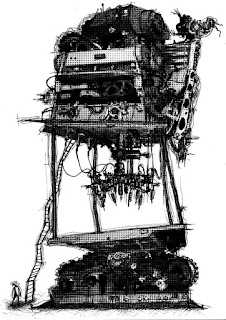 "An epoch is always a specific configuration of libidinal economy around which is constitute as an ensemble of tertiary retentions (that is to say technical support of collective retentions) formed by their apparatus a new technical system which is also a retentional apparatus."
Read more »
Posted by unemployed negativity at 11:54 AM No comments: 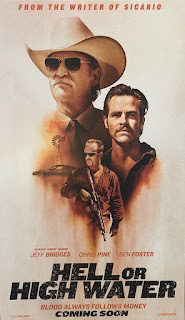 Gilles Deleuze writes of the western “…the American cinema constantly shoots and re-shoots a single fundamental film, which is the birth of a nation-civilization…” Placed in the terminology of a different philosopher, we could say that this "birth" is the moment where the Repressive State Apparatus, or violence, is supplemented and supplanted by the order of ideology, by the Ideological State Apparatuses. Such philosophical embellishments do not tell us anything new. That the Western is about the transformation from violence to order is on the same interpretive register as the common wisdom that the monster of the horror film stands in for some actually existing horror; it is so integral to the genre it is barely an interpretation at all. Everyone knows that "When the legend becomes fact, print the legend" and that the gunslinger must, at the end ride off into the sunset, because the world he has created, a world of law and order, has no place for the violence that is its midwife.
Read more »
Posted by unemployed negativity at 11:52 PM No comments: