Debt Collectors: The Economics, Politics, and Morality of Debt 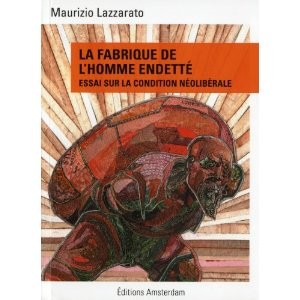 Any philosophical consideration of the politics of debt must perhaps begin with the fact that the entire rhetoric of debt, owing and paying one’s debts, is at once a moral and an economic vocabulary. This point is related to, but opposed to, Nietzsche’s well-known argument in the Genealogy of Morals. Whereas Nietzsche argued that morality, guilt, was simply debt, a payment in suffering for those who could not pay the price, an examination of debt reveals how much paying ones debts, paying one’s bills, is a moral imperative as much as an economic relation.
Read more »
Posted by unemployed negativity at 3:16 AM 9 comments:

Forgotten History: Finally Got the News

I do not have much to say about this, but I had to share it far and wide. It is a clip from Finally Got the News, a film about the League of Revolutionary Black Workers. It is inspirational and a reminder of how much we, all of us who are protesting Wall Street, are perhaps finally getting the news. These guys were critiquing Wall Street before it became cool to critique Wall Street.


Read more »
Posted by unemployed negativity at 10:23 AM 1 comment:

One of the first texts that introduced me to the Italian political traditions of Operaismo and Autonomia was Italy: Autonomia, Post-Political Politics published by semiotext(e). I found my copy at Moe’s books in Berkeley, and for years it was the pride of my little library. This was years before it was reprinted. I would show it to friends, and offer to make copies at work for whoever was interested, my personal act of auto-reduction and sabotage. I poured over the writings of Negri, Tronti, Bifo, and Virno, struggling to make sense of concepts that would change me over years to come. At the end of this book there is a comic by B. Madaudo Melville, detailing the kidnapping of Aldo Moro. This was immediately legible, brought to life in slashes of ink that immediately suggested a tumultuous time with thick strokes of ink.
Read more »
Posted by unemployed negativity at 9:26 PM No comments: