Negative Solidarity: Towards the Definition of a Concept 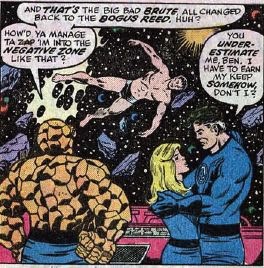 Even though it is not a recent post, I was struck by this post on "negative solidarity" on the blog splintering bone ashes. To cite from the blog:

"More than mere indifference to worker agitations, negative solidarity is an aggressively enraged sense of injustice, committed to the idea that, because I must endure increasingly austere working conditions (wage freezes, loss of benefits, declining pension pot, erasure of job security and increasing precarity) then everyone else must too. Negative solidarity can be seen as a close relation to the kind of ‘lottery thinking’ the underpins the most pernicious variants of the American Dream. In lottery thinking we get a kind of inverted Rawlsian anti-justice- rather than considering the likelihood of achieving material success in an unequal society highly unlikely and therefore preferring a more equal one, instead the psychology of the million-to-one shot prevails. Since I will inevitably be wealthy in the future, this line of thinking runs, I will ensure that the conditions when I become wealthy will be as advantageous to me as possible, even though on a balance of realistic probabilities this course of action will in fact be likely to be entirely against my own interests. More than lottery thinking, which is inherently (if misguidedly) aspirational in nature, negative solidarity is actively and aggressively anti-aspirational, utterly negative in the most childish fashion, and drives a blatant “race-to-the bottom”. Negative solidarity operates under the invisible, though clearly contradictory and self-refuting, assumption of reflexive impotence. I will endeavor to campaign for the lowering of working standards since I must suffer the same lowered standards, because there is only one direction in which the thermodynamic system of socio-economics can run: towards the abject exploitation of sump-end post-Fordist (faux-free market) Neoliberalism. When the Tories talk of social solidarity in the face of the consequences of the financial crisis, it is clearly negative solidarity they have in mind."

There is something about this formulation that seems unavoidable to me. There is no shortage of this evidence for this perspective. Just look at this article in the New York Times about the prospect of a BART strike titled "Changing Attitudes on Labor Color Bay Area Transit Dispute." The whole point of this piece is to argue that the traditionally liberal and union friendly Bay Area is not friendly to the idea of a BART strike. The article is filled with quotes that demonstrate this "negative solidarity" in which opposition to the union is framed in terms of the precarious and vulnerable position of those without such protections. To cite one of the "man on the street" interviews from the article, “Given the economy, I think the unionized people should be breaking even, not necessarily getting ahead,” she said. “There are a lot of workers out there who don’t even have a union or a pension or health care benefits." This perfectly illustrates the negative solidarity outline above. Lack of a pension, or of health care, becomes an argument against those who still maintain such basic standards of living, a case against them, not an argument for everyone to be given the same basic rights. There is no aspiration, no hope for a better condition, the only we can collectively move is down. I think that one can argue negative solidarity has become the dominant ideological and affective response to the current economic crisis. As the promises and fantasies of neoliberalism fell apart the result was not, as many hoped, widespread anger against the system, but generalized fear coupled with anger towards anyone who seemed too stable, too secure, too content. Teachers and public workers, rather than bankers became the villains of this story.

Adam Kotsko has critiqued the logic of this argument recently on his blog.  I am less interested, however, in pointing out the flaws in this logic of negative solidarity than understanding its particular genesis and causal conditions. I am interested in moving beyond a "descriptive theory," a concept that seems to match up with our experience, or the experience cited in the Times towards a more comprehensive theory. Specifically, I am interested in thinking this along the lines of what I have called, following Lordon, "the affective composition of labor."

The contemporary composition of labor that defines negative solidarity is one dominated by fear rather than hope, by the pervasive uncertainty of one's position and future. The institutional dimension of this composition are fairly clear, a loss of the institutional conditions of solidarity, such as unions, parties, etc., but even this explanation seems too simplistic. If negative solidarity means anything it indicates a transformation of not only the general affective sensibility, but also the imagination. Its causal conditions must be sought not just in the change of institutions, but the change of ideology. Here it is useful to cite the generation of negative solidarity in the myths of the "welfare queen" or her son, the surfer on food stamps, which have channeled anger and ressentiment towards the powerless through fictions of their supposed enjoyment. To grasp negative solidarity is to understand the way in which the institutional transformations of the recent decades (the order and connection of forces) and the ideological dimensions (the order and connection of the imagination) have combined to create a pervasive sense of hopelessness, powerlessness, and misdirected hostility.  I have not offered much towards this here, just a provocation for future research. It does seem that negative solidarity needs to be understood, and transformed.  I am not advocating a return to the old institutions, just that a recognition of collective power requires some organization, some solidarity, in order to be something more than an abstract idea. The task is to go from a negative solidarity towards a solidarity of negation, towards a collective transformation of our economic and political condition rather than a collective acquiescence to its most virulent dimensions.

Speaking of future research. I have returned to this concept as of late here is a presentation on the concept at a conference in Berlin.

Posted by unemployed negativity at 10:03 AM

Interesting post about a subject I've noticed for some time with increasing concern. Clearly envy plays a role in this downward spiral. It also links up with the idea that anyone better off is undeserving of their benefits. I most often hear this from bitter, financially insecure white guys who maintain all sorts of myths about Vietnamese immigrants all being given free cars, Mexicans getting free health care, Union Goons being paid not to work and so on. These myths are not accidental, they have been carefully fostered by the right. Off the top of my head I wonder if there is a point where union membership drops low enough that too few people know union workers to compare their reality against myth.

Your inclusion of lottery thinking is insightful (it reinforces my own thoughts). It's not just Vegas anymore, state lotteries advertise heavily in support of such thinking. Shows like Who Wants to be a Millionaire, the Voice, America's Got Talent all encourage the fantasy that you can be plucked from obscurity and transformed into a superstar if only you can get on the right show. It's a bizarre inversion of what passed for "conservative" ideals of hard work and thrift.

I've just come across this article and post above. If only someone else had heeded this article pre-Trump! The post above is almost the exact profile of his cult following. Interesting to see what the result was of the financial crash that let to this; a billionaire President who appears to have been appointed by Russia in the USA and Brexit across the pond which is hell bent on breaking up European stability, headed by Farage also supported by Russia. Perhaps only Russians fully understood the severity of public feeling enough to exploit it.