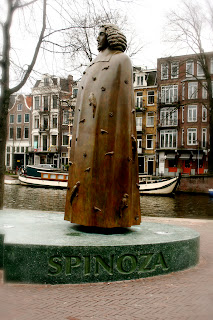 The socio-political, or the social, has been out of favor for some time now. Perhaps this started with Hannah Arendt’s influential critique, which defined the social as the nebulous space that blurred the necessary distinctions of home and polis. Beyond that, and closer to hand, there was perhaps the dominance, semantic and otherwise, of the ethico-political; a phrase that was initially associated with Foucault but soon spread to various attempts, including those that were anti-Foucauldian, to articulate politics with ethics. Politics would be henceforth founded on ethics, whether it be the ethics of human rights and communicative reason or the infinite alterity of the other. The dominance of this term was followed by the recent revival of the political, understood as prescription, or the axiom of equality, separated from any engagement with economy or society. This evasion of the social at the level of political thought has been doubled with rise of new materialisms that define the material is cosmological or vital terms, throwing out the “historical” or “dialectical” baby with the correlationist bathwater.
Read more »
Posted by unemployed negativity at 1:35 PM No comments:

The Affective Composition of Labor

Of all the various concepts, innovations, and interventions of “autonomist Marxism,” perhaps the most well known is the so-called autonomist hypothesis. This idea, first developed by Mario Tronti, and publicized by Michael Hardt and Antonio Negri, fundamentally argued that resistance precedes and prefigures exploitation. The appeal of this hypothesis almost goes without saying, it makes it possible to see not capital, or Empire, everywhere, to see living labor and the multitude in place of exploitation and domination. However, its limitations are just as clear, it is too easy to simply identify this “hypothesis” with an unproblematic assertion of the ubiquity of resistance, of an insurrection that it is all the more impotent as it is everywhere. Thus, as something of an alternative, I propose that we take a different concept as our starting point, one that is perhaps more analytical, more of a conceptual problem than a political assertion. This concept is “class composition,” which can be broadly defined as an examination of the social, technological, and political composition of class, the structure of work, its relations of command and hierarchy, as well as the political articulation of the class, its cohesion and antagonism.

It is perhaps true that every generation treats the revered thinkers of the previous generation as a “dead dog,” to quote Marx’s famous phrase. When I was in grad school I remember that Sartre in particular was dead to us, too tainted by humanism to be interesting. This was of course a shame. From a rather cursory observation of current conferences and publications it seems that a similar fate is befalling Derrida, Foucault, and Lyotard. This may just be another example of a generational shift, but it also may have to do with the revival of interest in Marx and Marxist thought. (The "dead dog" of their generation.) Thus, focusing on one of these figures in particular, namely Foucault, I offer the following two paragraphs, paragraphs edited out of a published piece, as something of a provocation.
Read more »
Posted by unemployed negativity at 1:30 PM 7 comments: