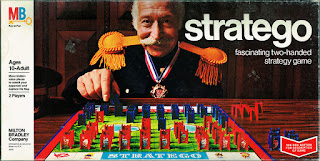 Once in class a student said, "Bernie Sanders wants to give free tuition to everyone: I can't pay for everyone else's tuition I am having a hard enough time just paying for my own." My interest in this statement has less to do with the merits of Bernie Sanders campaign, or such promises, than its strange logic. I admit that I almost had a stifle a laugh when this was uttered in class. I wasn't trying to be mean, but I thought that the student must by joking. When I saw that he wasn't, that he did not grasp the contradiction at the heart of what he was saying, it struck me as a stunning example of negative solidarity.
Read more »
Posted by unemployed negativity at 10:19 AM 3 comments: 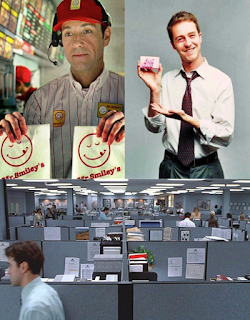 On first glance nothing much connects American Beauty, Fight Club, and Office Space except the fact that they came out in the same year, 1999. They are distinct in terms of their genres, middle brow prestige picture, pseudo underground action thriller, and comedy, and their reception; the first was a critically lauded Oscar winner, the second a critically reviled cult film, while the third found its audience through repeat viewings on cable, making it a more passive sort of cult film. Despite these differences of genre and audience they are linked in that all films about the refusal of work.
Read more »
Posted by unemployed negativity at 7:09 AM 3 comments: