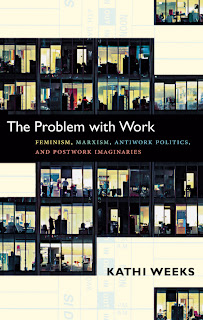 Hegel famously proclaimed that the owl of Minerva flies at dusk, that an age could only be comprehended in thought as it fades. Any attempt to extract predictions or descriptions of the present from his writing seems doomed from the beginning. However, Hegel’s Philosophy of Right offers an account of the contradiction of work that would seem to contain a kernel of the present. This contradiction comes to light in any attempt to resolve the problem of the rabble, of those who have lost their jobs to the perfection of the division of labor.  The rabble have not only lost their income but their social standing. As Hegel writes:
Read more »
Posted by unemployed negativity at 11:43 PM 7 comments:

Starting from Year Zero: Occupy Wall Street and the Transformations of the Socio-Political 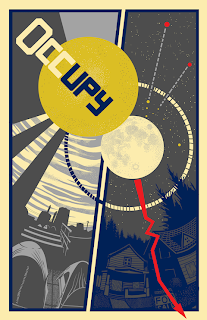 Day and Night, by Occuprint

To consider what Occupy Wall Street has to do with philosophy, to Occupy Philosophy, is already to depart from one of the longstanding dictums of the relationship between philosophy and political invents. I am thinking of Hegel, who as much as he argued that philosophy is its own time comprehended in thought, also famously argued that philosophy can only comprehend its own time retrospectively, can only paint grey on grey once the ink has dried. Occupy, or OWS to use a preferred moniker, preferred not because it ties the movement to the hashtag, making it one of the many instances of the supposed twitter revolutions, but because it abstracts the movement from a specific place making it a general political transformation and not a specific occupation, is very much an active movement. Any statement about it, about its ultimate meaning, possibility, or limitations, must confront the fact that it is still in the process of shaping and forming.
Read more »
Posted by unemployed negativity at 12:33 PM 2 comments: