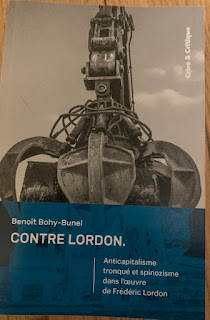 It took me awhile to track down a copy but I finally found Benoît Bohy-Bunel's Contre Lordon: Anticapitalisme tronqué et Spinozisme dans l'oeuvre de Frédéric Lordon. Since I have read nearly everything by Lordon and become increasing ambivalent, torn between those elements of Lordon's thought that I completely agree with, such as the economy as an organization of desire, and those that I have issues with, such as the idea of the state and economy as insurmountable conditions for collective life. It is perhaps not accidental that this division more or less separates the earlier from the later work. I had hoped that reading a critique, even a polemic, such as Bohy-Bunel would help orient my own thinking.
Read more »
Posted by unemployed negativity at 8:51 PM No comments:

Two Versions of an Extinction: Prehistoric Planet and Jurassic Park 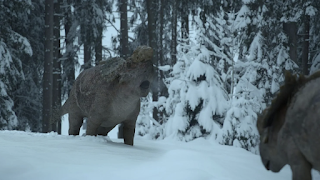 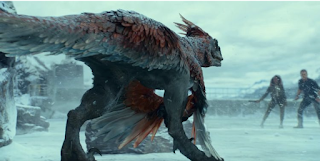 A similar image of dinosaurs in the snow circulated at about the same time from two very different sources. The first, above, was from Prehistoric Planet as series on Apple TV, and the second was from the trailer of the latest Jurassic World film. These images reflect the changing scientific theories of the dinosaur which have shifted from slow scaly reptiles to what are now considered smart, fast, feathered, warm blooded animals. This is especially true of the former which uses CGI and paleontology to produce a kind of Planet Earth for the prehistoric world (complete with David Attenborough providing narration). The latter is less fettered by science, but has used some recent discoveries, smart velociraptors hunting in packs, T-Rex's that walk with its parallel to the ground like land sharks, and so on when they have served the story.
Read more »
Posted by unemployed negativity at 9:14 AM No comments: 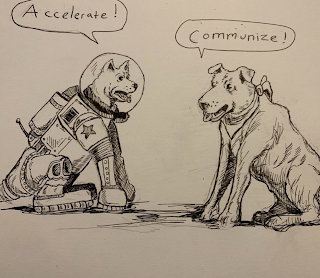 Read more »
Posted by unemployed negativity at 7:14 AM No comments: