Ends of Man: Cynicism and Sentiment in Nightcrawler and Interstellar 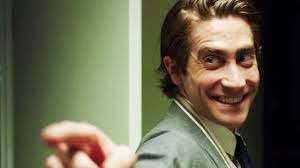 OK. I am going to make this quick. I saw two films this weekend, Nightcrawler and Interstellar,  and since I am me, many people expected me to blog about them. I am way too busy for such things, but like Louis Bloom (Tiqqun reference?) pictured above, I aim to please my fans and my own craven ego, I thought that I would try a quick post wrapping up my impressions of both films.
First, an epigraph of sorts, which might sum up the whole thing:

It is no longer the age of cruelty or the age of terror, but the age of cynicism, accompanied by a strange piety. (The two taken together constitute humanism: cynicism is the physical immanence of the social field, and piety is the maintenance of a spiritualized Urstaat; cynicism is capital as the means of extorting surplus labour, but piety is this same capital as God-capital, whence all the forces of labour seem to emanate.) Deleuze and Guattari

Starting with Nightcrawler. As my friend Andrew already pointed out on facebook, it would be a mistake to take this film at face value as another critique of the news media. As such it does not say anything that Network already said decades ago; hell, it does not say anything that Don Henley did not say. It is the standard sensationalist critique of sensationalism. With the exception of cellphones and GPS the film feels like it could have been made sometime in the eighties.

Where the film works is at the level of dialogue, and to some extent Jake Gyllenhaal's performance as Louis Bloom. In the opening scene of the film, Louis Bloom in selling stolen scrap metal at a junk yards, asks the owner if the owner would consider him for an "intership" if not a job. Later, when his business of selling video to the news has begun to take off, he offers an internship to his first employee, an internship that is ultimately working for free. Throughout the film Bloom is someone who has internalized all the watchwords of neoliberal buzz speech, sounding like a walking talking corporate self-help manual. He applies this rules of networking, of mutual beneficial partnerships, and of his own eagerness to everything from his job, romantic relationship, and murder. The film is less a new Taxi Driver for our times than a new Eichmann in Jerusalem.

While Nightcrawler gives us vague intonations of humanity collapsing into a ceaseless drive for profit and fame, Interstellar gives us a more explicit apocalypse. It starts with mankind on the brink of collapsing in what can only be referred to as a retro-apocalypse complete with references to the Dust Bowl. (It has the odd distinction of being the second science fiction film in recent years to be set in a farmhouse surrounded by cornfields) Apparently it is easier to imagine a global return to the ecological disasters of the past than to imagine the coming catastrophe of global warming. In this agrarian future where everyone is a farmer (given the emerging localvore movement it is hard to tell if this is a utopia or dystopia) mankind's aspiration towards the stars is a distant memory. The schools of the future even teach that the Apollo space program was faked as an act of cold war ideological brinkmanship. It is a future of diminished expectations on a species wide scale (rather than the individual scale of pursuing internships). 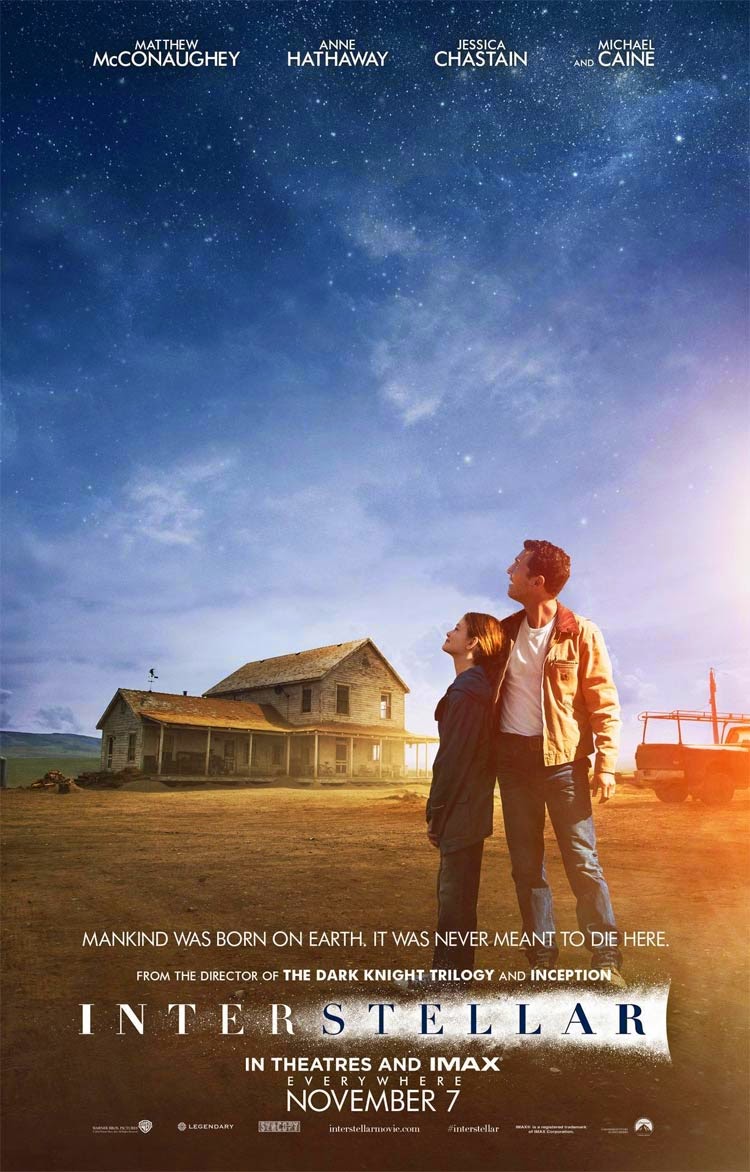 It turns out that NASA is not a myth, or even dead, just hiding out from a world that can no longer justify government spending on space programs. NASA has a plan to find a new home for humanity. There are actually two plans both of which involve using a wormhole to find a new home for mankind. Plan A is for all of humanity to leave on a giant spacecraft, but that involves reconciling general relativity with quantum mechanics or something or other involving equations on chalkboards; Plan B, on the other hand, just involves getting a spacecraft filled with frozen embryos onto a new planet.  (it is never clear how those embryos will come to term without humans, but perhaps someone has been reading The Dialectic of Sex) These plans are differentiated not just in terms of their technical feasibility, but in terms of what motivates them. Plan A saves not just the world, but the family, specifically Matthew McConaughey's family, while the later just saves the species.

The closest thing that the film has to a villain is one of the explorers who has gone out into space as part of an advance team, surveying possible planets on the other side of the galaxy. It is this advance team that the ship piloted by McConaughey's Cooper is following into space, returning to the planets that have proven to be the most promising. It turns out that one of the scientists in this advance team has been fabricating the data from his planet, making an uninhabitable planet appear promising, thus ensuring that he would be rescued. (perhaps this why the film does not mention global warming). The revelation of his treachery dovetails with another revelation, it turns out that Plan A is a lie, a noble lie. The NASA scientists knew it was impossible, but also knew that being able to save one's family is the necessary motivating force for the explorers. The object of saving all of mankind is too abstract to motivate the necessary sacrifice and courage to travel to the ends of space. Thus, in the film's middle act we get something of a little dialectic: self-interest, or at least the extended self-interest that encompasses the family, is necessary to motivate the object of saving the species, but this same self-interest risks sabotaging the mission. The cunning of reason is a government sponsored program.

At first glance the film would pit those who are motivated by the universal against the self-interested individuals who only want to save themselves (and by extension their families). Feuerbach versus Stirner II: The Nineteenth Century at the End of the Universe. However, things are not so simple. First of all the true heroes of species being, the astronauts who think only of the greater mission, all get killed for their dedication. Second, Coop refuses to give up on his family, and is willing to plunge into a black hole to do so. It is this eventual reunion of the family, a reunion that bends the laws of space and time, that provides the film with its maudlin conclusion.