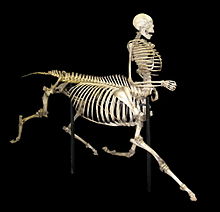 I have written about this “economy” before, even offering something like a Spinozist critique of it. However, I bring it up again because it strikes me that the “Spinoza effect” is, or ought to be, something more than, or at least other than, a more wordy version of READ SPINOZA! READ MY BOOK ON SPINOZA! Two recent books which demonstrate what might be at  stake in reading Spinoza are Filippo de Lucchese’s Conflict, Power, and Multitude in Machiavelli and Spinoza and Hasana Sharp’s  Spinoza and the Politics ofRenaturalization. These books are not only excellent studies of Spinoza, but of what the Spinozist turn might mean for thinking about politics and the politics of philosophy itself.


The invocation of Machiavelli’s connection to Spinoza has been written about in multiple places, and the lineage plays a fundamental role in Althusser and Negri’s construction of a materialist minor tradition of Machiavelli, Spinoza, and Marx. Del Lucchese’s book is situated in terms of both these, but is neither a dry scholarly study of influences nor a manifesto proclaiming a new materialist tradition. It is instead a reading of Spinoza and Machiavelli together, as both singular works and a profound philosophical relation, a relation in which Machiavelli and Spinoza transform each other.


The transformative effect of reading Machiavelli with Spinoza can be seen the clearest with respect to “conflict.” Conflict is a word that is often understood to be synonymous with Machiavelli, yet absent from Spinoza’s geometric exposition. Reading the two thinkers together separates “conflict” from any pure celebration of conflict for the sake of conflict, something which often burdens readings of Machiavelli, while simultaneously liberating Spinoza’s thought from a static order. Del Lucchese argues that Spinoza and Machiavelli share a perspective in which conflict is both unavoidable, grounded in an originary resistance, and capable of being ordered. Politics is not a matter of surpassing conflict, of transcending some kind of state of nature, but of structuring it, making it productive of virtue and political structure.


Del Lucchese’s readings move beyond a transformation of Machiavelli and Spinoza to engage with the terrain of shared concepts and problems that have become central to contemporary philosophy. The most important of these is the concept of the “multitude.” Del Lucchese presents a realist reading of the “multitude,” one that reconciles Matheron's assertion that the "elementary form of democracy is the lynch mob" and Negri's identification of the multitude with the liberating force of the common.  The multitude is fickle, but this has little to do with the multitude as such, but to the individuals who make it up. Individuals that are by definition finite, torn between mankind's status as animal and intelligence, affects and intellect.


“This is the paradox associated with the multitude. Its weakness and vices are not due to its multiplicity qua multiplicity, but to the single individuals who expect to make themselves universal; in other words, to the predominance of the disjunctive elements (which isolate the individual, creating a serial multiplicity) over the connective elements (which turn the multitude into a place of relationship and exchange, including conflictual ones) between individuals who interact with each other."

Del Lucchese's assertion separates any thought of the unstable nature of the multitude from the "madness of crowds," from the longstanding idea of the apriori irrationality of crowds. The multitude is rational and affective precisely because the individuals composing it are as well. This does not mean, however, that there are nothing but individuals. This is not a methodological individualism. Individuals, like multitudes, are more or less affective, more or less rational. Individuals and multitudes are not separated from each other. Thus, the political task is to create an order which not only utilizes the transformative force of conflict, but also produces virtuous individuals and rational multitudes. This conception could be called transindividual, but Del Lucchese prefer's Nancy's idea of being single plural. 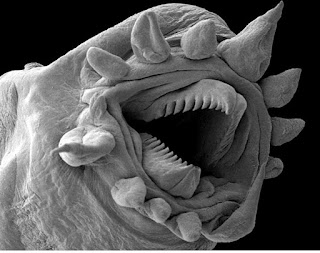 If the central target of Del Lucchese's book could be considered the division between individuals and collectivity, then the central target of Sharp's book could be considered the division between mankind and nature. Sharp begins by interrogating the longstanding assumption of "denaturalization" as a critical strategy. In the various critical practices of feminism, anti-racism, queer theory, etc., the unstated critical strategy is denaturalization: take any identity, practice, or desire, and reveal how it is the product of social forces, etc. Social construction is the watchword of this practice, and its most well known practitioner is Judith Butler and her idea of "gender as performance." Sharp argues that Spinoza offers a different strategy, not the social at the heart of nature but nature at the heart of the social. As Sharp writes:


"Renaturalization differs from many approaches to social construction in that it does not aim to revolutionize consciousness alone or to relabel objects that once appeared natural as social (i.e. the effects of human agency). Rather, it is a practical theory that seeks the nonhuman forces operating within everything we think is ours, or our own doing."


Sharp has much to say about affects and bodies, but her book is not limited to this aspect. Renaturalization means seeing that the "order and connection" of ideas is the same as that of bodies. Ideas are determined by the same relations of causality, relations that are always something other than the force of the better argument, encompassing affective dimensions. Ideas, like everything, are finite, and finite things need to combine with other forces to flourish. There is an ecology of ideas.  Any theory of ideology, as Spinoza and Althusser understood, must first dispense with the idealism of ideas, recognize the materiality of ideas in terms of their causes and effects.


Ideas have to be combatted or disseminated not just according to their reasons but according to their affective dimension, the joy and sorrow associated with different ideas. To take a favorite object of Spinoza's critique, the idea of autonomy, of being a "kingdom within a kingdom," is very enjoyable, so much so that the proverbial worms and flies also enjoy thinking of themselves as autonomous and central to their own little worlds.

Taken together del Lucchese and Sharp's books demonstrate how much Spinoza's thought breaks with the spontaneous ideology of philosophy by dispelling both the superiority of the individual to the crowds and of thought to bodies. Two ideas which are interconnected. To paraphrase Althusser, del Lucchese and Sharp demonstrate how Spinoza is not just a new philosophy of practice, but a new practice of philosophy.

Posted by unemployed negativity at 5:42 PM