How the World of Fiction Became True: On The Department of Truth 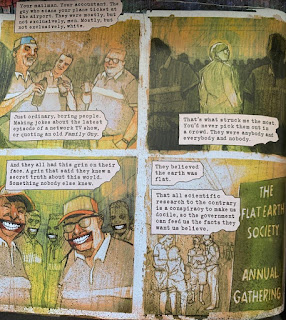 From The Department of Truth by James Tynion and Martin Simmonds
I have not been to my local comic book shop in a year. I went once in the summer to pickup a few things curbside, but that limited to me to pick up a few things in my pull list. I have not walked idly through the racks looking at new comics, searching for that elusive new thing that would be worth reading in a long time. I have even spent some time going back and reading old comics (as I blogged about here.) The collected trade of the first five issues of The Department of Truth is the first thing that I have read in months to break this pandemic imposed interruption of comics.
Read more »
Posted by unemployed negativity at 11:49 PM No comments: 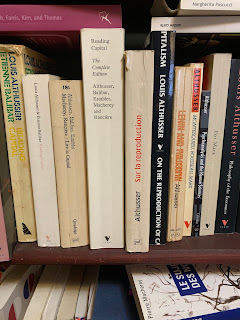 Read more »
Posted by unemployed negativity at 8:21 AM No comments:

Everyone is Disposable: On Ogilvie's L' Homme Jetable 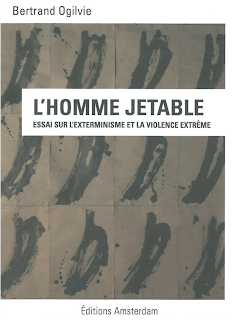 Yesterday, two things happened, one I spent a better portion of the day preparing a lecture on James Boggs' The American Revolution ; Pages from a Negro Worker's Notebook (You can listen to it here for what it is worth) and thinking about his description of automation and the creation of a surplus population. At the same time I was also thinking about the governor of Texas decisions to "open up" the state in the middle of a pandemic, ending all restrictions and social distancing measures. Together this made me think of Ogilvie's concept of a "disposable human being," (l'homme jetable), a concept, or rather mode of investigation that seems all the more important in an age in which much of the world is being treated as disposable. I was surprised to see that I had never directly blogged about this concept despite the fact that I had written about Ogilvie before. I did, however, have a reader's report I wrote on Ogilvie's book, arguing that it should be translated. It is a thorough review, but not the most engaging. I decided to repost it here in the spirit of generating interest in Ogilvie's work.
Read more »
Posted by unemployed negativity at 11:59 AM No comments: