Fighting for Subjection as if it was Rebellion: Spinoza and Servitude Today 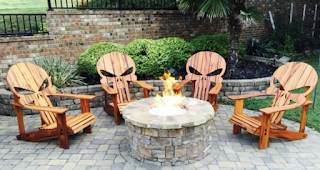 As I have already indicated on this blog more than once, Spinoza's formulation of subjection remains in some sense a guiding question for me.

"...the supreme mystery of despotism, its prop and stay, is to keep men in a state of deception, and with the specious title of religion to cloak the fear with which they must be held in check, so that they will fight for their servitude as if for salvation, and count it no shame but the highest honour, to spend their blood and lives for the glorification of one man…" --Spinoza, Tractatus Theologico-Politicus 1670

So much so that I would be willing to agree with Gilles Deleuze and Félix Guattari when they repeated it three hundred years later.

"That is why the fundamental problem of political philosophy is still precisely the one that Spinoza saw so clearly, and that Wilhelm Reich rediscovered: “Why do men fight for their servitude as stubbornly as though it were their salvation?” --Gilles Deleuze and Félix Guattari, Anti-Oedipus: Capitalism and Schizophrenia 1972

In reframing the problem from salvation to rebellion I am in some sense shifting the focus from the religious nature of subjection, central to the TTP, towards a more inchoate political dimension. However, I am doing so within the terms of Spinoza's problem. First, and most broadly maintaining Spinoza's most important challenge to theories of subjection; namely, that subjection has to be understood as something that is passionately pursued rather than passively endured. Second, and more generally I am maintaining what could be called Spinoza's dialectic of obedience.  On this point I am following Macherey's reading of the TTP .

What Does it Mean to Obey

In the Tractatus Theologico-Politicus, Spinoza gives two different statements regarding obedience that constitute something of a dialectic. The first, in keeping with the idea of a social contract, differentiates between subjection and liberty by considering the motives or reason underlying one’s actions, searching for the rational core of obedience. That one obeys the rule of a sovereign is not enough to consider something obedience, “the reason must enter into account.“ There are sometimes where are obedience to the law is nothing other than rational behavior, stopping at a stop light is as much about self-preservation as it is obedience to the law. Obedience, servitude is reduced to those moments when we do something that is not in our interest. This first thesis of obedience is corrected and contradicted by a second thesis in the following chapter which Spinoza states that obedience is a matter not of inward motivation, but of outward compliance. It is the simple fact that one’s action corresponds with that of the sovereign, or ruler that constitutes obedience regardless of one’s motives or desires. This focus on the effect rather than the cause, the action rather than motivation, opens up the terrain of possible ways that people can be made to obey. As Spinoza writes,
For whether a man is urged by love or driven by a fear of threatened evil, since in both cases his action always proceeds from his own intention and decision, either there can be no such thing as sovereignty and right over subjects or else it must include all the means that contribute to men’s willingness to obey. Whenever a subject acts in accordance with the commands of the sovereign power, whether he is motivated by love, or fear, or (and this is more frequently the case) a mixture of hope and fear, or by reverence—which is an emotion compounded of fear and awe—or whatever be his motive, he acts from his ruler’s right, not from his own.
In many ways Spinoza’s point here is the opposite of his contemporary Hobbes. Whereas Hobbes wanted to claim that fear and liberty were consistent, that we are still free to act even when threatened with force, Spinoza claims that obedience and hope are consistent, that we can be compelled by our desires and joys as much as our fears. The carrot is as much a part of political power as the stick. More to the point, Spinoza’s dialectic of obedience, simultaneously reducing it to the bare minimum, to only those actions which counter our self-interest, and expanding it to include every possible motivation, including self-interest, is an attempt to deal with another problem that Spinoza outlines in the same two chapters, that of the relation of right to power. While Spinoza begins with a sort of social contract, in the next chapter he adds that such a picture is only a theory, right is power and thus cannot be transferred. This inalienability of power hinges upon its material identity with body, right is our power to exist, and ultimately the irreducibility of the way one makes sense of the world. As Spinoza writes,
It would be vain to command a subject to hate one to whom he is indebted for some service, to love one who has done him harm, to refrain from taking offense at insults, from wanting to be free of fear, or from numerous similar things that necessarily follow from the laws of nature.
Interpretations are founded upon past encounters, past relations and habits, what Spinoza calls ingenium, a word that is translated as habit or character. This character, or habit, is both the irreducible ground of politics, people cannot surrender their right to feel, understand, and think, and it is the terrain of politics, it is ultimately what is acted to produce obedience.
The most effective form of control or obedience is when people obey the state, or capital, while appearing to obey only themselves. Just as desire has to be understood as an effect, a product of social relations and individual biography, obedience too is an effect of the habits and relations that shape thoughts and desires. These practices and habits attempt to shape the character of individual character (what Spinoza calls ingenium) in accordance with a collective national or religious character, creating the same associations, the same desires. Resolving the double bind so that people obey the sovereign in appearing to obey only their own desires. As Spinoza writes in describing the rule of Moses in Ancient Israel, “Therefore to men so habituated to it obedience must have appeared no longer as bondage, but freedom.” Spinoza investigated avant la lettre what Maurizio Lazzarato called “noopolitics,” the ensemble of techniques that act on ideas and desires, shaping attention and memory. Or to put it in Spinoza’s terms, if character, ingenium, is the inaliable ground of politics, unable to transformed, then politics acts on the conditions of this character, shaping the fears, desires, and associations that are the basis for thought and striving
Rebellion as Obedience 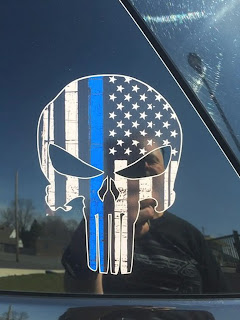 The example that Spinoza gives, that takes up most of the analysis of the TTP, of the ingenium of individuals matching the state is one of not only obedience, but of authority--specifically religious authority. It is a picture of people whose every action, from diet to dress, is dictated. However, I do not think that exhausts the politics of the ingenium. I would suggest that in our age the most effective form of control is the one that not only disappears, concealing itself in the desires that it produces, but ultimately makes those who are most in line with its demands perceive themselves as not only independent but ultimately rebels.
To start with one anecdotal point. The ongoing protests against vaccinations, social distancing, masking requirements, and other precautions against Covid present themselves as not only independent thinkers, but as those who are standing up to control. At the moment that I am writing this, when the combined effect of the Delta Variant and low vaccination numbers are driving cases up, but schools plan to reopen and, with few exceptions, there is very little talk of imposing vaccine or mask mandates let alone social distancing. In some states the plan is seems to be to just go back to normal at all costs, let the dead bury the dead and the chronically ill fend for themselves. The anti-maskers and anti-vaxxers have won. While this varies from state to state, at the federal level I am fairly sure that we will not see another aid/stimulus package. The focus seems to be on the opposite, of undoing whatever damage the existing aid packages have done to this countries appetite for cheap labor.
Of course this is only one connection, one place where rebellion is nothing other than subjection. In order to move beyond the anecdote and avoid falling into a conspiracy theory it is necessary to make a deeper connection between the ingenium, the character, of a perpetual resistance to an imposed authority, and the way that actual authority rules. Of course on this point, in a capitalist society, we have a state that has as its goal and method of governing leaving people to the mercy of the market. So there is a certain way that rebellion against even the minimal procedures and protections that the state affords serves the interests of capital. Opposition to the fictions of the Affordable Care Acts death panels puts people at the mercy of private insurance companies. Rebellion to the state is in the interest of capital.
Even this statement needs to be qualified, examined in terms of the specifics of rebellion in terms of who is rebelling and what they are rebelling against. If the January 6--whatever we could call it taught us anything is that there are rebellions that must be punished, such as Black Lives Matters, and rebellions that actually sustain the existing order. As Joshua Clover put it, sometimes the police are not police enough. This might explain the appeal of the Punisher logo, a police force that dreams that is a vigilante force is one that admits that it enforces other laws than the ones that are on the books.
Such a structural condition is not even enough of a connection. For the past few years, on this blog and elsewhere I have tried to characterize the particular character of rule through rebellion, framing it in terms of negative solidarity, Silva's mood economy, or Castel's negative individuality, borrowed concepts for a problem I am still thinking through, and won't work out in this blogpost. It does seem to me that we are living through an era in which a kind of negative hegemony, a hegemony of rebellion, dissensus, and indignation (to use another very Spinozist term) is the dominant means of rule. Even our dominant conspiracy theories such as Qanon, are not theories disseminated by a central point or text, but more or less choose your own adventure templates that allow people to add their own angers and frustrations. At the basis of contemporary power there is not a docile subject, following the dominant hegemony, but a rebellious subject whose rebellion, to paraphrase Foucault, is the product of a subjection deeper than themselves.
Of course the problem is how to replace this pseudo-rebellion, a rebellion that serves capital while opposing the state, serves whiteness in opposing the "global order," with something that can actually be revolutionary. To go full circle, to return to Spinoza, it seems that we need to read the signs and symbols of rebellion the same way that Spinoza read scripture, finding the obedience beneath the promise of rebellion.
Posted by unemployed negativity at 11:45 AM

Thank you for your thoughts. I think negative solidarity sums it up. People becoming cohesive in incoherence. They can never accomplish anything other than disruption, the disruption keeping any social movement of value from taking place. I am amazed at our time. People cling to individuality while completely misunderstanding their total dependence on the society in which they live. A rebellion of conformists.