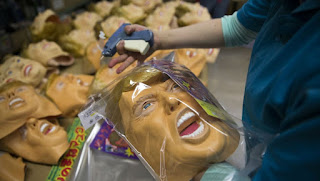 Read more »
Posted by unemployed negativity at 10:38 AM 1 comment: 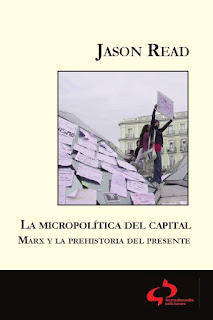 I did not really have an image for this post,
so I thought I would just plug the Spanish translation of my first book.

This a paper I wrote awhile ago. I never posted it, but thought I would now because a) I am working on some of the same problems now and b) I have no time for blogging now. b is basically an effect of a.

“…in the postindustrial age the Spinozan critique of representation of capitalist power corresponds more to the truth than does the analysis of political economy.”

The encounter of Spinoza and Marx is arguably one of the most productive encounters in contemporary philosophy. This encounter has several origins and multiple trajectories, its most recent wave begins with the works of Alexandre Matheron, Gilles Deleuze, and Louis Althusser, continuing into multiple waves, across different variants of Marxism and Spinozism. This encounter is not, as is often the case of the dominant forms of philosophical writing and research, a matter of discerning the influences that descend from one to the other, or the arguments that would divide them. It is rather an articulation of their fundamental points of intersection, points that are not simply given but must be produced by a practice of philosophy.
Read more »
Posted by unemployed negativity at 10:08 PM No comments: