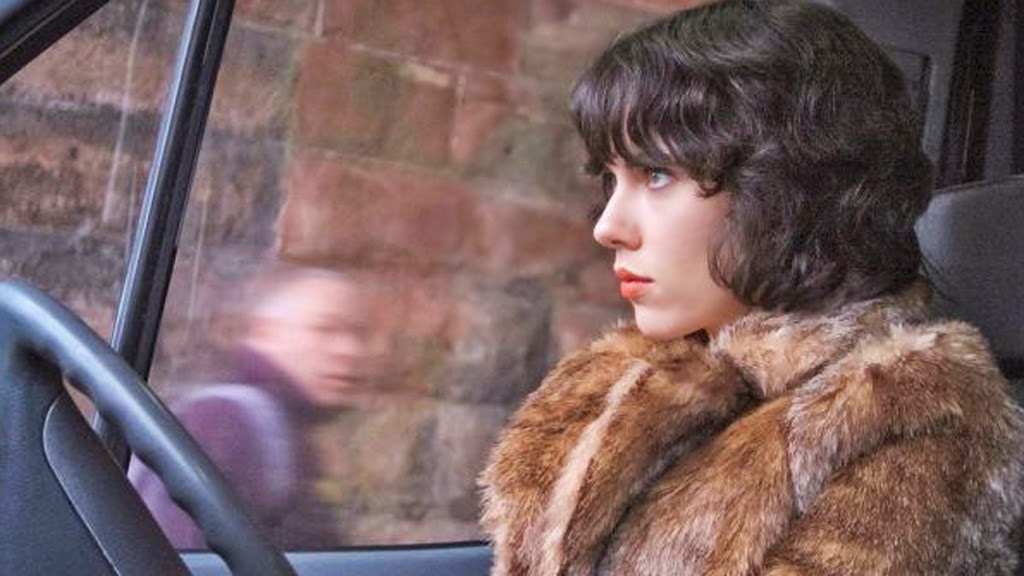 A few weeks ago I saw the film Under the Skin, a film that was better than I expected. The film unnerved me in a way that made it difficult to forget. The film is minimalist in dialogue, evocative in its use of images, and ambivalent in its overall meaning. Its basic plot concerns what is ostensibly an alien in human form (played by Scarlett Johansson), who travels around the Scottish countryside picking up men and…eating them? It really is unclear in all of the details of this alien on earth, there is no voiceover exposition, no scientist who figures it all out, just a series of scenes of uneasy seduction.

What makes the film interesting is the way in which the ambivalence of its narrative bears on the question of sexual difference. The film’s basic plot reverses a conventional narrative of sexual conquest in which men are always the agents, and women are always the objects. In the film it is Johansson’s alien that is on the prowl, hunting vulnerable men, but she does so mechanically—cruising in a car finding random strangers. She is presented as someone who has memorized a basic script. This script has two purposes; first, it identifies men who are alone, who will not be missed, and, second, it does the bare minimum of some kind of flirtation or seduction. The flirtation mostly consists of Johansson’s alien asking if the men find her attractive. The body is given as a substitute for any personality, any subjectivity. That the men fall so quickly for such a minimal seduction could be seen as either as the film’s failure to posit anything other than the fetish of Scarlett Johansson in place of character (and it is very much Scarlett Johansson we are given here, despite all attempts to disguise her appearance with a black wig, and we are given all of her) or a statement of the objectifying demands of heteronormative male desire.

It is possible to view the film as building and developing contradictions and ambiguities. These ambiguities stem from not just the way the film uses the fetishized object of Scarlett Johansson’s body, but genre and ultimately gender. The reversal of the typical gender roles, woman as hunter, men as hunted, intersects with the ambiguity of the figure of the alien, both lost and threatening. Johansson’s alien is someone that the audience are drawn to fear for as much as fear. Men are presented as always containing the possibility for violence, especially as she encounters them on dark roads, along isolated paths, and in parking lots, and as possible victims, especially as they strip their clothes off in the impossible darkness of her lair. They are victims because they are isolated and lonely; beneath the entire ritual of pick-ups, push-up bras, and bars, there are people looking for connection, for touch. This is exemplified in a scene where Johansson picks up a severely deformed man, a man who has so given up on contact that he does his grocery shopping late at night. After alien encounters this alienated man she sets off on a different path, giving up on her hunt and searching for some place in this world; a search that is inseparable from searching for some kind of pleasure---food, companionship, sex, etc.

It is tempting to read the film as an allegory of celebrity status itself—Johansson roams the country consuming desire, but is unable to enjoy food or experience companionship. She is fascinated and repulsed by her own body that interests others. However, it is also possible to view the film as using the “alienation effect” of the alien to render strange our own ideals of heterosexuality and the search for love, sex, and companionship. In making the familiar alien it also reveals the alienation at the heart of the familiar.

All of this ambiguity comes to an end in the film’s final scene:  a scene that turns the film’s proto-feminism into outright misogyny. Johansson’s eventually ends up seeking refuge in a hiker’s cabin. A forestry worker finds her there and attempts to rape her. In the struggle the alien beneath the human skin is revealed. The rapist then fetches a gasoline can from his truck and burns her. The film’s reference to the final reel of the alien invasion movie, in which the alien is finally killed, blown up, or frozen in ice, punctures its feminist pretentions. Woman is presented as monster. The natural balance is restored once she has been eliminated.

After watching the film I decided to read Michael Faber’s novel upon which the film is based. I expected that the novel to pin down some of the ambiguities of the film. However, I did not expect for it to be quite so prosaic even mundane in its portrait of alien life on earth. Being an alien on earth is just another job. This focus gives the book a certain brutality. Whereas the film gives us a series of disorienting images and sounds that convey some sense of the transformation of an alien being into Scarlett Johansson. The book depicts this transformation in all of the gory detail. She is an alien violently made into a woman—breasts augmented, body shaved of hair, and, in her case, tail removed, face remade. It is an illusion that must be sustained by force as an alien body is contorted into something that resembles an attractive woman.

Faber makes it clear that this appearance is only a partial semblance. The novel occasionally shifts perspective, recounting the experiences of the male hitchhikers she picks up. Each notes her appearance, finding something off about her face and skin, but most are too distracted by the fake breasts to care much. The film gives us the fetish that is the celebrity, while the novel reminds us that the objects of desire are much more partial.

The focus on the mundane and the details does not mean that novel is without its elements of cognitive estrangement, but this estrangement passes through the identity and difference of words rather than the ambiguity of images. As in the film the alien, now named Isserly, is on the hunt for isolated men to be harvested for consumption on her alien world. Only she does not refer to them as humans, but as vodsels. The term “human being” is used for herself and her kind. Throughout the novel familiar terms are used unfamiliarly, while unfamiliar terms are used for the familiar. As Faber writes describing this hunt:

Unemployed vodsels were always a good risk. Although to Isserley they looked just as fit as vodsels who had jobs, she’d found that they were often cast out from their society, isolated and vulnerable. And, once exiled, they seemed to spend the rest of their lives skulking at the peripheries of the herd, straining for a glimpse of the high-ranking males and nubile females they yearned to befriend but could never approach for fear of a swift and savage punishment. In a way, the vodsel community itself seemed to be selecting those of its members it was content to have culled.

Whereas the film primarily pivots around sexual difference which it both reverses  (making woman the hunter on the prowl for men), and exaggerates (mapping it onto the difference between man and alien) the book undercuts the exclusive focus on sexual difference with the daily realities of class and work. Isserley is not too different from the vodsels she hunts. We learn that she was once considered an attractive female amongst her kind, wined and dined by wealthy suitors who eventually tired of her and cast her back into her class (yet another echo of the Hollywood star system). Her job on Earth is only marginally better than a life in the “Estates” on her home world. This is not to suggest that the book ignores gender altogether, just that it presents it differently. In the film men and women are radically distinct, alien creatures whose relations can only be examined by inverting this opposition. In the novel, however, gender is a produced and reinforced by the work relation. The male aliens do the work of processing and transporting the vodsel meat, while Isserly is stuck in the front office, doing the emotional labor of luring men into her car. Isserley is as much alienated from her fellow aliens, forced to go out in the world as she is sexualized, doing the affective labor of seduction. She is ultimately alienated from herself, her own feelings and desires.

The parallels between the brutality of exploitation from the stars down to earth make the final difference between the book and the movie quite striking. As I have noted, in the film the alien eventually becomes sympathetic to the humans, first liberating one and then eventually ending the hunt altogether. In the book it is a wealthy alien, a visitor to the farm where captured humans are fattened up and processed, who suggests that the vodsels (us humans) might worthy of moral respect. Isserley is unmoved by this appeal, far more concerned with the way the wealthy aliens exploit the poor, sending them to a hostile planet to harvest what is essentially a luxury item. As Isserley responds to this bit of moral idealism, “Typical man: so obsessed with his own idealism he was incapable of feeling empathy for a human being suffering right under his nose.” In the novel Isserley eventually rebels; it is not out of sympathy for humans but hostility to exploitation.

What makes both the film and novel interesting is the way in which they map the “anthropological differences,” the differences between man and animal, man and woman, wealthy and working class, onto the difference between human and alien. This inverts some oppositions as men are picked up by women and humans are hunted, fattened up, and skinned by aliens. In doing so it calls into question the hierarchy and differences that sustain our ideas of men and women, humans and animals. To the extent that “the book is better than the movie” is in that it reminds us that these hierarchies are grounded not in some eternal and ineffable difference that makes “woman an alien to man,” but in the daily relations of exploitation and power. It is that reality that requires thought. To close with a citation from the novel,

“You know,’ he said, almost dreamily, ‘I sometimes think that the only things really worth talking about are the things people absolutely refuse to discuss.’ ‘Yes,’ snapped Isserley, ‘like why some people are born into a life of lazing around and philosophizing, and others are shoved into a hole and told to fucking get busy.”
Posted by unemployed negativity at 5:30 PM