Captain Contingent Versus Doctor Necessity: The Rise of The Superhero Genre 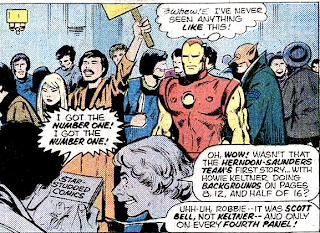 A combination of vacation travel reading and gifts made it so I read Dan Hassler-Forest's Capitalist Superheroes: Caped Crusaders in the Neoliberal Age and Sean Howe's Marvel Comics: The Untold Story over the same few weeks. At first glance these books could not be more different. Hassler-Forest's book deals with the superhero film viewed from the perspective of the political and cultural transformations of the post 9/11 era. In sharp contrast this treatment, Howe's book is a kind of "inside baseball" look at the history of Marvel Comics. Hassler-Forest's book is an entry in Zero Books catalogue, which seems destined to  single-handedly rescue cultural analysis from the excesses of cultural studies and the dismal "philosophy and [blank]" series at Open Court. Sean Howe is an entertainment journalist of a more traditional variety, albeit one whose "Deep Focus" series on films also tries to traverse the no man's land between the popular and the scholarly.  Despite these differences of perspective and approach, the two very different books converge on a singular object of inquiry, that of a dominant cultural form, the superhero comic and film.
Read more »
Posted by unemployed negativity at 11:24 PM 1 comment: 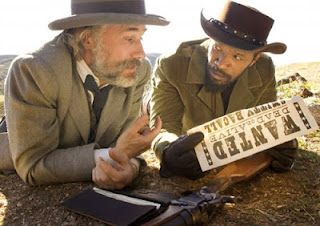 If the predictions of the handicappers and insiders are correct, then 2012 will prove to be a strange year at the Oscars. It will include two films that deal with slavery. This breaks not only a long trend which has kept slavery out of American Cinema, at least in the post-civil rights era, but with the general trend of comfortable distance that defines the pictures that win awards, films of safely bygone atrocities with heroes one can "identify with." Slavery featured more prominently in the age of apology and justification, forming the basis for the two canonical films, Birth of a Nation and Gone With the Wind, than it has in the decades in which racial hierarchy has been openly contested.
Read more »
Posted by unemployed negativity at 9:33 PM 2 comments: