Writing Degree Zero: or, In Praise of Short Punchy Books 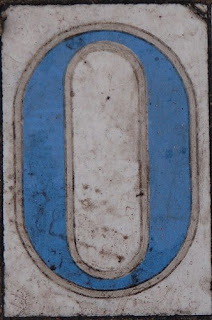 Anyone who teaches feminism or Marxism to undergraduates invariably encounters certain resistances on the part of students. There are multiple resistances obviously, but in large part they concern the practical nature of each of these theories, their capacity to be realized. As Homer Simpson said of Marxism, or communism, actually, it works in theory, but not in practice. The Marxist critique of capital, the ideas of alienation, exploitation, and reification are all considered to be good and valid by most students that I encounter, but they quickly counter that any attempt to turn these into an actual project, to produce a world other than a capitalist world, organized according to the relentless pursuit of profit has been and will be a disaster. Thus, teaching Marxism ends up reinforcing contemporary cynicism: the sense that the world is bad, but nothing can be done about it. Inversely, feminism, students claim, has already been realized: women vote, own property, pursue careers, and are free to do whatever they wish. Marxism and feminism are inversely related to practice, one is impossible and the other is already done, but the overall effect is the same for each: there is no point in talking about them or studying them now. They have only a historical significance (and who cares about history?)

This little observation, which is not free of its own cynicism and exhaustion, came to mind recently as I read two little volumes from Zero Books: One Dimensional Woman by Nina Power and Capitalist: Realism: Is There No Alternative by Mark Fisher. These are short little books. I read each of them in one sitting. They are part of Zero books project of “publishing as the making public of the intellectual,” overcoming the divide between the popular and the academic. They are also in their own way positioned against the two obstacles indicated above. Nina Power takes on what passes as the realization of feminism, specifically its Sex in the City, post girl power manifestations. Mark Fisher, on the other hand, takes on not so much the feasibility of a Marxist or Communist project, but the necessity and difficulty of thinking an alternative to capitalism. What follows will be a few remarks on each of these books, a lengthy exhortation to read them, and not an actual review.

There is much polemic to Nina Power’s book, aimed at everything from Sarah Palin to contemporary porn, but there is also analysis of the current conjuncture. The most interesting and provocative interpretation concerns the “feminization” of labor. Most discussions of the feminization distance the concept from gender, stressing that it is more a less an allegory: work is increasingly become like the work done by women, flexible, service oriented, communicative, and emotional, or affective. Michael Hardt and Antonio Negri argue in Commonwealth that the confusion the term implies, a category confusion of the kind of work that has been historically performed by women and the attributes of that work, makes it preferable to replace the term with biopolitical production, as a general term reflecting the increased intersection of work and life. Power, however, takes the term in the opposite direction. She examines the connections between contemporary labor and contemporary femininity, not in terms of the number of women who are working at what job, but in terms of the qualities demanded of both workers and women. Specifically, Power argues that the feminization of labor is inseparable from the “becoming CV of the human,” the transformation of every skill, every activity into a job activity, and thus a constant demand to expose oneself. As Power writes on Girls Gone Wild (which on first glace would have nothing to do with labor):

“When the Girls Gone Wild team hand out hats or t-shirts in exchange for a shot of breasts, or the performance of a snog with another woman, the logic is right out in the open: we’ll give you something obviously crap in exchange for a kind of performance that reveals that there is nothing subjective, nothing left, hidden behind the appearance, that you simply are commensurate with your comportment in the world. You are your breasts.”

As Power argues this goes beyond objectification. It is a subjectification, or form of subjection, that crosses labor and leisure, as everything becomes visible. “The personal is no longer just political it’s economic through and through.” In the end, as something, of a summation, I understand Power’s book to an argument not just for a renewed feminism, but for a renewed Marxist, or materialist, feminism. The latter disappeared too quickly from the intellectual and political scene, burdened by bad arguments about the primacy of capitalism or patriarchy and worse metaphors about unhappy marriages. Power demonstrates how much it can be renewed by attention to the new forms of domination in the current economy and the theoretical tools of post-humanism.

Fisher’s book is of course more specifically concerned with the renewal of an anti-capitalist project. The book takes its bearing from Jameson’s remark that “it seems to be easier for us today to imagine the thoroughgoing deterioration of the earth and of nature than the breakdown of late capitalism.” This remark (from The Seeds of Time) is often cited, by Zizek among others, as a truism of the present, but most do not seek to explain it. Fisher tries to explain this “weakness in our imagination” (to quote Jameson again). This is what he means by capitalist realism, which is less an aesthetic style, as in the old socialist realism, than the incapacity to imagine anything outside of capitalism. This realism is in part made possible by the fact that capitalism does not require our belief in order to function (a point drawn from Deleuze and Guattari): it functions outside of belief which makes it all the easier for it to define what can be imagined. As Fisher writes, commenting on Wall-E (but we could just as easily substitute the latest anti-capitalist blockbuster, Avatar):

“A film like Wall-E exemplifies what Robert Pfaller has called ‘interpassivity’: the film performs our anti-capitalism for us, allowing us to continue to consume with impunity. The role of capitalist ideology is not to make an explicit case for something in the way that propaganda does but to conceal the fact that the operations of capital do not depend on any sort of subjectively assumed belief. It is impossible to conceive of fascism or Stalism without propaganda—but capitalism can proceed perfectly well, in some ways better, without anyone making a case for it.”

Fisher connects this cynicism, this fact that capitalism functions without belief, with a pervasive inability to believe in anything, to engage in anything other than the pursuit of the latest distraction or pleasure, what he calls “hedonic depression.” The strongest points of Fisher’s book, aside from the brilliant readings of Heat and Nirvana, are the connections that he draws between the economic order, without justification or possible outside, and certain subjective states such as depression and boredom (subjective states that are effectively privatization of social problems as long as they are treated as simply subjective conditions). Anyone who has taught in a university classroom will recognize Fisher’s description of boredom, which is less about the specifics of any topic or class than the current production of subjectivity. As Fisher writes: “To be bored simply means to be removed from the communicative sensation-stimulus matrix of texting, You Tube, and fast food; to be denied, for a moment, the constant flow of sugary gratification on demand.”

Power’s and Fisher’s books are singular interventions in specific political/philosophical fields, and they should be read as such. However, if one approaches them together a common them emerges: they insist on viewing the intersection of the economic and the personal, the objective and subjective, on seeing the way in which the seemingly private and trivial is shaped by, and shapes, the official powers. In this way they follow the works of not only Deleuze and Guattari (cited by Fisher), but Paolo Virno (cited by Power) as well as anticipating some of Franco Berardi’s remarks on depression in The Soul at Work. This is not to suggest that these works are faithful citations of intellectual masters; on the contrary, they are attempts to invent new concepts and vocabularies to address the current conjuncture. They take seriously the idea that the present is different from the past, and that understanding this is the prerequisite of making a different future.

Like I said, not so much a review as an exhortation.

Finally, since I am writing in praise of Zero (books, that is) and math, infinity, and the void are such hot topics, I thought that I would include the following.

J, re the opening, re teaching Marxism to undergrads: this has been only half of my experience. The other half is not inverse to but parallel to the response to feminism: the sense that Marxism's goals have been and are being realized by capitalism. The poor are less poor, equality is on the rise, knowledge has been socialized, the truly immiserating labor of, say, 17th century agriculture abolished. [Never mind that some of this is empirically false]

So many 19-year olds are Tony Negri without knowing it, at least the communism-of-capitalism part; the media assertions of Obama as a socialist are both symptom and cause of this position. Do you not get this with yr students?

Jane, I get a little of what you describe, but it is usually couched in some discussion of the rise of middle class. However, most students, at least in intro, admit that work is alienating and exploitative, but, given the failure of the practical project, they see these as facts of life. The goal becomes then becoming the exploiter.

"work is alienating and exploitative"