You Have to Get Mad: Spinoza, Lumet, and the Politics of Indignation

Gilles Deleuze and Félix Guattari have remarked that for Spinoza the central question is “Why do people fight for their servitude as if it was salvation?” and I have often cited them on this point. Ted Stolze and Alexandre Matheron have argued that this is only half the question, its corollary (geometrically speaking) would have to be why do people revolt? The answer for both of these questions has to be sought on the terrain of the affects and the imagination. Revolt is founded on the political affect of indignation, which Spinoza defines as “a hate toward someone who has done evil to another.” As such indignation is grounded on the basic communication of the affects, in indignation I expand the horizon of the affects to found a common enemy, a common evil.

The two questions, one explicit the other implicit, would seem to frame a particular politics of the affects that has as its two poles servitude and revolt. Affective life vacillates between a servitude that is lived as salvation, as something freely chosen, indignation, the affective precursor of revolt. As with all of the affects, these two poles vacillate, and are extended to the various individuals, groups, and institutions that we take to be the causes of our joy and sadness, the increase and decrease of our power of acting. Recognizing that for Spinoza the elementary definition of the affects is complicated by a nominalism of causes, there are many loves and hatreds as there are objects and individuals, making possible a multiplicity of affects existing within the same individual. Framed by this brief sketch we could define the current conjuncture, at least in the US, as framed by an odd combination of servitude and indignation. Or, put otherwise, what is striking is how little indignation there is at capital or its various institutions, Wall Street, etc., given the current crisis. In its place there is plenty of indignation, plenty of anger, all of it aimed at some of the most unlikely of subjects, unions, school teachers, and those perennial scapegoats, immigrants.

Of course any answer of contemporary political affects would have to look at the various institutions, specifically the media, which work to focus and channel the affects, providing its images and organizations. The right is particularly good at this; in fact, we could argue that the right prefers to keep all political discussion on the level of pure affects, as in the case of those who “hate America,” making it possible to lump together Muslims, communists, and NPR in conspiracy of hate and fear. The usual response to this on the part of progressives or the left is to insist on how ridiculous this is, to use the common notions of history, economics, and politics to argue that such strange bedfellows are simply not made. The affects, however, have a different logic, one that relates less to the actual relations between things than to the relation of their images. After all, anything can become the cause of hatred or love, all it needs to do is to is become attached to a cause of sadness or joy, hope or fear. The logic of the affects is nominalist and conventional. How else could anyone explain this: 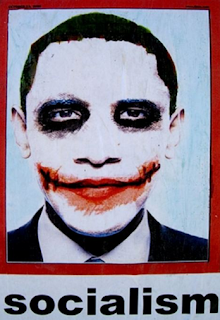 The question remains, however, as to why it is difficult to make capital itself an object of indignation. The immediate answer has to do with its impersonality, its inability to appear less as an object, than as the milieu in which we thrive. As Spinoza argues, hatred towards a thing will be greater if we imagine the thing to be free than if it is seen as necessary. Combine this point with Marx’s argument about commodity fetishism, about the reification of the economy into its law-like and necessary character, and it is easy to understand how difficult it is to generate indignation at capitalism itself. It is like being angry at the weather. The recent bouts of left-ish indignation at Scott Walker in Wisconsin and even Paul LePage in Maine has stemmed from the fact that they have emerged as a face of the present political conjuncture’s absolute indifference towards the life of the working class, their decisions appear to be arbitrary and personal (all too personal).

I have no real conclusion for this, except the obvious point that it is necessary to construct a politics of the imagination, affects, and reason that can provoke indignation and sustain it into a politics of revolt and construction. All of these points would go beyond this blog post, which is not to say that I wont return to them at some point. Rather, as way of a conclusion and a tribute I would like to offer two scenes from Sidney Lumet’s Network. The first is incredibly well known, especially since Glenn Beck continues to imitate it in one of the longest running remakes in film/television history.

What is less often remembered, least of all by Glenn Beck himself, is how this particular indignation ends. I am referring not just to the death of Beale, but the particular pedagogical scene preceding it. It is at this point that the film attempts to move beyond the day-to-day offenses that form the basis for its great scene of indignation, and fails to do so. The green bankers desk lamps, the austere boardroom table, all attempt to represent exactly what exceeds representation, the real abstractions of capital itself.

The question is not how to shift indignation from one set of figures to another, but to move it beyond the persons and faces to structures and forces, to construct a rational indignation against the structures and relations that dominate us.
Posted by unemployed negativity at 11:18 PM

You made a great point about that Spinoza line, "Hate will be stronger towards a thing imagined as free rather than necessary." Spinoza's Ethics doesn't seem to contain any advice on communicating rational ideas to the 'heavily affected' (as far as I can tell), and even though I think everyone's had some limited experience in successfully convincing the irrationally passionate of more rational ideas, I for one don't know what a guidebook for doing that would be like.

Jo Glid said...
This comment has been removed by the author.
8:52 PM