Please Stand By: Or, Print Killed the Blogosphere Star 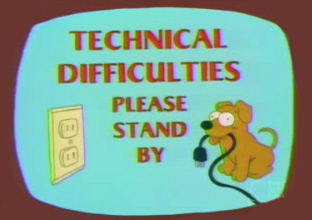 In order to complete a long overdue book project I will put my blog on hold for at least the remainder of the summer. As much as I would love to offer reviews of summer blockbusters,  the various books that I have read, and weigh in on current economic and political crises, all to the delight of dozens, I have to focus my writing energy and time on the book. So, for the summer I am eschewing the digital and its short term gratifications for print and its long term frustrations. My tentative schedule is to return at the end of Breaking Bad, because I really cannot resist writing about that. Thanks for reading. In case you are curious, I have posted a somewhat dated version of the prospectus of the book, which I am completing for Historical Materialism, below.

[1] Etienne Balibar, Spinoza: From Individuality to Transindividuality pg. 9
[2] The term “philosophy’s cold war” is taken from Alberto Toscano’s Fanaticism: On the Uses of a Notion. He uses the term, without expanding on it, to refer to the particular transformation philosophical concepts underwent as they were (and continue to be) refracted through the ideological conflicts of capitalism and socialism.
[3] “The idea that the human person and community are contradictory categories has grown up with the coming to power of the bourgeoisie.” Agnes Heller Everyday Life pg. 39
[4] Franck Fischbach, Manifeste pour une philosophie sociale pg. 50.
[5] Fredric Jameson, The Hegel Variations pg. 13.
[6] Karl Marx, Grundrisse. pg. 223.
[7] Ibid., pg. 705.
[8] “The only problem is that extreme liberalization of the economy reveals its opposite, namely that the social and productive environment is not made up of atomized individuals…the real environment is made up of collective individuals.”Antonio Negri,The Politics of Subversion: A Manifesto for the Twenty-First Century, trans. by James Newell (Oxford: Polity, 1989), 206.
[9] The term “short-circuit” is derived from work of Etienne Balibar, who derives from an interpretation of Marx’s understanding of the relationship of economics and politics, a short-circuit of the economic and political. As Balibar writes with respect to Marx and Foucault, “Discipline” and “micro-power” therefore represent at the same time the other side of economic exploitation and the other side of juridico-political class domination, which they make it possible to see as a unity; that is to say, they come into play exactly at the point of the ‘short-circuit’ which Marx sets up between economics and politics, society, and state…( Étienne Balibar, “Foucault and Marx: The Question of Nominalism” pg. 51.)
[10] This method could be called displacement, following Antonio Negri’s remarks in The Savage Anomaly, in which shift in Spinoza’s writing, from the Ethics to the Theological Political Treatise is paired with Marx’s remarks about research and presentation to create a method of inquiry, whereby ontology is continually situated into history. As Negri writes, “After the development of such a radical pars destruens, after the identification of a solid point of support by which the metaphysical perspective re-opens, the elaboration of the pars construens requires a practical moment. The ethics could not be constituted in a project, in the metaphysics of the mode and of reality, if it were not inserted into history, into politics, into the phenomenology of a single and collective life: if it were not to derive new nourishment from that engagement” (The Savage Anomaly pg. 84).
Posted by unemployed negativity at 10:43 AM

Email ThisBlogThis!Share to TwitterShare to FacebookShare to Pinterest
Labels: Me, transindividuality