Affect and/or Emotions: Differentiation or Dialectic

Theories of affect tend to articulate the term affect in relation to some idea of emotion. Perhaps the locus classicus of this distinction is to be found in Brian Massumi's work on affect. As Massumi writes,


"An emotion is a subjective content, the sociolinguistic fixing of the quality of an experience, which is from that point onward defined as personal. Emotion is qualified intensity, the conventional consensual point of insertion of into intensity into semantically and semiotically formed progressions, into narrativizable action-reaction circuits, into function and meaning. It is owned and recognized. It is crucial to theorize the difference between affect and emotion."
Read more »
Posted by unemployed negativity at 2:02 PM 4 comments: 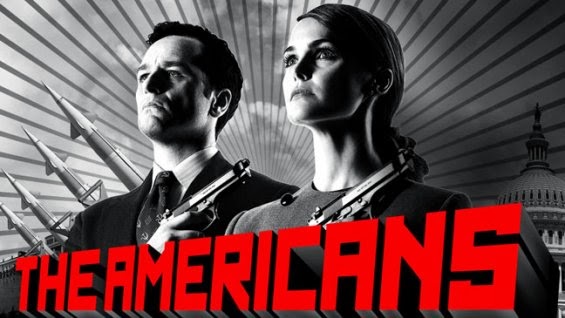 I was initially surprised to learn that FX had developed a show about KGB sleeper agents, more so when I learned it is something of a hit. In retrospect I should not have been so surprised; the anti-hero had become such a staple of "long form television" that KGB agents are no more surprising subjects for a show than mobsters, bootleggers, advertising executives, serial killers, and drug kingpins. KGB agents could be considered to be yet another variant of the popular sociopath. Thus, a show about KGB agents does not suggest some kind of immediate revision of cold war history and propaganda, but it does revisit a period of recent history.
Read more »
Posted by unemployed negativity at 7:35 AM No comments:

Pierre Macherey’s De L’Utopie! follows a pattern similar to his other books that have come out of his "philosophie au sense large" seminars. As with other seminars, what is stake is the tracing of a concept or idea, that of the university, the quotidian, or, in this case, utopia, is less a matter of producing a definitive interpretation of the concept in question than it is of exploring the idea in its essential errancy and historicity. Whereas Macherey’s other books included in their trajectory a survey of philosophical, sociological or psychological works, and literature, De L’Utopia is concerned with that particular genre of writing that defines utopia. Although Macherey does consider various theories of utopia, and includes an appendix on Brecht’s opera the Rise and Fall of the City of Mahoganny, his primary concern is the particular form of writing that defines utopia. There is no need to contrast philosophical theories and literary texts because this tension of the philosophical, or sociological, and the literary is internal to utopian writing itself.
Read more »
Posted by unemployed negativity at 7:53 AM No comments: