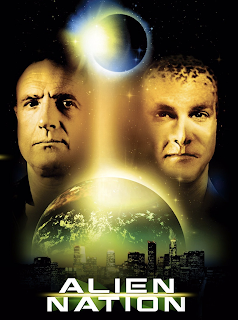 I give twitter credit for making this joke,
but if you ask me the movie did not do enough with this great title
What follows are a few reflections on "alienation" drawn in part from a paper I presented at Wabash College last Spring in a virtual campus visit.  Posted as a response to the current debate about the concept online.
Read more »
Posted by unemployed negativity at 1:00 PM No comments: 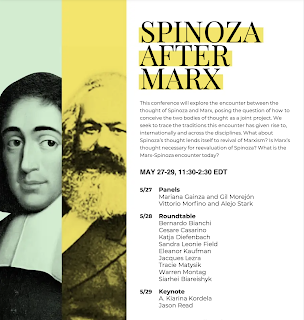 After a mercurial career Steven Soderbergh seems to have more or less settled into the heist film. The three Oceans films, Logan Lucky (dubbed Oceans 7-11 for the way it transposed those films into a different class milieu), and now No Sudden Move. The return to the same genre does not dispense with the shifts and shimmers through other genres and styles, the latest is a noir period piece set in fifties Detroit, and with that shift comes another shift. Jameson states that heist films are in some sense about the representation of work. Or, more to the point, he states that they are about unalienated work. However, I would like to turn his assertion, as offhand as it is, into a question. How does the heist film represent work, and how does this representation relate to the question of how work is undertaken and understood in capitalism.

Read more »
Posted by unemployed negativity at 5:01 AM No comments: