Read more »
Posted by unemployed negativity at 7:49 PM No comments: 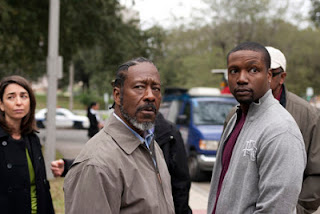 Season Three of Treme is perhaps the season in which the show final came into its own, developing its own particular narrative structure. Sadly it will also be the last full season of the show. Comparisons with The Wire are still unavoidable, but at least at this point they suggest a real difference--a different idea--and not just the relation of lauded original to failed copy. David Simon initially suggested that the difference between these shows was one of positive and negative. As Simon states, Treme is in part an argument for the city.
Read more »
Posted by unemployed negativity at 11:37 PM No comments: