What Does the University Say? On Macherey's La Parole Universitaire 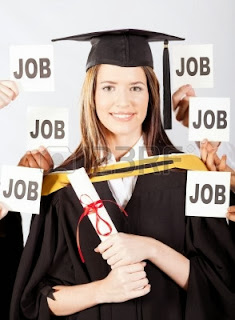 The fundamental structure of Macherey’s book on the university is familiar to readers of his recent publications on “everyday life” and utopia, as well as anyone who has followed his website “Philosophe au sense large.” As with those works (and courses) a central idea or problem, in this case the idea of the university, is subject to a broad thematic investigation that encompasses philosophy (Kant, Hegel, Heidegger), sociology and psychoanalysis (Bourdieu and Lacan), and literature (Rabelais, Hardy, Nabokov). This is “philosophy in the largest” sense, to borrow the name of Macherey’s course; the different registers and disciplines and knowledge problematize and negate each other as much as they expand upon the central topic.

As much as the structure of La parole universitaire is familiar to reader’s of Macherey’s books or those who have followed his seminar on his website, its structure and organization will perhaps be surprising to people looking for a book on the university today. Macherey’s book is missing what many would consider a central angle from which to view the contemporary university, that of political economy. Macherey is not unaware of the financial pressures that have placed the university in crisis. His question is to consider what precisely it is it that is in crisis. What do we mean by the university, and how does this idea combine with its institution and history? 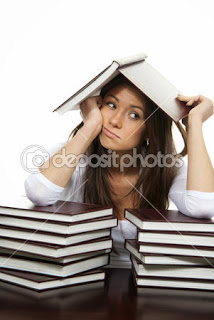 Perhaps the most interesting chapter, and the one that gives the book its title, looks at the particular nature of the particular discourse of the university. Macherey’s two primary sources, Lacan and Bourdieu, could not be more opposed on the question of the particular discourse of the university. For Lacan the “discourse of the university” is contrasted sharply with the “discourse of the master”: whereas the latter declares its authority, claiming itself as the ground of its enunciations, the former effaces itself in its apparent neutrality. In the university one never speaks as "I" but always as part of a they, of an anonymous institution. For Lacan the university is a institution which claims mastery, but never occupies the place of the master. In it its place it places the universal. This contrasts sharply with Bourdieu for whom the neutrality of the university, its supposed universality, rests on a series of exclusions. Its neutrality is far from being neutral, but is the neutralization of discourses, ways of speaking and thinking, that are deemed illegitimate. In the former neutrality is an impotent refusal of authority, of mastery, while in the later it is a form of power that is all the more persistent for its ability to present itself as a neutral observer of social conflicts and relations. Macherey's argument constructs something of a dialectic between Lacan and Bourdieu, a dialectic of impotence and power in which the discourse of the university has symbolic power only in and through its position in society. The authority of its particular universality is entirely dependent upon masters, or social forces, that are never officially cited (except for perhaps in the name of buildings, lecture halls, etc.) 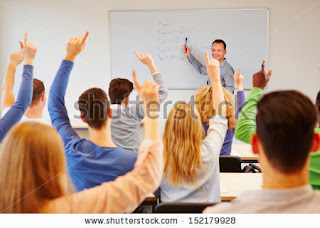 As I mentioned in the opening paragraph, Macherey ends his book with an examination of literary representations of the university, one that runs the gambit between utopian ideals of the university (in Hesse and Rabelais) to its more quotidian functioning (in Hardy and Nabokov). It is worth noting the function of the university as both a utopian ideal (a community of sages) and quotidian reality (a community of bureaucratic rules) if only because Macherey's book on the university appears in the same period as his book on "everyday life" (Petits Riens: Ornières et dérives du quotidien) and utopia (De L'utopie!). It is thus possible to read these three books as forming something like a trilogy or perhaps a triptych. (Warren Montag has some very interesting things to say about the relation between the quotidian and utopian here). Macherey's literary choices are fairly classical. One could thus wonder how things would have changed if Macherey has taken as his object of inquiry the "campus novel." I am thinking of such books as Russo's Straight Man, Smiley's Moo, Chabon's Wonder Boys, or even Pessl's Special Topics in Calamity Physics. I am by no means an expert on the genre, but it seems to me that one of the defining characteristics of the "campus novel" the thing that makes it work as satire is precisely the gap between the utopian ideal of the university and its quotidian reality; everyone talks big ideas but are mobilized by petty motives. The central character of a "campus novel" is one whose knowledge means nothing in "real life." Thus, following Macherey's analysis of the discourse of the university one could argue that the "campus novel" follows the decline of the authority of this discourse, its increasing appearance as an arbitrary and exclusionary set of rules.

This seems to me the status of the university today, its authority to make statements from the universality of knowledge have given way to the increasingly visibility of its masters. The university is now quite transparently a place in which individuals are sorted for various tasks and jobs; it appears only as a series of hoops to be jumped through. The only remaining authority is the one that is tethered tenuously to the possibility of getting a job. Professors increasingly appear as arbitrarily imposed gatekeepers to a dubious utopia of employment. The task for thinking is not to try an reclaim a bygone source of authority while simultaneously contesting the authority of capital that has been put in its place. (Yeah, it is not easy.)

Enter the Global Center for Advanced Studies: https://www.facebook.com/globalcenterforadvancedstudies which has an amazing faculty already and organized by Creston David among others.

I am not sure what you mean, and am even less sure that another big name/big money institution is the answer.

I find myself agreeing with Ranciere on this point:
http://www.critical-theory.com/jacques-ranciere-its-problematic-that-egs-now-gives-phds/

Ranciere is going to be studied. I agree with him too. The GCAS is to combat all this big pricey stuff. Zizek is on the staff....and others you write about.