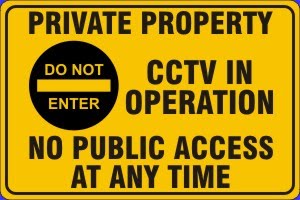 Neoliberalism has become an increasingly popular word in contemporary critical thought and philosophy. Its popularity has come at a cost, however, as the meaning of the word has been reduced to a few vague inclinations about the truly bad kind of capitalism held together by invocations of competition, markets, and individualism. It has become what Althusser called a descriptive theory at best, and, at worse, a way to speak about capitalism without speaking about capitalism. In the worse case it became the name for a kind of nostalgia for an earlier kinder and gentler capitalism, one that we could get back to as soon as the full impact of the recession was felt and people started really paying attention to Paul Krugman.

What then would it mean to take neoliberalism seriously? To move beyond it as a thumbnail description of the present. This seems to be the question behind Pierre Dardot's and Christian Laval's La nouvelle raison du monde: essai sur la société néolibéral, or it least it can be read that way. (A translation of the book is forthcoming from Verso). Much of this rather long book is concerned with the history of neoliberalism, and as with Laval's earlier, and excellent L'homme économique: essai sur les racines du néoliberalisme, this history stretches back to its philosophical genesis in the works of Smith, Locke, and Bentham. Of the three it is Bentham that is given particular importance in this case. The Bentham in question here is more of Marx's "Freedom, Equality, and Bentham" than Foucault's famous panopticon, the emphasis is more on the general psychology of utility and interest that becomes dominant with neoliberalism than the idea of generalized surveillance. Although, as Laval argued in his earlier book, these two notions are not to far apart: utility, calculation, and a generalized surveillance, or what is called transparency, are the ideals of a society governed by nothing other than market relations.

If neoliberalism continues in certain ways the liberal philosophies of Smith, Locke, and Bentham, retaining in some sense exchange, property, and utility as central points, then what makes it new?Dardot and Laval offer a two part answer to this question, tracing the origins of neoliberalism to the crisis of the state in the middle of the twentieth century. Dardot and Laval are as much interested in viewing neoliberalism through a series of conferences and colloquia organized by Walter Lippman and others which formulated an idea, an idea which had its "long march" through civil society. This formulation of an idea was more political than economic; it was a crisis of liberal society to realize its own goals. Neoliberals solved this crisis by valuing liberty, defined in terms of liberty of property, over democracy, and competition as ideal and a norm over the actual unimpeded action of the market.

This attentiveness to the project of neoliberalism, to its existence as a political project, characterizes their formal definition of it as well. For Dardot and Laval neoliberalism must be rigorously dissociated from an idea of "laisser faire." Neoliberalism is not the simple matter of leaving the market alone, of deregulation. Competition is not something that just exists, it must be actively produced and cultivated. As Dardot and Laval write, "Competitive capitalism is not a product of nature, it is a machine which requires constant surveillance and regulation."

On this point Dardot and Laval cite Thomas Lemke's definition of the fundamental paradox of neoliberalism: it actively engenders a social relation which it declares to be natural. Competition is defined as something which is always already there, forming the basis of not only human society but nature as well. Despite this supposed fact, competition is constantly cultivated through laws and social relations that destroy even the forms of solidarity that capitalism engenders, such as classes. We could say that  generalized this paradox defines much reactionary, or conservative thought, which always declares some hierarchy or principle natural while actively working to produce it. There is always something of Freud's "borrowed kettle" in such arguments which declare some practice or relation to be simultaneously unnatural and illegal. If it truly was the former, the latter would not be required. However, what makes neoliberalism different is that what is taken as natural is not some hierarchy, such as that between races or genders, but a principle of human action. As Dardot and Laval argue, this naturalization of competition is incredibly effective, it forces any opposition to neoliberalism to make some promethean claim, to change nature, obscuring the way in which this supposed nature is actually the product of a complete restructuring of economic, political, and social life in the last several decades.

Competition is not just a discourse of legitimation but a form of governmentality. The state actively works to produce competition, replacing public services with private corporations, as anything that does not compete is automatically declared a failure. The state both constructs the market, constituting its space for competition at the same time that it constructs itself according to the norms of the market. It creates  a standard by which it is found wanting. Dardot and Laval are actually quite instructive in demonstrating the way in which neoliberalism, and its ideals of efficiency, competition, and risk, have become absolutely hegemonic, so much so that their opponents are often forced to speak in the same language. Neoliberalism is a conceptual machine which always demands more competition.

Perhaps the most important part of Dardot and Laval's book, the part that takes up nearly a fifth of the book, close to one hundred pages, is dedicated to the construction of the neoliberal subject. This part will be familiar to readers of Foucault's lectures on biopower, or of such diverse works as Richard Sennett's work on the corrosion of character, Boltanski and Chiapello's The New Spirit of Capitalism, and Beck on Risk. Dardot and Laval offer less a synthesis of these different views than a contextualization in the larger picture of neoliberalism. Dardot and Laval's work has the advantage of contextualizing and developing remarks that sometimes seem ungrounded in other thinkers. Case in point, the connection between generalized competition and depression, which often takes on a kind of hyperbolic formulation in the work of Berardi, is grounded here on the generalized idea of performance. The neoliberal subject is one that must not only constantly compete, mobilize his or her resources to maximize advantage, but this competition is aimed not at some goal, some finish line or result, but according to an infinite demand for performance. This generalized performativity, the sense that one could always maximize more, coupled with the ideal of work as realization and self invention, creates the depression that is its flip side. Failure is omnipresent and when it occurs it can only be blamed on the individual. It is thus no accident that neoliberal theory is framed in the meeting point of economics and psychology, making utility maximizing the common object of both, because neoliberal society is one in which the psyche is completely exposed to the laws of the market without mediation or shelter.

Dardot and Laval finally argue that if we are to take neoliberalism seriously as a production of subjectivity, as a restructuring of not only the state and economy but psychic experience itself, then we must throw out certain ideas of what it means to oppose it. Hardt and Negri's idea of the multitude, or any prefigurative idea of politics comes under particularly harsh scrutiny here, continuing the critique that Dardot and Laval (along with El Mouhoub Mouhoud) developed in Sauver Marx? Empire, multitude, travail immatériel. What such invocations overlook is the way in which this multitude of workers, whose social organization is exterior to the spaces of capital, is already interior to its production of subjectivity, produced not as workers but companies of one. Neoliberal modes of subjection, ideas of competition, opportunism, and networking, are strongest in precisely the laboring practices that are autonomous to direct capitalist command. To paraphrase a line from Foucault, "the immaterial laborer we are invited to free is the product of a subjection much deeper than himself." While such a criticism simplifies Hardt and Negri's work it does offer an interesting challenge: any political opposition to neoliberalism cannot rely on some kind of outside, some hidden antagonism, but must actively produce the subjectivity that would oppose itself to neoliberalism. It is necessary to oppose neoliberalism at the level where it functions, that of the production of subjectivity.

It is at this point, the point of taking neoliberalism seriously to the point of seeing it everywhere, that it is possible to point out the weaknesses of Dardot and Laval's argument, weakness that in some sense stem from its strengths. Dardot and Laval's method of reading together neoliberal theory and practices, the works of Hayek, Becker, and others along with the state's restructuring of public serves along the models of competition and consumption, risks conflating the two levels. Just because all social relations can be expressed in terms of individual utility maximization, and efforts can be made to construct them along such lines, does not mean that people experience them in such ways. Very few people cite Gary Becker in their wedding vows. There are still different, if not antagonistic, ways of conceptualizing and living social relations even if these differences are not prefigurative, containing the seeds of a future society. One must be attentive to the gaps between neoliberal theory and neoliberal practice, gaps which become even more manifest as neoliberalism extends itself to everything. As Dardot and Laval argue, echoing everything from The Wire to Mark Fisher's Capitalist Realism, the more neoliberalist ideas of competition and quantitative evaluation are extended to such institutions as education the more  their modes of evaluation are seen to be at odds with the qualitative missions of such institutions.  "Juking the stats" becomes the the operating method.


Paradoxically, and this is my last point of criticism which really needs more development, one must be attentive to the way in which neoliberalism fails in its own point of origin, that of the economy itself. Which is to say neoliberalism's failure to resolve the very crises of capital it was meant to resolve. Of course neoliberalism has been successful in driving down wages and reducing tax rates for the wealthy, but, as we have recently come to see, that is not the same as saving the capitalist mode of production. The task remains, as it perhaps always has been, one of connecting antagonisms to crises and in doing so produce a different society and subjectivity than that envisioned by neoliberalism.

Posted by unemployed negativity at 6:52 AM