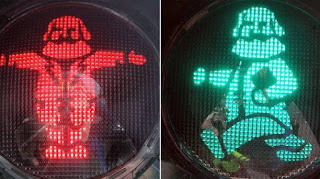 Nothing in the title or the structure of Franck Fischbach's Philosophies de Marx suggests a return to the Marx/Spinoza relation explored in La Production des hommes: Marx Avec Spinoza. The title plainly states that it is a consideration of Marx's philosophy, and the book is organized to consider Marx's philosophical practice through three different philosophical intersections, hence the plural, the philosophy of activity, social philosophy, and critical philosophy. Despite this focus on Marx, and Fischbach's turn away from the specificity of the Marx/Spinoza relation in later works that have broadened the considerations of questions of activity and the social to include everything from Heidegger to Dewey, the book on Marx ends up returning to the productivity of the Marx/Spinoza relation in the margins.

Fischbach's answer, developed through a reading of The German Ideology, is that an inverted consciousness must be seen as an expression of the same inverted and conflicted reality as social being. Fischbach then demonstrates, as many readers of Marx have, that ideology is less an assertion of the power of ideas, less a cause, than ideology itself is an effect of the division of mental and manual labor and the development of class strife. As Fischbach writes, "If it is true that 'the production of ideas, of ideas, representations and consciousness (...) is the language of real life" then the production of ideologies, of inadequate representations, is the language of life incomplete, inadequate, and mutilated."

The word that struck me in this formulation is the word "mutilated" (mutilée), and it is this provocation and not an interpretation of the whole book that I am interested in here. Readers of the Tractatus Theologico-Politicus will be familiar with Spinoza's assertion that far from being the word of god the actual existence of scripture is flawed, mutilated, adulterated, and inconsistent. These two "mutilations" one in social reality, in the division of labor and class divisions, and the other in texts and histories constituting an imaginary, are in some sense two different figures of the same reality. I think that it is provocative to think of us, all of us in capital, of living in between these two waves of mutilation: one at the level of social being, in the divisions that set the individual against the collective and vice versa. (I know that I said it was not my intention to review Fischbach's book here, but he does offer a very close and engaging reading of not only the centrality of the division of mental and manual labor in The German Ideology but also the way in which the text sketches out a logic of division and antagonism). The other mutilation is at the level of intellect of ideas, in which we have only mutilated ideas to make sense of this reality. In this case the mutilation goes beyond religion to the simple fact that any philosophy or any theory produced through a divided and antagonistic reality will be necessarily partial, incomplete, and mutilated. There is no universal knowledge in a world defined by social conflict. I am reminded of Antonio Gramsci's assertion that the "spontaneous philosophy" that makes up common sense is defined and divided by the various and conflicting social groups that we belong to contains "elements of the cave man, and principles of the most modern and advanced learning, shabby local prejudices of all past historical phases and intuitions of a future philosophy." We struggle to make sense of a divided world with archaic and fragmented knowledge, anyone who has ever argued on the internet knows that.

As much as these two mutilations are the same thing, the same order and connection, it is also useful to think of them through Jaquet's "logic of alternation." Identity, the same order and connection, is only half the picture there is also the the different effectivity and causality of ideas and things, social reality and consciousness. As Jaquet demonstrates through her reading of Spinoza sometimes transformations of ideas are explained through the relations of bodies and sometimes the relations of affects and desires are explained through the association of ideas.

What then does this logic of alternation mean for thinking the two mutilations, that of social being and that of consciousness? It seems, and this is only a provocation for future research, that one has to think through not only the identity of social being and consciousness, but the alternation of the two, the moments when it is the multilated and divided social structures that are determinant and the moments when the fragmented, partial and mutilated consciousness that are determinant. More will have to be said to develop this idea, but suffice to say these different moments would have to be thought from their specific articulation, from the conjuncture. In lieu of any more of a conclusion than that I will let The Pixies play us out.


Posted by unemployed negativity at 6:48 AM