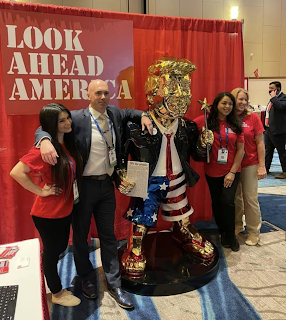 The two criticisms of morality reflect on a tension at the center of Marx’s thought. As André Tosel argues, it is a tension between two different understandings of the relation between capital and social and moral meaning and symbolism. Marx vacillates between presenting capitalism as an economic system which dissolves all symbolism into icy waters of calculation, discarding meaning, and understanding capitalism as something that becomes its own meaning, its own morality. These different understandings correspond to two different criticisms. The first criticism, in which morality is nothing other than an ineffective ideal, corresponds with Marx’s assertion in The Communist Manifesto that with capitalism “all that is holy is profaned and all that is solid melts into air.” Morality dissolves along with religion and tradition, replaced by the force of money. In this first tendency the economy, or more accurately, capital is pure economic necessity without symbolism or meaning. While the second, in which the distinction between worker and capitalist takes on a moral sense and meaning, reflects a different aspect of Marx’s criticism in which capital is not bereft of meaning as a kind of iron cage of pure quantitative calculation but necessarily creates its own meaning, which is to say its own moralism and even religion. The second can be found in the famous section on fetishism, but beyond that, it extends it Marx’s invocation of what he refers to as “the religion of everyday life,” the way that the distorted world of capital becomes its own meaning, its own morality, and its own religion.
These two tendencies do not divide neatly between the young and the mature Marx, it is possible to find elements of both throughout Marx’s writings, but reflect a permanent problem. This poses a challenge for interpreting Marx’s thought, for understanding his critique of capital, but more importantly for understanding and criticizing capitalism itself. It is possible to find both tendencies in contemporary capitalism; the contemporary world confronts us as once with economic compulsions and constraints that presented as being absolutely indifferent to meaning or morality, taking on the status of what Marx referred to as natural laws, but, at the same time it also confronts us with a moralization of capital itself, with the wealthy as the virtuous and the poor as suspect, a world in which money itself is seen as the testament to social standing and worth. Any critique of capital must address both aspects, its indifference to morality as well as its veneer of moralism, thus, in this case the unevenness of Marx’s thought, its tendency to vacillate between two different critiques of moralism, is in perhaps adequate to the vacillation of capitalism, or a vacillation of how we perceive it. Capitalism appears at times to be a pure natural force, a market that is indifferent to morals or meaning, but it also appears as its own morality, its own division of good and bad according to wealth. The tension in Marx’s thought is less a flaw, or even the effect of progressive development, that it is perhaps a reflection of the reality of capitalism. Capitalism itself is split between an amoral necessity and impersonal compulsion and its own moralism.
This piece will appear in Turkish in a collection titled Marxism: From the Past into the Future
Until then I will let Lungfish play us out.
Posted by unemployed negativity at 7:20 AM