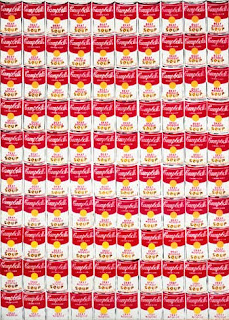 The following quote from Althusser is one that I am quite fond of, and have cited, or at least referred to, more than once:

I claimed that it was necessary to get rid of the suspect division between philosophy and politics which at one and the same time treats the political figures as inferior—that is, as non-philosophers or Sunday afternoon philosophers—and also implies that the political positions of philosophers must be sought exclusively in the texts in which they talk explicitly about politics. On the one hand I was of the opinion that every political thinker, even if he says almost nothing about philosophy, like Machiavelli, can nevertheless be considered a philosopher in a strong sense; on the other hand I held that every philosopher, even if he says almost nothing about politics, like Descartes, can nevertheless be considered a political thinker in a strong sense, because the politics of philosophers—that is, the politics which make philosophies what they are—are something quite different from the political ideas of their authors.” (“Is it Simple to be a Marxist in Philosophy?” pg. 206)

It appears that I am not alone in my admiration for this quote, much of Negri’s writing would follow this pattern,the ontology of “living labor,” which Negri finds in the Grundrisse and Capital; the assertion that for Spinoza “metaphysics is politics”: and the book on the “political Descartes,” all cross the division between philosophy and politics. In fact much of contemporary philosophy, from Derrida to Badiou, follows this general scrambling locating politics and ontologies where one would least expect to find them.

I wonder, however, if we can shift the angle of focus, from philosophy and politics, to philosophy and socio-historical analysis, then things get a little murky. Initially it would seem that Althusser’s fundamental insight would seem to apply: many works of “pure” philosophy have an understated reference to their social historical conditions. I am thinking specifically of the following passage from the opening of Difference and Repetition:

But, what I am saying is not limited to that text, the discussions of “das man” and “idle chatter” of Being and Time also come to mind. On the flipside, one could argue that much of the work on Foucault tries to extract a general philosophy from a series of socio-historical analyses. With respect to the first set of texts, pure philosophical texts read for socio-historical analysis and criticism, such a reading would reorient the entire text. Sometimes I think that this would be for the better, I think that Being and Time is best read as a text on modernity, mass society, and reification. (See for example Lucien Goldmann’s discussion of Heidegger and Lukacs.) Better or worse, it opens new directions new connections; what would it mean to read Difference and Repetition for what it says about the repetitions, the repeated and identical objects that structure our existence? Such a reading would open up new connections between that text and the engagement with Marx in Capitalism and Schizophrenia, for one.

Here is where things get tricky, however, if every political, every social-historical analysis can be mined for the secret ontology, or philosophy it contains, and, if every treatise on ontology makes a reference to its historical condition, then how does one even begin to make sense of things? It would seem that all of the old and reliable methods of differentiating between context and text, history and idea, would go out the window. If Marx’s texts are read for an understanding of the production and productivity of being, can they still function as texts that help us make sense of our historical moment? Or, on the flipside, if Spinoza’s texts express something of the fundamental crisis at work in the formation of capitalism itself, the emergence of the multitude, can they still even count as metaphysics? This is a question that could be brought to bear on Negri, but more importantly it seems to be a question that is contained in Althusser’s question.

In the end it is not so much deciding whether or not it is difficult to be a Marxist in philosophy, but, as Althusser also argued, understanding that Marx entails a transformation of philosophy. Thus, contrary to the image of Marxism as a stilted and dogmatic philosophy, it is only through the destabilization of the division between politics and philosophy, between history and theory of history, that philosophy can grasp something of what it truly means to think.

Posted by unemployed negativity at 6:37 AM