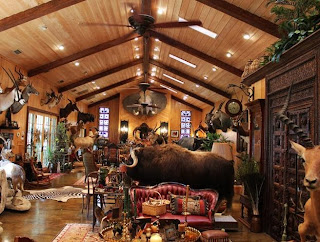 When I first heard of the publication of the book, Manhunts: A Philosophical History it immediately occurred to me that it was the kind of book I would want to read. I have a well known obsession with The Most Dangerous Game and its various remakes. In fact if you place me in a room with at least two hunting trophies I will immediately start doing my impression of the rich bored hunter, claiming that "Man truly is the most dangerous game." So I knew that I would find the book interesting. What I could not initially understand is what the book would offer besides some rather dark trivia of man's inhumanity to man.


I became intrigued when I learned that Grégorie Chamayou is also the author of the recently published Théorie du drone. This made me see the former book as part of a larger history of political control and domination. Now that I have read the former book, however, I am more interested in the subtitle, in the intersection of history and philosophy. Chamayou presents a history of the various different hunts that have marked Western history, from the slave hunts to the current hunts for illegal immigrants. This history is episodic rather than linear. This is no overarching attempt to place these hunts in any logic or telos. What there is a series of intersections with other "philosophical histories," with other narratives that are at once historical and philosophical. Marx's primitive accumulation, Foucault's pastoral power, Hegel's master/slave dialectic, and Agamben's bare life. Each of these histories are situated ambiguously between history, a specific set of events, and a general logic. Chamayou's hunt takes its place along this histories, contesting and transforming them.

Chamayou takes particular critical aim at Hegel's master-slave dialectic. His target is twofold. First, he contests the recent claim that Hegel was any fan of slave revolts or the Haitian revolution. When confronted with the actual fact of slave revolts Hegel does not applaud the struggle for recognition but bemoans the slave's lack of respect for human life. This is the dilemma of slavery: remain a slave and confirm the naturalness of the position, resist and and prove the same through one's supposed barbarism. Once labeled slave, naturally inferior, one is truly damned if one does and one doesn't. Chamayou is not interested in simply critiquing Hegel, but in producing a different dialectic of history, one predicated on distance rather than struggle. As Chamayou argues the history of slavery, from Africa to the hunt for freed slaves in the US, is one of a constant outsourcing of domination. Someone else must do the hunt, to directly hunt is to risk not only death (the endpoint of all the "Dangerous Game" films) but identification with hunted. To hunt someone is to identify with them, to ultimately see them as an agent. A hunter cannot afford to see his prey as not only desiring freedom but also as capable of seizing it. The alibis of racial inferiority fall apart in the encounter of hunter to hunted. As Chamayou writes,

What at first appears as an elevation of the master to absolute master is ultimately a denigration. There is no romantic victory here, just the outsourcing of dirty work to dogs, mercenaries, and, ultimately, drones. (Chamayou does not mention drones in this book, but they seem the logical consequence of his analysis of forms of power that maintain themselves by outsourcing risk. In that way the book does have a telos). The power of the dominant risks nothing. As much as this denigrates the master, it also makes the task of liberation increasingly difficult. One cannot fight a master that is not present. The task is not to simply invert the relations, but to abolish them.

Beyond the critical response to Hegel I am interested in precisely what a philosophical history such as Chamayou's offers. Its ultimate merit seems to be not just in contesting the reified philosophical logics that we apply to history, that of masters and slaves, but in reframing the present. Chamayou's last chapter, focusing on the hunt for illegal immigrants demonstrates this reframing. It is one thing to see such "hunts" as part of a "reasonable law enforcement policy, but something entirely different to see them as part of a long history of slave hunts and other persecutions. The techniques and targets differ, but what remains the same is the lawless zone where market predation and sovereign exclusion overlap, where individuals are outside the law and at the deepest interior of exploitation. Chamayou's book illustrates, but does not explain, how this wilderness is growing.

Posted by unemployed negativity at 9:00 PM

I really liked this post, and have been doing some work on Chamayou myself. But whenever I hear the most dangerous game, I think of this SMBC comic http://www.smbc-comics.com/?id=1488

That is good. Thanks

Great post. A few years ago, I regularly taught a course on zombies. I gradually got burnt out on the subject for several reasons, but one reason was the increase popularity of zombies. Zombie fiction has long been used to launch cultural critique, but the widespread popularity of them suggested something else. Your treatment of Chamayou (who I am unfamiliar) has helped me crystalize what I have been suspecting: that the appeal of the zombie is the appeal of being able to hunt humans guilt free. That is, "wouldn't it be great if take out everyone in traffic or everyone in crowd, and get away with." But even more than that, the presence of zombies makes hunting your fellow man not just morally acceptable but as morally necessary. That is, "it's not that I can but that I have to."