Class Monsters, Or Monsters of Class: Simone Weil's Contribution to a Bestiary of the Present 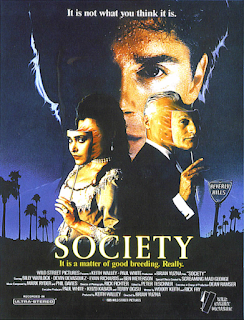 Simone Weil's "Sketch of Contemporary Social Life" is a text that seems oddly prescient at every turn, making Weil appear to be a seer as much as the saint she is often made out to be. There are references to what later generations would call "the culture industry," "financialization," and even the  theories of the imaginary that dominant contemporary politics.
With respect to the latter Weil writes the following.

"As always happens, mental confusion and passivity leave free scope to the imagination. On all hands one is obsessed by a representation of social life which, while differing considerably from one class to another, is always made up of mysteries, occult qualities, myths, idols and monsters; each one thinks that power resides mysteriously in one of the classes to which he has no access, because hardly anybody understands that it resides nowhere, so that the dominant feeling everywhere is that dizzy fear which is always brought about by loss of contact with reality. Each class appears from the outside as a nightmare object. In circles connected with the working class movement, dreams are haunted by mythological monsters called Finance, Industry, Stock Exchange, Bank.; the bourgeois dream about other monsters which they call ringleaders, agitators, demagogues; the politicians regard the capitalists as supernatural beings who alone possess the key to the situation, and vice versa; each nation regards its neighbors as collective monsters inspired by a diabolical perversity."

As a description Weil's account has only become increasingly accurate even as the possibilities for communication and connection increase. We are besieged on all sides by "nightmare objects."Every division in society that separates groups of people by class, race, even generation is doubled by a nightmare version of that difference. People are not only different but monstrously so. Pick up a newspaper and one can see references to all of these different nightmare groups, "Hollywood elites," "the white working class," and "millennials" who are probably destroying Applebees as we speak. Most of what passes for cultural and political commentary on class, race, or even generations these days is nothing more than spooky campfire stories made up of these various monsters of the imagination.

To take Trump as an example (as much as I do not want to): he is an oddly constructed chimera, half fantasies of what the wealthy can do or are capable of, his deals and power, and half fantasies of what the working class are really like, his sexism, racism, and generally boorish behavior. Depending on which side you look at him from he is either a representation of either everything the wealthy are capable of or everything the working class truly believes. To his fans and supporters he is like the Hulk, a monster whose power can be used for their interests, and to his detractors and opponents he is the personification of a rage that they feared was always boiling beneath the surface, like...well, the Hulk.

There is a bit of "both sideism" to Weil's account. As every class creates monsters that are equally imagined. I would want to make a distinction between those fantasies of the powerful and the nightmares of the powerless. Even Machiavelli, that prince of immorality, saw that the elite want to oppress while the populace only want to be not oppressed. Or, as Marx argued, and this is closer to Weil's invocation of the power that resides nowhere, capital is not the product of monstrous intentions, or at least it is not just that, it is the producer of them as well.  In doing so Marx adopts the voice of the worker, addressing the capitalist as follows, “You may be a model citizen, perhaps a member of the R.S.P.C.A. [Royal Society for the Prevention of Cruelty to Animals], and you may be in the odour of sanctity as well; but the thing you represent when you come face to face with me has no heart in its breast.” Marx’s infamous methodological claim that he would treat individuals as merely “bearers” of economic relations receives its justification. Capitalism itself is indifferent to motivations and intentions. Just as the capitalist is indifferent to the humanity of the worker, capitalism is indifferent to the humanity of the capitalist. “As a capitalist, he is only capital personified.” Between equal abstractions force decides. However, Marx goes farther than this point. It is in the chapter on The Working Day that Marx makes his famous remark stating that the capitalist is “vampire like, living only by sucking living labour.” It is not just that capitalism is indifferent to the humanity of the worker: it is actively hostile to it, inhabiting it like some kind of monster. It is not just the vampire that Marx invokes, but also the Werewolf, another monster that inhabits humanity with an insatiable desire. Capital appears as a motley collection of every folktale and monster movie.

Moving beyond a "descriptive theory" means moving beyond the imaginary apprehension of class relations to their actual conditions, countering the fantasies of power and influence with the structural conditions of power. This often means moving from the moralism and voluntarism that underlies descriptions of class as character or taste to the material conditions that shape class and character. At the same time, and this is in keeping with the invocation of Spinoza in the epigraph to Weil's essay (She cites Spinoza's Political Treatise, "I have taken care not to deride, bewail, or execrate human actions, but to understand them.") the imagination of class differences has not only actual causes, such as the isolation and mediation of social relations, but also practical effects, shaping how people act in the world. (Her account of the partial and distorted knowledge of social relations has resonance with another articulation of the Marx/Spinoza relation) Here the pertinent divisions, the ones that matter for politics, are not those dividing workers from capitalists, those are structural and cannot be surmounted by empathy or understanding, but, in an era of increasing fragmentation and isolation of workers as well as increasing surplus populations, the divisions that must be overcome are the ones dividing the workers from unemployed, or even dividing the workers according to the divisions of unionized and precarious. Or, to put it pithier and more polemical terms, the working class, whatever that term could mean today, most overcome its tendency to create monsters at its margins in order to become the monster that it was once feared to be.