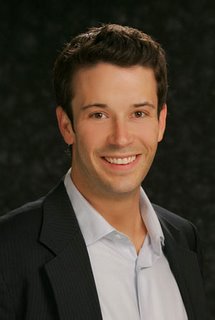 Neither of these qualify as a true doppelgänger. In order for that to happen there must be consensus. A true doppelgänger is a famous person who one is compared to regularly and consistently.
Posted by unemployed negativity at 8:31 PM