Last Communist Standing: Notes on the Relation between Negri and Badiou 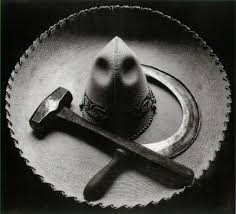 It is perhaps one of the many ironies of history that the two of the lastest intellectuals from Europe to be discussed and debated in “theory” circles are not “postmodernists” but two thinkers for whom “communism” remains an unavoidable point of reference, a word which is to be discussed, debated, and even contested, but not simply dismissed. Communism has outlived its various “pomo” gravediggers. I am talking about Antonio Negri and Alain Badiou. (I should also mention that I am omitting European liberals such as Luc Ferry, why would we import them? There is a glut in the market after all, and liberals should understand that.)

There has been very little discussion of the connections or relations between these two thinkers, despite the fact that Badiou opens his Logiques des Mondes (also published as Radical Philosophy “Democratic Materialism and the Materialist Dialectic”) with a criticism of Negri’s democratic materialism, his assertion that the body is the ultimate horizon of production. Now, I think that this criticism, which links Negri to a kind of ineffective pluralism through the assertion of biopower, a kind of bad infinity in which humanity is made up of multiple particularities, like so many exotic fauna, is patently unfair, given the fact that Negri’s thought has rigorously avoided such liberal platitudes. That in itself is not important, as Deleuze writes “ encounters between independent thinkers always occur in a blind zone.” So in the spirit of this blind zone, I would like to outline points of contact and disagreement. I should say from the outset that despite my invocation of Logiques des Mondes, which arrived in the mail last week, as of late I have been reading old Badiou (De l’idéologie and Théorie du sujet) and old Negri for that matter, Books for Burning and Labor of Dionysus, so this may end up being about a point of contact between their work in the seventies and eighties.

1) The primacy of revolt: In Badiou’s (and Francois Balmes) little pamphlet, which is primarily a polemic against Althusser’s ISA essay, Badiou and Balmes argue that ideology can only be understood dialectically, as a struggle between domination and revolt. Moreover, in this dialectic revolt is primary, “c’est la résistance qui est le secret de la domination.” Of course this argument of the primacy of revolt could be dismissed as a product of Badiou’s Maoism (“It is always right to revolt”). The primacy of revolt perists, however, through Badiou’s writing on the event. Badiou argues that Nazism can only be understood from the perspective of an event of a successful revolution, the simulacrum of the event can only be understood from the event itself, or, as he states in Ethics, evil from the standpoint of the good. This “primacy of revolt” is structurally similar to the famous “autonomist hypothesis,” in which resistance precedes and prefigures domination. Thus, Badiou and Negri are two thinkers for whom have a generally philosophical (even ontological) commitment to revolution; it is not just something which should be done, but something that must be posited to comprehend the world.

2) The discontinuous continuity of the subject: For both Badiou and Negri politics always passes through a subject. (As Badiou wrote somewhat dogmatically in Théorie du Sujet, “Every subject is political. That is why there are so few subjects, and so little politics.”) The connection between politics and subjectivity is not continuous but is made up of real breaks and ruptures. As Badiou writes: “This political subject has gone under various names. He used to be referred to as a ‘citizen,’ certainly not in the sense of the elector or town councilor, but in the sense of the Jacobin of 1793. He used to be called ‘professional revolutionary.’ He used to be called ‘grassroots militant.’ We seem to be living in a time when his name is suspended, a time when we must find a new name for him.” Negri’s history has different names, mass worker, social worker, and finally, immaterial labor and the multitude itself. In Badiou’s case this series seems to relate primarily to the political activism, to its subjective dimension, while for Negri the series is constituted by transformations of “class composition.” Thus it possible to simply place Badiou on the side of politics, even voluntarism, and Negri on the side of the economy, and an economism of sorts. However, I think that the actually situation is more complicated.

3) The Excess of the state: This is perhaps a legacy of Marx, for whom the state is not an expression of the community, but a monstrous machine standing above it. In Badiou’s thought this takes a mathematic formulation, inclusion is in excess of belonging. Or, put politically, the state does not deal with individuals, but with classes, groups, it represents and codifies what has been presented. As Badiou writes in Being and Event, “To say of the state that it is of the bourgeoisie has the advantage of underlining that the state re-presents something that has already been historically and socially presented.” Representation is the codification of what exists. For Negri the state also has to be understood as an excess and overdetermination. As the factory is extended across society, so has the structure of command. As Negri writes, “If the factory has been extended across the social plane, then organization and subordination, in their varying relationship of interpenetration, are equally spread across the entire society.” The point of commonality, besides a return and transformation of Marxist state theory, can be understood in opposition to both a Foucaultian tendency to reduce the state to micropowers and a liberal tendency to see the state as a possible defense against the market. For Badiou and Negri the state has to be thought and fought in its excess.

4) Ontology: Now it is on this point that the two perhaps diverge the most. However, there is at least a similar turn toward ontology in both thinkers at about the same time, during the 1980s. Of course this can be interpreted as a response to a similar, or at least connected, set of events: that is, the collapse of a radical activity, and thus “the consolations of philosophy.” That is probably true, but what interests me is the way this ontology makes possible a rethinking of practice itself, what Badiou calls intervention and Negri constitutive practice.

Posted by unemployed negativity at 12:47 PM

This is excellent. I wonder, for you do the two also have some common limits or failings?

It is hard to think of common limits or failings. In many ways their limitations seem to mirror each other: Badiou's erruption of the event versus Negri's immanent trajectory of the multitude. I suppose we could ask the question about their shared turn to ontology and the subject. These are after all two areas of thought which older forms of Marxism would have dismissed as either metaphysical or hopelessly bourgeois.

This is super interesting. As an aside, I was thinking about how Wendy Brown critiques the celebration of resistance among political theorists in the 90's as the retreat from any totalizing critique of capitalism. She calls it a symptom of late capitalism rather than a political response. That seemed true to me, since, of course, where there is power, there is resistance, and feminist theory can construe anything as resistance: cooking, knitting, even dieting and anorexia, etc. It may be legitimate to call such things resistance (or care of the self, as one theorist has argued about going to weight watchers), but it may demand too little to call these practices politics. But these dudes construe resistance as revolutionary. Clearly they have a different concept of resistance, and maybe the trend of resistance-talk can be transformed toward a more radical oppositional stance?

The ontological turn and the subject, yeah definitely matters for further inquiry with B and N. I find I like the subject stuff but not the ontology stuff, part of why Ranciere appeals to me. An uncharitable reading is that the two turn to ontology in order to underwrite talk of the subject, analogous to the relationship between the framework of diamat and talk about organization among orthodox marxists.

Yes, I think that it is well past time to expose all of this "resistance" talk as simply a notion of retreat.

I have to say I disagree with you about ontology. I would say that for both Negri and Badiou ontology becomes something very different. I am more confident in saying this about Negri, whose constitutive ontology is really a thought of praxis.

hey there UN,
I didn't mean to collapse their respective ontologies into each other, beyond my having reservations about both.

I can see how Negri's ontology is a thought of practices or of practice in general. But if the former, practices, then why ontology instead of another form of thinking practices?

It may be with both of these that I don't have a real argument against Negri's turn to ontology. Maybe I'm just unconvinced of any positive argument for it. In that case I think this amounts to simply a matter of taste, unless there's some explanation of the criteria for recommending ontology or not. I'm fine to have that be the case, but I think that'd be more of a problem for Negri's work that it would be for me, as he argues that ontology is particularly important whereas I don't argue for some alternative to ontology being what's really important.

Just came across this war of phrases recently: “During an international conference on the idea of communism, Antonio Negri – I was (and remain) very pleased he participated – publicly took me as an example of those who claim to be communists without even being Marxists. In short, I replied that that was better than claiming to be Marxist without even being communist” (.“The Rebirth of History”)