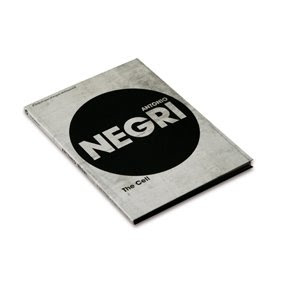 Posted by unemployed negativity at 12:21 AM

"This discussion of the antagonistic production of subjectivity is not only more interesting than the endless repetition of the power of the multitude versus the empty shell of capital it is more useful as well."

Because I do see such a preponderance of discussion in the literature dealing with the antagonistic production of subjectivity, I can't agree with you that such discussion has proven to be more useful. I think it has proven to be a deadend, a deadlock. That there is such a theoretical deadlock, which Negri tries to address, is what made Negri interesting in the first place.

I think people are accustomed to the theories of an antagonistic production of subjectivity; these theories have a deep emotional appeal, too. Whatever that deep emotional appeal is, it leads people to view Negri as shallow and uncritical. This could lead people to return to the practices suggested by these antagonistic theories without finding a way to carry out the practices suggested by Negri, abandoning whatever use Negri's theories may have had.