The Jargon of Inauthenticity 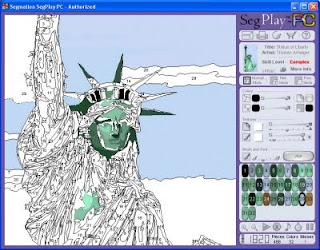 A casual reader of Adorno, and I am afraid that is all that I am, cannot help but notice his repeated use (or at least a translators repeated use) of the prefix pseudo. Here is a quote from the famous chapter on the Culture Industry (co-authored with Max Horkheimer) in which the term first appears:“From the standardized improvisation in jazz to the original film personality who must have a lock of hair straying over her eyes so that she can be recognized as such, pseudo-individuality reigns.”

Horkheimer and Adorno at first utilize the term to address what remains of individuality in the standardized products of the culture industry: character is reduced to a lock of hair, a funny hat, a hint of ethnicity. “Personality means hardly more than dazzling white teeth and freedom from bodily odor and emotions.”As Horkheimer and Adorno write:

Mass culture thereby reveals the fictitious quality which has characterized the individual throughout the bourgeois era and is wrong only in priding itself on this murky harmony between universal and particular. The principle of individuality was contradictory from the outset. First, no individuation was ever really achieved. The class-determined form of self-preservation maintained everyone at the level of mere species being. Every bourgeois character expressed the same thing, even and especially when deviating from it: the harshness of competitive society.

The use of species being in this passage is strange, the assertion of "mere species being" would contradict Marx's use, suggesting more of the reduction of man to an animal rather than a universal potential. Species is cast in an a strictly biological sense.However, I see their basic point about the status of the individual. As much as the bourgeois philosophy of possessive individualism asserts the individual as its foundation, the competitive relations that are its basis produce an underlying similarity of behavior, namely, individualistic competition. The result of this is paradoxical, individuals are similar in their fundamental isolation and competition. Individuality is to some extent always pseudo-individuality.

One could explore that this means for a rereading of the political anthropology of bourgeois philosophy and political economy, but my focus is on this idea of “pseudo”. The prefix "pseudo "also makes a prominent appearance in Adorno’s essay on “Free-Time.” Pseudo-activity is the term that Adorno uses to describe the various hobbies and other activities that people use to fill their time. These activities are pseudo-activities in that their terms and conditions of the activities are determined in advance: all is left to do is “paint by numbers,” follow the instructions, or fill in the blanks. Paint by numbers is Adorno’s dated example, I prefer Guitar Hero as a contemporary example of pseudo-activity. With respect to this definition of pseudo-activity, Adorno begins to outline some of the ways in which this prefix functions. As Adorno writes, “Generally speaking there is good reason to assume that all forms of pseudo-activity contain a pent-up need to change the petrified relations of society. Pseudo-activity is misguided spontaneity.”

This statement about pseudo-activity would seem to apply to pseudo-individuality: in each case there is a genuine striving, a genuine attempt to assert something, activity or the individual. The “pseudo” turns it and warps it, ultimately undermining it, producing individuals who are the same and activity that is nothing but busy work. "Pseudo" makes it possible for Adorno to have it both ways, to recognize the simultaneous illusion and the real drive underlying the illusion.

Adorno’s use of pseudo-activity would seem to fit into a general paradox that defines the twentieth century. This paradox is caught between a tendency within the critique of metaphysics in which the distinction between essence and appearance breaks down. This metaphysical tendency is countered by a tendency within social and political thought in which the task is to recognize the role of appearance, of spectacle and simulacra in modern life. One the one hand there is the rejection of the distinction between essence and appearance, of real society versus its image; while, on the other, there is a renewed importance in understanding the “powers of the false.” Capitalist society is recognized as a spectacle at the exact moment that that distinction between image and reality breaks down. (This paradox explains much of the thought of the later Baudrillard and other “postmodern” thinkers.) Adorno’s use of the prefix “pseudo” is poised between these two tendencies:

I have some other thoughts that tie this idea of pseudo to Spinoza’s Tractatus Theologico-Politicus, in which his critique of theocracy could be understood as a pseudo-democracy, but I do not have time to develop them here. The end point would have been to bring this full circle to discuss fascism, and fascist tendencies as pseudo-democracy, but that is going to have to wait for another time.
Posted by unemployed negativity at 6:19 AM

Email ThisBlogThis!Share to TwitterShare to FacebookShare to Pinterest
Labels: Adorno

Really interesting post, Jason, esp. as regards Adorno's notion of individuality. His work on jazz ('popular music') is a hologram of sorts for the notion of pseudo-individuality and its threat to democracy. I've been struck of late by Debord's use of _pseudo_. Any thoughts as to how his use might line up w. Adorno's? And just as an aside: I always wish that I had more time for more Adorno--he was so canny, prescient, and misunderstood. Not minor, and yet never given his due in so many areas. Thanks for helping to suggest way to redress that.

Thanks, Shelton. I have not looked at Debord since I showed his film a few years back, but I was thinking of his use of the term when I described the general trend. "Pseudo" seems to be a way of addressing the fabricated and inauthentic, while never dismissing it as entirely fabricated. In Adorno's case, however, the presence of some individuality in "pseudo-individuality" some activity in "pseudo-activity" traps the longing for individuality and activity by making it appear as if it has been realized. Your point about Jazz is well taken.