The General Intellect Personified: More Notes on Capitalism as a Social Relation 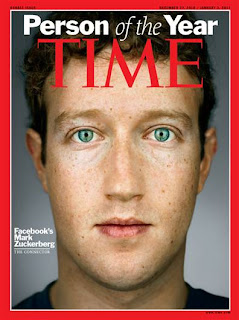 This is a continuation of the reading of Capital I begun earlier, and a return to a passage in Capital that I have written on several times, Chapter Thirteen on Cooperation. Whereas I wrote a previous post on Cooperation in terms of Marx’s theory of social relations, my concern now is what this passage has to say about surplus value. (This is not to say that the two are separate, far from it actually: what I want to argue is that these two questions, social relations and surplus, are never separable from Marx).

Surplus value, M-C-M’ is at the core of Marx’s critique and at this point in his analysis it has already been demonstrated. It rests on the difference between the cost of labor power and the value labor power is capable of producing. However, in the section on cooperation Marx adds to this, adding a surplus to a surplus. Marx argues that the simple fact of adding the forces of labor together, of combining the efforts of workers, increases the productivity of labor. The whole is greater than the sum of its parts. There is thus a surplus above and beyond the surplus value grounded in the exploitation of labor.

Marx also argues that this cooperation, this collective worker, is itself the genesis of the increasingly specialized and technological work of manufacture, large-scale industry, and the factory. It is only once that a group of workers are brought together in one place, in one productive process, that it becomes possible to begin fragment the labor process, assigning different tasks to different individuals. This specialization gives rise to specialized tools through an analysis of the component elements of the labor process. Marx’s argument in the middle section of Capital is an argument about technology, arguing that technology is itself a product of social relations. Machines emerge from the cooperative and fragmented labor process, even responding to its crises and conflict. As Marx writes, “It would be possible to write a whole history of the inventions made since 1830 for the sole purpose of providing capital with weapons against working class revolt.”

Beyond what this might mean for a philosophy of technology it is worth pointing out that the social surplus then gives rise to the technological surplus. Science, like cooperation, is not paid for, it becomes part of the generalized productive force of society. This is, after all, the initial definition of the "general intellect."

Social relations and science, or technology, both create a surplus, a surplus above and beyond the exploitation of the individual. It could also be said that these surpluses are above and beyond labor, at least abstract wage labor. It could be said, and if we did we would be very close to some of the concepts and problems of autonomist Marxism, all of which start from the idea of a surplus produced by immaterial labor or the general intellect. However, it is important to underscore that unlike autonomist Marxism, at least in some assertions, Marx never ceases to identify this surplus with an increased fetishization of capital. The more that capital utilizes the combined energy of the collective worker and the more that it puts to work science and knowledge the more that it appears that capital itself is productive. As Marx writes:

Marx even takes this a step further, suggesting that it appears as not just as the productive power of capital in general but the attribute of a specific capitalist. One could perhaps interpret this as an argument that the more these surpluses of cooperation and science enter into production the more the person of the capitalist is fetishized, seen as the source of wealth. This might be an interesting thesis to examine, a dialectic of abstraction and concretization in which abstraction leads to concretization. Anecdotal evidence of this can be found by surveying the companies of contemporary capitalism. The more wealth is produced by knowledge and cooperation, the more it appears to be the attribute of a talented individual. Bill Gates, Steve Jobs, Mark Zuckerberg, these are all household names. Contrast this to corporations such as BP, Toyota, Boeing, etc., their CEOs are known only to a select few, perhaps reflecting the fact that in their case the source of value is not so readily obscured. The more cooperative and knowledge based the production process the more readily it is fetishized in the genius of an individual.

That might be one direction to pursue, but I would rather suggest that these observations point to a necessary corrective of autonomist theory. It is not enough to champion the productive power of the general intellect, it is necessary to explore the fetishization of this power in capital, and in the supposed “great men” that make up the history of the present. In previous writings I have focused on Deleuze and Guattari’s use of the “socius” to theorize this relation. Deleuze and Guattari develop this concept from Marx’s fetish, stressing that society itself is a fetish. To quote one of my publications on this point,

“Just as the despot appears to be the cause and not the effect of subjection, capital appears to be the cause and not the effect of labor. Once disconnected from the conditions of production, from the virtual relations that make it possible, society, the socius, not only appears to be autonomous, in the form of money making money, but is an effect that appears as a cause. Society not only appears to exist prior to the differential relations, the production and desire that constitute it, it also appears to stand above these relations as their necessary condition. The fetish has become common sense in that we see society, with its structures, rules and goals, as something that exists prior to and is constitutive of the social relations of desire, perception and production.”

At this point, however, I am struck not so much by the incorrectness of this approach, but its imprecision. To argue that capital, or individual capitalists, represent the productive power of capital based on an almost metaphysical divide between production and representation, becoming and being, is to miss the specific relations that, in Marx’s thought, constitute this appearance. These relations are cooperation and science, sources of surplus that cannot be phenomenally located in the individual’s exertion and labor. The more abstract and relational labor becomes, the more it appears to be concretized in the genius of an individual. Just as the real abstraction of value is concretized in money, the real abstraction of cooperation is concretized in the figure of the genius capitalist, the CEO or entrepreneur. Some individuals are real abstractions. That would be the polemical provocation of this line of thought, but still much needs to be done to examine the specific ways that the productive power of cooperation and science is represented.
Posted by unemployed negativity at 3:07 AM

Andrew said...
This comment has been removed by the author.
4:09 PM

As something of a follow up in light of Steve Job's death:
http://thecurrentmoment.wordpress.com/2011/10/06/guest-post-the-social-genius-behind-steve-jobs/