The Zombie as Critic 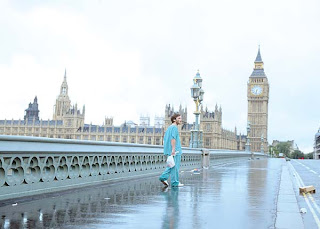 If I were Slavoj Zizek, I would begin this post with something to the effect that each period in history gets the monsters it deserves. These monsters express a fundamental contradiction at the heart of reality, a particular social nightmare. Thus while the nineteen-nineties may have been the decade of the vampire, from the brooding Goth vampires of Anne Rice to the nightmarishly adolescent vampires of Buffy, the first decade of this century has clearly been the decade of the zombie. The zombie movie has come back in multiple forms, from horror to comedy, and has even given rise to various “pseudo-zombies” such as the rage infected of the 28…films and the “reavers” of Firefly. There are even zombie books such as Max Brook’s World War Z and The Zombie Survival Guide.

The zombie film carries particular heavy symbolic baggage, placed upon it by the genre’s creator George Romero, to serve as a metaphor or allegory (to use Shaviro’s term) for something about reality. Ever since Romero’s “living dead” wandered through the shopping mall, the zombie film has been inseparable from a social critique. The political subtext is not just tacked onto these films as some kind of didactic message, but stems directly from the narrative of the film. Romero’s zombies are so slow and lumbering that any destructive power that they have must be an effect of internal tensions within humanity. In each of Romero’s films it is ultimately the fissures within society, fissures of class, race, and gender, that lead to the zombie’s victory over the living. It is true that some films have avoided this burden of subtext, case in point the remake of Dawn of the Dead, which eschews the original’s anti-consumerism for a vaguely nihilistic apocalypse. The 28… films seem to embrace the imperative of subtext, making allusions to everything from fears of contagion to the contagious nature of violence itself.

What interested me about the first film, 28 Days Later, is the way in which it uses the geographical isolation of the UK as an element of its plot structure. One of the central questions of the first film has to do with the scope of the “rage infection” itself: does it encompass the globe, or is it limited to the island nation of the UK? This question is answered in the film by the memorable shot of the jet contrails in the sky. This could be seen as a sign of hope, that all is not lost. However, it also suggests that the UK is simply quarantined from the rest of the world. There is something horrific about the contrast between the apocalyptic violence on the ground and the image of the jet streaming peacefully overhead. What makes it horrific is that this is not just something invented by the film, but is in actuality a occurring event. All around the world jets full of businessmen and tourists coast blissfully unaware of the struggles for basic survival that rages below. At one point in the film a character imagines that life goes on outside of the post-apocalyptic wasteland of the UK, conjuring up images of people watching “The Simpsons.” What the character of the film imagines is us, the audience who seeks out horrors on the screen in a world full of horror.

The first film deals with the relation between what Balibar calls “ultra-objective violence,” the violence of the quarantine or embargo that simply renders a part of society expendable, and “ultra-subjective violence,” not just in the form of the “infected” of the film, but the soldiers who have become violently corrupt. In Balibar’s thought these two forms of violence are never separate, but exist in a dense “overdetermined” dialectic that it is necessary to untangle. As Balibar writes, discussing Bernard Ogilvie’s concept of a “l’homme jetable,” a disposable human being, individuals left to the ravages of AIDs, malnutrition, and ethnic battles.

“The “disposable human being” is indeed a social phenomenon, but it tends to look, at least in some cases, like a ‘natural’ phenomenon, or a phenomenon of violence in which the boundaries between what is human and what is natural, or what is post-human and what is post-natural, tend to become blurred; what I would be tempted to call an ultra-objective form of violence, or cruelty without a face; whereas the practices and theories of ethnic cleansing confront us with what I would call ultra-subjective forms of violence, or cruelty with a Medusa face.”

In the second film, 28 Weeks Later, the dialectic of types of violence is almost entirely absent. The soldiers in this film are no longer the unstable but charismatic faces of violence of the first one, they are, for the most part, pure functionaries of orders, automatons of calculated risk and procedure. The narrative of the second film deals with the attempt to repopulate and repatriate London twenty-eight weeks after the rage infection, hence the title. The US Army is undertaking the mission that can only be called, quite literally, “nation building.” The soldiers are there not so much to protect the new population but to ensure the success of the mission, even if this means killing the people in order to stop the infection. The central horror of the film takes place in the scenes in which the military firebombs part of London. Thus, to paraphrase an infamous saying, “Bombing London in order to save London.” It is worth noting that the allusions to Iraq are quite heavy in this film, right down to a green zone and an enemy that cannot be eradicated.

What is somewhat disappointing about the second film is the way in which it dispenses with the structural conflict between types of violence in favor of a narrative focused around responsibility. The film opens with a horrific scene of betrayal, as the central character abandons his wife to the violence of the infected to save his own life. This sets up the question of guilt and culpability. What is more central to film is the fact that this act has unintended consequences that set the rest of the plot in motion. The focus of the film is thus not so much responsibility in the face of a horrific situation, which would be interesting, but the unintended effects of individual actions. In the end, the film would seem to suggest that “the road to hell is paved with good intentions,” in that the acts of heroism and responsibility only serve to further the spread of the infection.

I suppose it is possible to see the second film as indicating the inadequacy of individual responsibility in the face of both the objective violence of markets and law and the subjective violence of hatred and corruption. However, it seems more likely that it will be understood cynically as simply underscoring the impossibility of acting responsibly in a corrupt world.

Posted by unemployed negativity at 4:13 PM

Nice post. I would disagree with your dismissal of the Dawn remake, however. I think the film's sense of upheaval and its apocalyptic vibe point to one of the reasons why zombie films have made a comeback this decade: September 11th. Zombie films are the one subgenre of horror that is inherently apocalyptic and people are in an apocalyptic mind set.

This is may also be why general disaster/apocalyptic films have been popular lately, from goofy disaster flicks like The Core to science fiction like Children of Men.

I am not so much dismissive of the Dawn remakes as I am critical of its failure to really do anything with the Mall, as a location, and as subtext. It leaves out both the first films scenes of utopian consumption and fortifying the mall. Which is too bad, since malls have really changed a lot in the past twenty years, becoming both more disney-esque, incorporating rides and the like, and more militarized, with surveillance.

I agree with you that the apocalyptic film and literature has made a comeback. but most of the recent wave of disaster films predates 9/11 (Twister, Volcano, Deep Impact, etc.)