The Matter of Thought 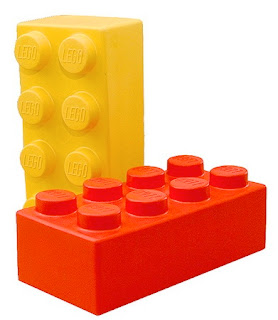 Lately, I have been reading some Gilbert Simondon. The particular book I have is L’individuation à la lumière des notions de forme et d’information which includes both L’individu et sa genèse psycho-biologique (which initially appeared in 1964, and was influential for Deleuze) and L’individuation psychique et collective (which was published in 1989, and develops the idea of transindividuality, important for Balibar and Virno), as well as an unfinished Histoire de la Notion de’Individu. I am primarily interested in the latter two, or at least the latter two fit my current areas of research, but there is something in the first book/section that struck me as interesting.

Simondon criticizes the hylomorphic model of understanding the constitution of individuality, the idea that individual things are defined by a particular combination of form and matter. In examining this idea, Simondon relates it back to its technological conditions, the practices that would seem to generate the model. Simondon argues that even those activities that would seem to exemplify this idea of form and matter, such as brick making, are actually more complex than the model would suggest. Clay is not just a formless, generic matter, but must itself be selected and prepared according to the way in which specific qualities lend themselves to particular forms. Not to mention the fact that the form, in this case the mould is not a pure idea, but must be made of matter, with particular qualities and limitations. There is always more matter in form and more form in matter than the model would suggest. This leads Simondon to argue that the form/matter pair is not simply a practical idea that has been extended to explain everything from the soul to human reproduction (as in Aristotle), but is ultimately the effect of a particular social relation. “One could say that in a civilization that divides men into two groups, those who give orders and those who execute them, the principal of individuation, following a technological example, is necessarily attributed either to form or to matter, but never the two together. (pg. 58)” Thus we could say that the form/matter distinction is the effect of a particular division of mental and manual labor.

This is the idea that interests me: the connection between a metaphysical concept and a particular social formation, an immediate connection not just between base and superstructure, but between the very possibility of thought and the most basic practical activities. Perhaps the most audacious example of such a short circuit comes from Marx himself, who writes the following in Capital:

“The religious world is but the reflex of the real world. And for a society based upon the production of commodities, in which the producers in general enter into social relations with one another by treating their products as commodities and values, whereby they reduce their individual private labour to the standard of homogeneous human labour – for such a society, Christianity with its cultus of abstract man, more especially in its bourgeois developments, Protestantism, Deism, &c., is the most fitting form of religion.” (page 172)

It seems to me that at this point we are not speaking of ideology, at least as it is generally understood. Ideology generally designates a specific doctrine, or set of representations, and not, as in the above examples, such generic an unavoidable ideas as form/matter or abstract humanity. Understood broadly this idea does not just appear in Marx. Heidegger at times makes the argument that metaphysical concepts are simply the effects of our pre-reflexive understanding of being, an understanding rooted in practical comportments. As Heidegger writes:

“In production, therefore, we come up against just what does not need to be produced. In the course of producing and using beings we come up against the actuality of what is already there before all producing, products, and producibles, or of what offers resistance to the formative process that produces things. The concepts of matter and material have their origin in the understanding of being that is oriented to production.” (The Basic Problems of Phenomenology pg. 116).

The passage refers specifically to matter, but in full section Heidegger is referring to the practical basis of the medieval metaphysical (predominantly Aquinas) of existence and essence. It is not just that the idea of matte comes from production, but substance as well. My point is not equate these various assertions, far from it. For Simondon and Marx the connection is between social relations and conceptual production, while for Heidegger it is production in a technological (or even anthropological sense). What interests is the sporadic appearance of this “short circuit,” appearing primarily as an aside and rarely as a theory. (The exception would perhaps be Alfred Sohn-Rethel’s Intellectual and Manual Labor). A few questions follow from this: What does it mean to trace the origin of some metaphysical concept to some social and practical structure? What does this say about practice or thought? What does it mean that such origins are always effaced? Finally, what about the limitations of such a project; that is, what are the social conditions or the connection between concepts and social conditions?

Posted by unemployed negativity at 12:22 AM