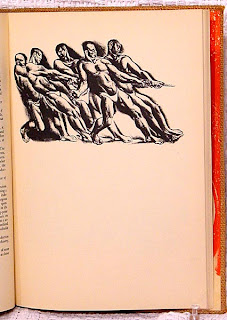 For brevity’s sake, I am not going to go through the myriad problems and paradoxes of that strange thing called “Marxist Philosophy”: the interminable debate of “interpreting” versus “changing” the world. However, as a short introduction to what I want to discuss, I will say that one way to understand the relation between Marx and philosophy is as a series of both provocations and critiques. What Etienne Balibar, in The Philosophy of Marx, called simultaneously “falling short of” and “going beyond philosophy”; the first takes the form of fragments of philosophical speculation, often presented as conclusions without premises, and the later takes the form of a critique of philosophy’s claim to autonomy. It is the first of these that I would like to focus on.

The unstated center of Marx’s thought is a thought of social existence, of community, that is something more than, or other than, a collection of individuals. Without this, the critique of the egocentric rights of man;” of the Robinsonades of political economy; and of the illusions of “Freedom, equality. and Bentham” that make up the spontaneous ideology of the market would not make any sense. Or, more fundamentally, without this communism would be the empty utopia that its critics accuse it of being.

However, when it comes to theorizing the grounds of this community though some understanding of social existence, Marx often falls short. At times Marx asserts it as a fact, without giving the ground of this fact, as in the following passage from Capital.

Whether the combined working day, in a given case, acquires this increased productivity because it heightens the mechanical force of labor, or extends its sphere of action over a greater space, or contracts the field of production relatively to the scale of production, or at the critical moment sets large masses of labor to work, or excited rivalry between individuals and raises their animal spirits, or impresses on the similar operations carried on by a number of men the stamp of continuity and many-sidedness, or performs different operations simultaneously, or economizes the means of production by use in common…whichever of these is the cause of the increase, the special productive power of the combined working day, is under all circumstances, the social productive power of labor, or the productive power of social labor. This power arises from cooperation itself. When the worker co-operates in a planned way with others, he strips off the fetters of his individuality, and develops the capabilities of this species [Gattungsvermögen].

This passage, and the entire section on cooperation, is important for at least two reasons. First, within the logic of Capital, it precedes the sections on “The Working Day,” thus illustrating the struggle and antagonism that animates and transforms the capitalist mode of production. Second, the reference to Gattungsvermögen, species capacity, suggests another way of reading the relation of the young Marx to the old Marx. It offers a way of thinking species being, not as some metaphysical notion of the essence of man, but as part of a social ontology, as the historically existing capacity and powers of social relations. Despite this provocation, there is also the strange indifference to the ultimate conditions of this increased value of cooperation: it could be the effect of the uniformity imposed by the machine, animal spirits, or whatever.

So, one of the philosophical tasks left in the wake of Marx, an answer to a question posed but not answered, would be to theorize cooperation itself. This is not to be confused with the altruism that moralists and evolutionary psychologist concern themselves with; cooperation, and the sociality it implies, is not a moral category but simply the effects that individual actions have on each other.

Maurizio Lazzarato and Paolo Virno are two thinkers who have tried to create the theory of sociality or cooperation that Marxism, or at least the critique of capital, needs. In the case of Lazzarato this takes the form of a lengthy engagement with Gabriel Tarde. For Lazzarato, the center of Tarde’s thought is precisely what Marx passes over with indifference in the passage above: the intercerebral relations (I could not think of better translation), the relations and effects that different thoughts and habits have on each other. These relations are not just at work on the factory floor, but they permeate all of the economy; consumption, production, and even financial speculation all require the spread of opinion and beliefs, which is why Lazzarato argues that such relations determine the “economy” (in a restricted sense) rather than vice versa. The title of his book on Tarde (which I am halfway through) is, after all, Puissance de l’invention: la psychologie économique de Gabriel Tarde contre l’économie politique. In a similar way, Virno examines Simondon’s notion of transindividuality to examine the manner in which subjectivity is constitutive of and constituted by habits, languages, and knowledges that exceed it. Simondon offers the grounds for understanding what Marx referred to as the “social individual.”

In the case of both Virno and Lazzarato the examination of what could be called, for lack of a better world, sociality, is tied up with arguments regarding the “general intellect” and the epochal transition from material to immaterial labor. However, and this is why I began the post with the passage on cooperation, as well as the general point about Marxist philosophy, there is also the sense that Marxism, or at least materialism, requires an anti- or non-individualistic account of social relations. Virno’s analysis of Simondon (in various articles and interviews) is as much about a general ontology of social relations as it is about a new mode of production. This is even more the case with Lazzarato’s sudy of Tarde; especially since Tarde already claimed, in the early part of the twentieth century, that political economy failed to grasp the relation between thoughts, habits, and beliefs that make anything like an economy possible. So it is as much of a matter of grasping the past as the present or future of capital.

I do not have a real focused conclusion to this post; it does seem to me that this task of thinking social relations beyond the category of the individual is crucial to understanding the past, present, and future. The effect of thoughts on thoughts, habits on habits, beliefs on beliefs, is a terrain that is in need of conceptualization. This may not be something that can be extracted from Capital, but it is very much a philosophy that the later requires. A philosophy for Marxism rather than a Marxist philosophy, to use Althusser's distinction.

Posted by unemployed negativity at 11:42 PM

I'd like to register one reservation, or at least a friendly amendment. The category of the individual does not have only an atomic version (Thatcher's claim that there is no such thing as society, e.g.). There is also the individual as both microcosm and macrocosm. Capitalism seems, for example, to employ a mutated version of Plato's city-soul analogy. The structure of capital as a whole--an ever-expanding organic process of self-maximization--is to be internalized by each and every person, and it is the adequation of each to the whole that constitutes the formation of the individual as such. In other words, the individual is merely an instantiation of the Individual.

I realize that I'm preaching to the choir now. Multitude, etc. So I'll quit for now.

I think that you are right (and have articulated the problem perfectly). Which is why in the few texts where he talks about the "transindividual," Balibar stresses that it is a concept/problem that cuts across the individual and any representation of society as an individual writ large, in the form of wholism or functionalism.