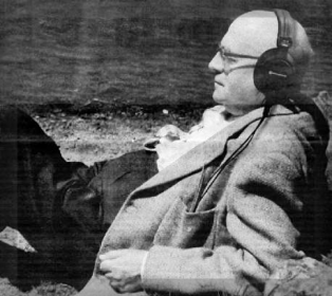 I recently started reading Massimo De Angelis’ The Beginning of History: Value Struggles and Global Capital, as part of some reading I am doing on the concept of the commons, and I definitely recommend it. I plan to put together some notes and something like a review as soon as I finish, but in the meantime it provoked me to write the following. In part De Angelis’ book constitutes something of a return to first principles, a return to some of the original ideas of autonomist Marxism. This return is in part explicitly aimed against the contemporary turn in post-autonomist Marxism towards the ideas of “immaterial labor” and Empire. This is what I plan to address in a week or so, or whenever I finish the book.

What struck me recently, however, is the way that the book reframes the autonomist concept of “class composition.” It is class composition, the analysis of the social, technical, and political composition of work, as both cause and effect of struggle, that underlies such concepts as “mass worker” and “social worker.” De Angelis expands the concept of class composition, however, to include reproductive work, following Dalla Costa in arguing for the centrality of unwaged housework to the production and reproduction of capital, renaming it community composition. But the basic tenet remains the same, the tenet that “the forms, the objectives, the dynamics of social conflict are linked to the ways people relate to each other in the places of production and life within a certain historical context.”

It is worth noting, since the matter of the conflicts between “old” and “new” autonomist thought has been raised, that Nick Dyer-Witheford has argued for a revival of a compositional analysis with respect to the multitude. This analysis has the benefit of removing the multitude from a celebration of the new, situating it with respect to the conflicts that animate it. Thus, the emphasis on global relations and new forms of technology are maintained, but they have to be understood in relation to the local conditions and underdevelopments that act as counter-tendencies. Dyer-Witheford’s position seems to make the most sense to me, not only in that it moves us beyond the ridiculous argument of “everything has changed” versus “nothing has changed,” but that it also revives the idea of research, or worker’s inquiry. Ironically there is a great deal of research and inquiry underlying such concepts as “immaterial labor,” it is just that none of this research, which has appeared in such texts as Le Bassin de Travail Immatériel (BTI) dans la Métropole Parisienne, has not appeared in English, lending credibility to the idea that such concepts are the products of the philosopher’s abstraction rather than worker’s enquiry.

This is not the point that I would like to raise now, after all I have to save something for the review, I would like to discuss something entirely different, something that comes out of one of those contingent mental events that happens when one happens to read two things at the same time. In this case, it is a matter of reading Massimo De Angelis at the same time as I am preparing a class on the Frankfurt School. One of the things that strikes me is that there is, in the early works of Horkheimer and Adorno, at least, something like a thought of class composition, of the technological, social, and political constitution of a class. The major exception is that the class in question is no longer the working class, whose struggle drives capital, but the bourgeoisie, the ruling class.

At different and sporadic points, Horkheimer and Adorno make the point that the values and ideals of bourgeois philosophy, autonomy, freedom, conscience, relate to a particular stage of the development of capitalism. As Horkheimer writes:

“Admiration for nobility of character, fidelity to one’s word, independence of judgment and so forth are traits of a society of relatively independent economic subjects who enter into contractual relations with each other…Under the conditions of a monopolistic capitalism, however, even such a relative individual independence is a thing of the past. The individual no longer has any ideas of his own.”

The liberal subject, the subject of conscience, rights, and autonomy, is a product of liberal capitalism, capitalism of the small business, the entrepreneur, and the individual craftsman. (Although it might be more accurate to say that it is both effect and cause, producing its justification) Horkheimer and Adorno are less interested in describing this “liberal” phase of capitalism, or in nostalgia for its charms, than in charting what happens to these ideals under monopoly capitalism, the capitalism of large scale industry and the totally managed enterprise (in the form of fascism or even state capitalism). This transformation does not so much invalidate the ideals of liberal capitalism as it undermines their material basis. These ideals are necessarily transformed as their fundamental conditions, most notably the division between private and public, collapse. To quote Adorno from Minima Moralia:

“With the dissolution of liberalism, the truly bourgeois principle, that of competition, far from being overcome, has passed from the objectivity of the social process into the composition of its colliding and jostling atoms, and therewith as if into anthropology.”

Or to take a few more impressionist passages from Minima Moralia:

“As the professions of the middle-man lose their economic basis, the private lives of countless people are becoming those of agents and go-betweens; indeed the entire private domain is being engulfed by a mysterious activity that bears all the features of commercial life without there being actually any business to transact.”

“Whatever was once good and decent in bourgeois values, independence, perseverance, forethought, circumspection, has been corrupted utterly. For while bourgeois forms of existence are truculently conserved their economic precondition has fallen away. Privacy has given way entirely to the privation it always secretly was and with the stubborn adherence to particular interests is now mingled fury at being no longer able to perceive that things might be different and better.”

One could go on; in fact this idea of the decaying husk of bourgeois subjectivity becoming more malevolent as its conditions disappear constitutes something like a minor theme of Minima Moralia. With the loss of the independence and protection of private property, the private home that offered refuge from the demands of competition and the private industry of the small enterprise that rewarded honesty and inniative, the admirable moral qualities of bourgeois life disintegrate in the face of a generalized competition and “networking” that converts every social relation into a business contact. This description is a kind of “neoliberalism” avant la lettre, in which economic relations subsume all of society. It is also similar to the autonomist discussion of real subsumption, with the exception that it is less about the composition of the working class, than of the bourgeoisie that clings to its ideals long past their economic justification.

This is obviously a first glance, as I have not even finished reading De Angelis’ book or rereading Minima Moralia, but a few conclusions follow. It seems to me that class composition must be extended across both sides of class struggle; it is not just the working class whose conditions are structured by the economic, political, and social constitution of its existence, so are the capitalists. As Alain Badiou writes,“Il faut concevoir la société impérialiste non seulement comme substance, mais aussi comme sujet.” (It is necessary to conceive of imperialist society not just as substance but also as subject). Subjectivity is not only on the side of resistance, it is not a matter of a class confronting a structure, multitude against empire, but of different subjectivities. However, the picture is not one of two necessarily opposed camps, in which the new global bourgeoisie confronts the multitude, but of the constant transformation of the terms of antagonism. As Negri writes, “The ontological aspects of subjectivity are produced in different (or rather, antagonistic) ways.” It seems to me that focusing on the composition means that the different elements, technical, social, economic and political do not have a necessary capitalist or anti-capitalist dimension. New technologies can lead to either the constitution of a new commons of information and knowledge or to new realities of surveillance and work. At the same time even an economic crisis, the destruction of the existing conditions for exploitation, can become part of a revolutionary or reactionary composition.

Posted by unemployed negativity at 11:22 PM

Great post. I've also just started Massimo's book, I look forward to reading more of your thoughts on it.

I think your point about how class composition can go both ways across the class line is really important. I know there's an extensive literature on 'class formation' in history, among the many things I keep meaning to read. For me, thinking along these lines has meant giving up on a strong version of the 'autonomist hypothesis' wherein changes in capitalism only follow from working class initiative. It seems to me that painting the other side as only reactive doesn't explain as much as seeing initiative on both sides.

On militant research, I've changed my mind a lot on that and am currently still out to lunch. In case you're interested, this is a talk I gave a while back - http://whatinthehell.blogsome.com/2006/08/16/is-militant-research-3/ - after which I realized I had started to change my mind on this stuff.

Thanks for your always thoughtful response. I quickly read through your piece, and then decided that it needed much more than a quick read through. I am currently writing up some notes/a post on the De Angelis book. Interestingly enough it seems to me the book attempts to address the very issue that you bring up regarding initiative.