Iron Man Versus Masculinity: Or, Writing Myths Backwards from Freud 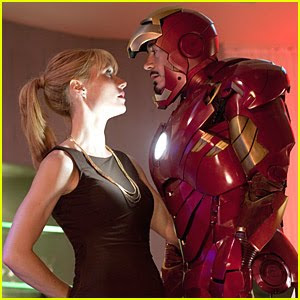 The standard nomenclature for superheroes takes the form of “[blank]-man”, in which the blank, the variable, defines the qualities, powers, or theme (super, spider, or bat) and “man” in this case is simply generically human. There is little thought of the specific gender, except in the patriarchal manner in which man stands in for all of humanity. Invariably these superheroes are followed by their female variants, supergirl, spiderwoman, batgirl, in which gender is specifically marked, usually by a short skirt.

To the extent that gender does appear, it appears through the superhero’s origin story, a necessary component of all superheroes. This origin story appears, as it were, twice: once in terms of the superpower, the mutant spider, or cybernetic suit, and once in terms of the founding trauma that provides the fundamental motivation. The latter is decidedly familial, even oedipal, in that it is a story of lost love and paternal authority. The contemporary superhero is at once post-human, alien, mutated with superhuman strength, or at least possessing an array of gadgets, and all too human, still worried about what dad (or Uncle Ben) would think and still missing mom. (Ang Lee’s Hulk film pushed this furthest, moving into absolutely Freudian territory, complete with repressed memories of a mother, and an epic battle between father and son). Superhero stories reflect, in a pop-culture manner, Deleuze and Guattari’s argument regarding of the fundamental contradiction of contemporary capitalism in Anti-Oedipus, that as much as capitalist production confronts and transforms the fundamental nature of reality, unlocking the secrets of the universe and DNA, capitalist reproduction reterritorializes all of this on the relations of production, relations that include the family as the fundamental matrix of identity and desire. To cite the most distilled and concentrated passage on this point.

Civilized modern societies are defined by processes of decoding and deterritorialization. But what they deterritorialize with one hand, they reterritorialize with the other. These neoterritorialities are often artificial, residual, archaic; but they are archaisms having a perfectly current function, our modern way of ‘imbricating,’ of sectioning off, of reintroducing code fragments, resuscitating old codes inventing pseudo codes or jargons…These modern archaisms are extremely complex and varied. Some are mainly folkloric, but they nonetheless represent social and potentially political forces…. Others are enclaves whose archaism is just as capable of nourishing a modern fascism as of freeing a revolutionary charge…Some of these archaisms take form as if spontaneously in the current of the movement of deterritorialization…Others are organized and promoted by the state, even though the might turn against the state and cause it serious problems (regionalism, nationalism). (Deleuze and Guattari 1983: 258/307)

On this reading superheroes are the personification of the contradiction of capital. At the level of their powers, their masked selves, they unlock the secrets of the universe, of spider DNA, and bat-a-rangs, but at the level of their secret identities they are burdened by Oedipal subjectivity, by a father who never showed his love or parents who are lost with the true alien homeworld.

The first Iron Man film was relatively free of any Oedipal coding. Iron Man created himself, with the help of the military industrial complex, in the desert. Its myth was more Prometheus than Oedipus: the first movie’s tagline was, “Hero’s aren’t born. They are built.” The only father figure was Jeff Bridges’ Obadiah Stane, which opened up the general question of inheritance and legacy, a theme that the second film continues. The second film is all about inheritance, of property, legacy, etc., but more on that in a minute. Some people have argued that the film suffers from too many villains, Rourke’s Whiplash, Sam Rockwell as a rival arms manufacturer, Don Cheadle as War Machine, and an army of drone soldiers. However, it occurred to me while watching the film that Iron Man’s true enemy is masculinity itself. We learn early in the film that the technobabble in his chest is slowly poisoning him. He reacts to this situation with a combination of stoic isolation, refusing to tell his closest friends and confidantes, and all the clichés of a midlife crisis, racing a car at Monte Carlo, dancing to Dr. Dre, and hiring a young attractive redhead as his personal assistant.

All of these actions drive Tony Stark’s (Iron Man) friends away, further exasperating the situation. He is finally rescued from both his technical problem and his existential malaise when Nick Fury gives him some old home movies of his father. In a brilliant bit of casting his father is played by John Slattery, who plays Roger Sterling on Mad Men, thus borrowing the latter’s nostalgia for a “simpler” time when men were men and women did not study mixed martial arts. These home movies provide Stark with the necessary science to solve his problem and with the reassurance of his father’s love, which powers his new suit making it possible for him to defeat the enemy and get the girl. Oedipus complex successfully resolved.

Iron Man is a cold war creation, and his place in the Marvel pantheon has generally been to outdo Captain America in jingoistic nationalism, so one would not be surprised to see Cold War themes in the film. The first film dispensed with these references, rewriting Iron Man’s origin in the “War on Terror.” They return in the second film. We learn that Iron Man has his origins in the cold war arms race, and that his new nemesis, Mickey Rourke’s Whiplash, is the son of his father’s one time collaborator. What is strange is that we learn that Iron Man’s father had him deported when he learned that he planned to exploit the technology for profit, a definite case of a pot calling a kettle black. Whiplash seeks revenge for a legitimate wrong, but the film does not address that. The only sins of the past that need to be addressed are familial, political wrongs can simply be overcome with superior firepower.

Posted by unemployed negativity at 10:03 AM