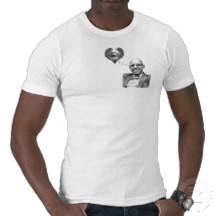 The good folks at Viewpoint have published a (new) translation of Michel Foucault's "Les Mailles du Pouvoir." This was originally a lecture that Foucault gave in Salvador, Brazil. It was published in Dits et Écrits, but was not included in the truncated Essential Works of Michel Foucault, a collection which is less an abridged version of the comprehensive French collection than it is a repackaging of Foucault's already published works. Unfortunately, "Essential" is less a descriptive term than it is a performative one, and this collection will probably be the official word on Foucault's writing. Which is too bad, the "Mesh of Power" (to use the name of the translation) is one of those texts that, to borrow a phrase from Foucault, would have saved many of us a lot of time. By "us" I mean those that were interested in the relation between Marx and Foucault.


This text offers three paragraphs in which Foucault presents his understanding of power in Marx. I cite them here at length (Foucault is making a reference here to the second volume of Capital. However,  he does not mean Volume Two, but the edition published by Editions Sociales in France which divides Volume One into two books. The second book comprises Sections, 4, 5, and 6 of Volume One of Capital, the sections on the production of relative and absolute surplus value.)

"First, what we may find in the second volume of Capital is that one power does not exist, but many powers. Powers, this means forms of domination, forms of subjugation that function locally, for example in the workshop, in the army, on a slave plantation or where there are subservient relations. These are all local and regional forms of power, which have their own mode of functioning, their own procedure and technique. All these forms of power are heterogeneous. We may not, therefore, speak of power if we wish to construct an analysis of power, but we must speak of powers and attempt to localize them in their historic and geographic specificity..

Second, it appears that these powers cannot and must not simply be understood as the derivation, the consequence of some kind of overriding power that would be primary. The schema of the jurists, whether those of Grotius, Pufendorf, or Rousseau, amounts to saying: “In the beginning, there was no society, and then society appeared when a central point of sovereignty appeared to organize the social body, which then permitted a whole series of local and regional powers”; implicitly, Marx does not recognize this schema. He shows, on the contrary, how, starting from the initial and primitive existence of these small regions of power – like property, slavery, workshop, and also the army – little by little, the great State apparatuses were able to form. State unity is basically secondary in relation to these regional and specific powers; these latter come first.

Third, these specific regional powers have absolutely no ancient [primordial] function of prohibiting, preventing, saying “you must not.” The original, essential and permanent function of these local and regional powers is, in reality, being producers of the efficiency and skill of the producers of a product. Marx, for example, has superb analyses of the problem of discipline in the army and workshops."

What Foucault presents, in broad schematic form, is an understanding of a theory of power in Marx that is something other than the mixture of economism (power is a possession) and essentialism (man is a laboring animal) that one generally finds in Foucault's dismissal of Marx. Marx's concept of power is multiple, and, most importantly, productive.

In an odd bit of synchronicity I learned of this translation at the same time that I discovered a recent essay by Pierre Macherey, "Le Sujet Productif" which deals with the former essay, and the larger Marx/Foucault relationship. Macherey asks the question what is it about these sections of Capital that interested Foucault? And how might these sections shed light on Foucault's broader engagement with Marx, specifically the passage about capitalism and biopower in the final chapter of The History of Sexuality.The point of intersection between Marx and Foucault is, as I have already suggested, production, the productive nature of power.

Foucault's classic formulation of this is his idea of discipline, which, as he famously argued, must "increase both the docility and utility of the elements of the system," simultaneously increasing productivity and decreasing resistance. Discipline must make workers, soldiers, and students more capable but less apt to rebel. Marx's formulation is different, passing through the disjunct relation of labor power sold as a commodity and its "use" in the apparatus of production. Foucault and Marx converge on this point, on this general problem of productive docility. One could focus on the differences between Marx and Foucault. Marx's fundamental distinction, between the formal equality of the labor contract, the sphere of circulation, and the material difference of the labor process, is largely absent from Foucault. Moreover, Marx focuses on separation, the separation from the means of production, while Foucault focuses on intensification of forces. Macherey seeks their points of convergence, a convergence framed in terms of the overlapping problem of making a subject productive and the productive nature of power. Macherey's interest in this productivity goes to the point of uncovering the latent biopower in Marx's concept of living labor.

Thus it could be possible to say that what Macherey is ultimately interested in the intersection between Marx and Foucault's respective anthropology and ontology. The first word might seem scandalous with respect to Foucault, who sometimes used the very idea of an anthropology, a critique of an anthropology of labor, to distance himself from Marx. As Foucault writes in "Truth and Juridical Forms,"

"So I don’t think we can simply accept the traditional Marxist analysis, which assumes that, labor being man’s concrete essence, the capitalist system is what transforms labor into profit, into hyperprofit or surplus value. The fact is capitalism penetrates much more deeply into our existence. That system, as it was established in the nineteenth century, was obliged to elaborate a set of political techniques, techniques of power, by which man was tied to something like labor—a set of techniques by which people’s bodies and time would become labor power and labor time so as to be effectively used and thereby transformed into hyper profit”

Anthropology in this context means both something very new and very old. It is an anthropology of mankind's capacity to be produced, to be transformed by power, a post-humanist anthropology. But this post-humanist anthropology takes us back to the oldest anthropology of all, to the idea of "second nature" which has been used since Aristotle to refer to the maleable aspect of humanity. (This idea of "second nature" is the subject of Bertrand Ogilvie's La Seconde nature du politique a book which Macherey provides the introduction for, and I plan to read soon). The productive nature of power, its capacity to transform subjectivity, has as its often unstated corollary an idea of a fundamentally transformable human nature, which transforms what is meant by nature.

All of this, the radically singular nature, the capacity to affect and be affected, might begin to sound like Spinoza, which could be expected. Macherey, however, is less interested in ontologizing Foucault or Marx than in demonstrating how the latter can historicize the former. The general Foucauldian problematic, the idea that power presupposes a certain degree of freedom, is revealed to be ultimately an element in the critique of capital, a component of the critical engagement with labor power, and not, as it has been proposed, an independent and opposed basis of analysis. The same is true of discipline, which can be understood as the problem of labor power generalized across society. Schools, prisons, and factories are under the general imperative to make their subjects both productive and docile.