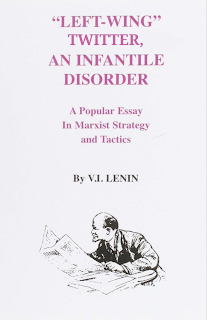 Academia functions by specialization. We are all divided into our respective fields, philosophy, sociology, economics, political science, etc., and then once more into the subfields, methodologies, etc. Keeping on top of the relevant material keeps us in our little cells. Publish or perish to the extent that it still remains the law of the land has as its corollary survive by specialization. Academics are like exotic tropical fauna that survive only within a particular niche.

I mention this at the outset because I have been thinking about how there are a set of technological, political, and economic transformations which can, and have, for particular people become objects of specialized study, but are also phenomena that one must necessarily have some understanding of not just as an academic, but as anyone who wants to make sense of and act in the world. Off of the top of my head I can name three transformations: the transformation of social, psychic, and political life by the ubiquity of social media; the transformation of capital by processes of automation and communication that displaces wage labor and entire populations; and the increasing transformation of the natural world by human economic and technological processes that is often summed up by the anthropocene. Others can probably add one or two more (the centrality of racism to contemporary "populist" politics comes to mind as a fourth), and some would contest the centrality of these three but my point is that they seem unavoidable in a way that exceeds academic specialization. Of course it should be noted that there are specializations in all three of these areas and they might be the first to contest or question the offhand and casual way these have become hot topics for everyone. In other words, I apologize in advance to all my friends working in media studies for what follows.

This seems the best way to approach Richard Seymour's The Twittering Machine. Seymour is the author of several books,  and the longtime blogger at Lenin's Tomb who has since moved onto Patreon, he is active on twitter, and thus, one assumes familiar with the world of which he writes. Although, of course the same could be said of anyone, published or unpublished. The world of social media has transformed the nature of not only what it means to be a writer but also what it means to read. Writing and reading have been subsumed under the demand to constantly connect and communicate.

Seymour's book is structured in five chapters all titled with the beginning "We are all..." "addicted, "celebrities", "trolls," liars, dying, and "scripturient." The "we" implicates all of us in these transformations. There are no generational scapegoats to separate us from them. All too often discussions of social media use, like discussions of consumerism and other moralisms of contemporary life, are about the use of the other, everyone knows someone whose social media use is excessive. It is not just the chapter titles that stress the inescapable  of social media as Seymour agues the ubiquity of social media has to be understood in terms of the transformation of work, smart phones have become hardwired into most job expectations, and social existence in general. Social media cannot be understood outside of the changes in society. As Seymour writes,

"The more society becomes dependent on social media to achieve everyday goals, such as socializing, entertainment, job-seeking and romance, the more it becomes logical, not pathological, to use them often and become anxious when cut off."

We all more or less have to use social media, but that does not mean that it is simply a tool for us to use. Its makers, designers, and owners have goals that are distinct from ours. They need to keep us online, keep us addicted, and in doing so they have profoundly altered not only social relations but subjective ones as well. 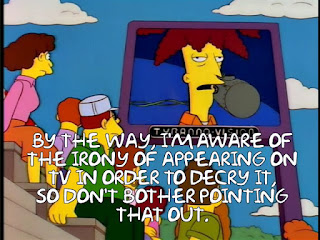 The two chapters on "celebrities" and "trolls" indicate something of the dialectics of individuation and socialization in social media. The celebrity is a particular mode of individuation while the troll is the new figure of the masses, of the anonymous crowd. To say that the celebrity is a mode of individuation is seemingly paradoxical. Isn't the online celebrity, the influencer, or the person online who has no shortage of witty tweets or cute pics to be liked and commented upon not so much an individual in sense of isolated and autonomous, but someone who exposes the social basis of even the most narcissistic individual. Celebrities cannot exist without fame. It is more correct to say that the celebrity is a particular mode of individuation to use a term from Simondon (who Seymour cites). As such it is a precarious way of being of individual, of constructing an identity and sense of self: online fame is never far from online shame, from being "cancelled" or "ratioed," the online public is an incredibly fickle master. The opposite of the celebrity is the troll. While the first is trying to be seen as individual, or who is individuated by the attention paid to their taste and opinions, the latter is made more powerfully by acting as part of a crowd. Seymour states the logic of trolling can be summed up with the formulation "none of us is cruel as all of us." The collective action of trolling is not just a particular imitation of affects, in which cruelty and glee are intensified by others, but one in which any individual identity and attachment must be effaced. Seymour relates several stories in which a "troll" mistakenly emerges as an individual from the mass only to be set upon like blood in the water. Following Seymour, and with reference to Simondon and Castel, I am tempted to see celebrity and trolling as what remains of individuation and collective belonging when the institutions for them are severely attenuated. As such they cannot be separated from the general brutality defining social life. As Seymour writes,

"The machine is perfectly congruent with the tendency that Raymond Williams described, wherein the New Right sought to rebuild societies to resemble the brutal struggle for survival among states. These societies were nihilistic, he said, their goal 'a willed and deliberate unknown, in which the only defining factor is advantage.' The platforms have distilled the idea of advantage into perfectly abstract metrics of attention and acclaim. Attention that is wrestled most efficiently through manipulation from the 'thirst trap' to 'fake news.'

Celebrities and trolls are playing different games, one produces individuality and the other loses itself in an anonymous "they," but both games are made possible by the same machines that keep score, that give us a digital indicator of our effects, our impact in the world.


If all of this seems fairly pessimistic just wait until we get to politics. As Seymour argues there is less evidence suggesting that social media played a formative role in the "twitter revolutions" from Tunisia to Turkey than suggesting that twitter is an important part of ISIS and white supremacist terrorism. Social media might be a useful platform for organizing and disseminating protests, but the various occupations from the movement of squares to occupy still depend on bodies in space. Social media tends to lend itself more towards a politics of isolation and generalized antagonism. Social media lends itself to stochastic terrorism because its entire model of influencing is stochastic, processing tendencies through algorithms that intensify and cultivate existing sentiments, pushing them to something only social media can satisfy. The stochastic nature of social media works with the inchoate nature of contemporary anger, racism, and misogyny always threatening to tip the latter over into the violent actions the punctuate daily life. As Seymour writes, "Fascist terror is 'stochastic' because fascism is still fractal: the armed shitstorm, a material possibility of the medium ever bit as much as the meatspace troll, has yet to materialize. But these are early days for the networked fascism of the twenty-first century."

With such a bleak formulation Lenin's question becomes even more important, What is to be done? The question becomes even more imperative as you may have come to this blog through twitter or facebook, that we all try to use these technologies, these industries of attention and isolation, in order to communicate and produce something other than profits for Silicon Valley. This is a question about producing a different practice of attention, but also of a different practice of social media. There is a celebrity in all of us, a tendency to find validation in likes and retweets, and there is also a troll in all of us, an ability to find confirmation and community in being part of a crowd of righteous anger. They both must be killed, and killed again. Such is the condition for online life until we can produce something else.

Posted by unemployed negativity at 12:10 PM