The Prehistory of Neoliberalism 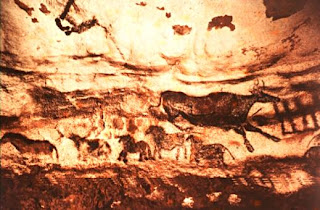 In Book IV of the Politics, after classifying all of the various types of political constitution monarchy, aristocracy, oligarchy, etc., Aristotle argues that there are mainly two constitutions, of which all the others are only variations: democracy (rule of the poor, and many) and oligarchy (rule of the rich, and few). The reason for this is quite simply the principle of non-contradiction. It is possible for the same person to be both a farmer and a warrior, a craftsman and judge, thus making possible any combination of positions and tasks (e.g. an agrarian military dictatorship), but it is not possible for the same person to be both rich and poor (1291b). Rich and poor remain irreducible as identities and thus the conflict between the rich and the poor is unavoidable for every constitution.

Aristotle’s assertion of the fundamental nature of class struggle for politics beats The Communist Manifesto to the punch by over two thousand years. It is perhaps not surprising that Alain Badiou cites Aristotle in a chapter of Being and Event dealing with Marxist state theory. As Badiou writes: “Aristotle had already pointed out that the de facto prohibition which prevents thinkable constitutions—those which conform to the equilibrium of the concept—from becoming a reality, and which makes politics into such a strange domain…is in the end the existence of the rich and the poor” (pg. 104). Unlike the Manifesto Aristotle does not propose to overcome this rift through revolution but seeks to manage it by conjoining aspects of democracy and oligarchy. Aristotle argues that one solution is to promote the formation of a middle class. For Aristotle this middle class, neither rich nor poor, is also a “mean” between two extremes politically, it is a class that neither “avoids ruling” or “pursues it” (1295b). Underlying Aristotle’s assertion regarding the virtue of the middle class is an argument that is so contemporary that it is almost unrecognizable: the identification of the social position of the middle class with the political position of the center. What is contemporary about this argument, which is really more of an axiomatic assumption than an argument, is the assertion, that the class which is in the economic middle is also the mean between extremes politically. The middle class is free of the arrogance and major vice of the rich and the malice and petty vice of the poor. They are the moral center of the polis. It turns out, however, that the middle class is as precarious as it is ideal, the middle class is constantly at risk of disappearing into its two extremes. (Two themes that which we might associate with contemporary invocations of the “middle class”: its fundamentally decent and honest nature and its “disappearance” turn out to quite ancient) It is for this reason that Aristotle lists other ways of resolving the tension between the rich and the poor, other ways of protecting the middle from its extremes. One strategy is to place the capital in the middle, equidistant from the small farms and villages, which make up the populace. The people, including the poor, are the permitted to participate in politics by right, but excluding by the mundane facts of life. As Aristotle writes: “For they have enough to live on as long as they keep working, but they cannot afford any leisure time” (1292b27). The rift between the rich and the poor is unavoidable, but it can be managed by other facts that are just as unavoidable. There is only so much time in a day, and given a choice between political participation and making a living the poor will always choose the latter—if it can be called a choice. The translation puts a particular contemporary spin on the matter by foregrounding “leisure time,” suggesting the contemporary situation in which politics is simply the least entertaining of several “leisure time” activities.

Politics undermines the social by displacing the divisions of the rich and the poor with a unified identity, that of the citizen, or of the nation. At the same time the social or economic activities of work and leisure are used to temper political grievances, the conflict over the distribution of offices. In contemporary terms, Rancière argues that there is a “reduction” of the social by the political whenever national unity is used to ward off the facts and conflicts of social division. The inverse, the reduction of the political by the social, takes place whenever the promise of general economic development, of progress, is offered as a solution to political conflict.

What Rancière finds in Aristotle is a “strategy” that he argues is paradoxically as ancient as it is modern. Aristotle’s text is exemplary in that the double process of the reduction of the political by the social and the political by the social is explicitly articulated. Aristotle explicitly articulates the various strategies or deceptions by which the tension between the rich and the poor can be overcome or displaced. In On the Shores of Politics Rancière is critical of the reduction of democracy to a democracy of consumer choices, “the banal themes of the pluralist society, where commercial competition, sexual permissiveness, world music and cheap charter flights to the antipodes quite naturally create individuals smitten with equality and tolerant of difference.” Thus, suggesting that the reduction of the political by the social has triumphed. At the same time, however, Rancière is quick to distance himself from “metapolitical” critics such as Marx who reduce democracy to a merely an appearance, an after image of the realm of exchange with its “Freedom, Equality, Property and Bentham.”

What Rancière’s interpretation leaves open, however, is precisely how this “double process” can be related to the contemporary world. What institutions, structures, and organizations perform this dual action of reduction? To what end? This question seems all the more pertinent today in that we are witnessing in the form of “neo-liberalism” a reinforcement of the overlap between the political and the social. The very term “free markets,” the dominant ideal of political and economic life according to neo-liberalism, articulates this overlap and consumes: “free” invokes political ideals of freedom while the term “market” grounds these ideas in economic life. The term “free-markets,” and its associated rhetorics, politicizes economic life, making the market a space of freedom rather than of the production, circulation, and exchange of resources, while at the same time “economizing” politics, freedom becomes a choice between consumer goods. The term “free market,” at least in the manner in which it functions in contemporary polemics, defines politics and economics by each other, simultaneously confusing the two. Thus democracy and free markets become not only conditions of each other, but ultimately the same thing.

In Hatred of Democracy Rancière turns his attention not to neoliberalism, to the practices that reduce democracy to consumer choice, but to the theories quasi-sociological and philosophical, which reduce the politics of democracy to a pop-sociology of consumer society, what he calls the collapse of political, sociological, and economic onto the same plane. What this paves the way for is ultimately a reduction of democracy to an anthropology, or an anthropological opposition between “an adult humanity faithful to tradition, which it institutes as such, and childish humanity whose dream of engendering itself anew leads to self-destruction.” I will say two things about this: one, it is oddly reminiscent of Rancière’s critique of the 1844 Manuscripts, which he argues reduced such terms as value, wealth, and alienation to an anthropological meaning, and two, it is a little disappointing. Now this disappointment may have to do with untranslatable nature of a polemic. Ultimately what Rancière offers is a critique of what we would call in neoconservatism and not neoliberalism, or the juncture between the two.

Posted by unemployed negativity at 1:27 AM

UN, this is a great post. I've still not read the Politics much at all.

What do you make of Ranciere's separation of politics and economics? On the one hand, I find him generally compelling, but on the other hand I'm hard pressed to avoid concluding that Ranciere winds up with an implicit argument about the autonomy of the political (or autonomy of the police), which is itself an argument totally compatible with marxism-as-police.

Nate, I actually think that Ranciere has a pretty complex view of the interconnection between politics and economics. After all he still considers the proletariat to be an exemplary instance of political subjectification, although he reverses its signification. As he says in the Historical Materialism interview, “I don’t so much frame politics in terms of class struggle as reinterpret class struggle from a political point of view: class struggle as the power of declassification.” However, I found the Hatred of Democracy book to be fairly to be disappointing on this count. To put it in the terms of a latter post, he is preoccupied with defending democracy from neoconservatism (in its French form) arguments about an excess of democracy, that he forgets all about the reduction of freedom to consumer freedom.

Hey there -
That HM interview's one of my favorite Ranciere things actually. I wasn't clear and now as a result I'm confused. I didn't mean politics in the Rancierean version. I meant politics as in the older, I think more prevalent, and maybe more common sense version, which for Ranciere is not politics but police, which I'll call "the political" here. When you said R has a comple view of the politics-economics realtion wich did you mean, politics or the political (or both)?

I know R's against the idea that behind politics (what he calls politics) is something else, the economy. But it's not clear to me if he would say the same about the political, if he's also against looking for something behind that.

Another way to say ask this is how does he understand how different moments or modes of police relate to each other? The autonomy of the political from the economic is a thesis about the relationship of two modes of police.

I think that Ranciere says somewhere (I think that it is in the Angelaki interview, in response to a question about Arendt that politics (in his sense) is often about contesting the division between the economic and the political. In fact I would say that this is almost the primary form of policing, deciding what is political and what is merely private. Ranciere's choice of examples: feminism and proletariat seem to support this idea.

Your point about seeing economics behind the political is an interesting point.