Movies: Ruining the Book since 1920 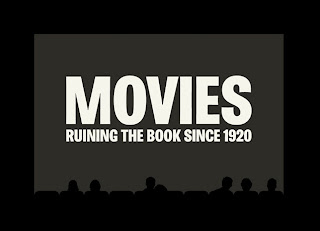 For Christmas this year I got a t-shirt that reads: “Movies: Ruining the Book Since 1920.” I am not sure if always agree with the sentiment, especially since Hollywood has long since moved on from books to video games, toys, and tv shows. Can anyone really shed a tear for the Transformers, which went from a half hour toy commercial to a two hour one? However, today I saw I am Legend, and I most agree with what the shirt says wholeheartedly.


O.k. I admit that Richard Matheson’s little novella, I am Legend is not exactly great literature. Some of it, the long pseudo-scientific discussions as to why vampires are repulsed by garlic, for example, are just plain boring. It does, however, have a great ending. Here is my quick synopsis so…Spoiler alert. The novel deals with Robert Neville the last human survivor of a plague of vampires. In the novel they are definitely vampires; while they are not the brooding eurotrash variety a la Dracula, they are garlic hating, blood sucking, daylight-avoiding vampires. As I have already stated, Neville spends a good part of the novel trying to understand how such a thing as vampires could exist, not only exist but spread to the point of wiping out the world. His days are divided between the scientific task of understanding the “plague” and the somewhat less than scientific task of hunting the sleeping vampires, and driving a stake through their hearts, all in the name of survival. Now, as I said, the exposition of this scientific research is not the most fascinating prose, but it does at least introduce a theme, that of science versus myth. Neville is a man of science, and cannot tolerate superstition even as the evidence for it surrounds his house every night, seeking his blood. To cut to the chase, the ending, Neville eventually meets a woman who appears to be another survivor, and takes her into his home. It turns out, however, that she is a vampire in disguise (makeup to cover her pale skin). Neville discovers this, but not before she has drugged his food or something to that effect. The woman has drugged him in order to bring him to his public execution, to slay the monster. In the last pages of the novel, we learn that Neville has become a monster to the world of vampires, a “monster” who walks during the day and murders vampires in their sleep. It is a little more complicated than that, and there is a lot of complicated pseudo-science about how some of the vampires retain some of their humanity, but the point is the hero of the story is in some sense a monster. As Neville reflects on his demise, Matheson writes,"Normalacy was a majority concept. The standard of many and not just the standard of one man." In a society of vampires the human is a monster. Moreover, Neville, the man of science, is not only forced to accept the reality of myth, but becomes myth: he has become the vampire’s boogeyman.

O.k. it is not incredibly profound, but it does have a nice little twist, like an old episode of the Twilight Zone (Matheson used to write for the show back in its heyday). This ending is entirely absent from the film. Although, I should mention that the first half of the movie is quite good. I am a sucker for post-apocalyptic landscapes and for German shepherds, and the movie has both. So, I was even more disappointed as the film lost track of the book. First, the film does away with the conflict between myth and science by removing any reference to vampires; they are mutants, horrible CGI mutants. Second, in the film Neville (played by Will Smith) is a military scientist who remains in New York to find a cure after his family and everyone else has been evacuated. There is even vague talk of New York as ground zero, and the importance of remaining at one’s post. In the film the woman is not a vampire in disguise, but simply another survivor, one who brings a message of hope, of other survivors. Worse of all, in the film Neville discovers a cure for the mutagenic virus, sacrificing himself in the process. This completely changes the meaning of the title, from irony to salvation. The movie ends with a voice over explaining how Neville is a legend, a hero who brought humanity from the brink of extinction.

What strikes me most of all, and this hopefully justifies this post about my cinematic frustrations, is the stark juxtaposition of the politics of the two endings. In the first, a would be hero, someone who believes that he is struggling for reason, science, and the survival of humanity, learns that he is from another perspective a monster. In the second, a character, a scientist and a soldier, stays the course, sacrificing his family and his sanity, only to be redeemed as a savior in the end. So Matheson’s criticism of the American ego ideal, the belief in being on the side of reason and progress, gets turned into a two-hour defense of the Bush administration.

I should have just gone to see Juno instead.

Posted by unemployed negativity at 10:39 PM