Its Competition All the Way Down: On the Spontaneous Anthropology of Contemporary Capitalism 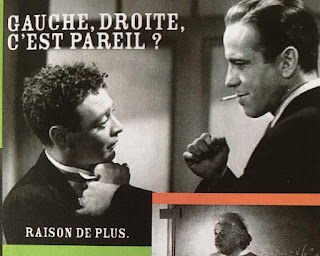 As much as people love to cite that ubiquitous remark by Fredric Jameson about the end of the world and the end of capitalism. You know the one. There is another, less discussed line, that covers the same terrain of ideological struggle and the limits of the imagination that I prefer. It is, “The market is in human nature’ is the proposition that cannot be allowed to stand unchallenged; in my opinion, it is the most crucial terrain of ideological struggle in our time.”

I have heard some version of this claim nearly every time I have discussed Marx or capitalism in a philosophy course. The argument, to the extent that it can be called that, takes two forms. The first version goes something like this, we are competitive by nature thus any political or economic system not driven by competition will be necessarily repressive. The second version argues that everything that makes our life livable, every discovery, ever scientific breakthrough, and all productivity stems from competition. Life without competition would be nasty, brutish, and short. A world without competition is a choice between two different versions of the gulag.

In the recently published Contre-Courants Politiques Yves Citton offers an interesting characterization of this spontaneous anthropology of competition. As Citton argues most people who believe in this ideal do not exactly live accordingly, are not throwing themselves into activities that risk life and well being. As Citton states, "They are content to believe. They believe that they believe, and believe that it is either competition or the end of the world." What strikes me is Citton's formulation "they believe that they believe." As Citton argues, competition is often less something that one actually engages in then a justification of the way things are. It allows those in power to reassure themselves that they played fairly and won. Competition is a veneer applied to existing hierarchies and inequalities giving them the shine of a contest. All complaints or criticism are relegated to sore losers.

Perhaps a few more words about Citton's book are necessary. Citton takes as his starting point the often uttered assertion that the old polarities of left and right no longer apply. Citton's response is not to accept uncritically this assertion, or to argue once again for the relevance of the old definitions of left and right but to critically take stock of the new divisions. The book is organized in nine dualities, mapping different points of tension. Some of them are familiar, taking up existing political divisions, like the Accelerationists and the various "slow" movements, food, thought, etc. (well at least the former is a political position or, more often than not, an epithet) others are attempts to name points of tension that are more inchoate, less likely to be named.

"Competitivists" is one such pole. As much as there are official and explicit ideologies of competition such as neoliberalism, there is also the more inchoate sense that capitalism is competition and competition is human nature. Underlying this belief in competition, or the belief in the belief, is the assertion that collectivity, the collective intelligence of human beings, manifests itself only by negating itself. The only collectivity capable of directing social life is the negation of collectivity, it is the invisible hand. Very often this ideal of competition does not end at the economy or the social world, throw in some evolutionary psychology or at least a few references to Darwin and it is competition all the way down. Every action, every living thing, is locked in a battle of all versus all.

This brings us to the opposite pole. Citton names this opposed pole "pollenists." Pollenists begin with the image of the bee, but a different fable than Mandeville's "public use of private vices." The bees in this case are the pollinators who are indispensable to agriculture, and thus our survival, while being overlooked by most of the tactics used to increase that productivity. Pollination exceeds any attempt to calculate based on competition. As Citton writes,

"Pollenists see in pollination the image of a more general truth, which goes far beyond the world of insects to give the key to our inscription in our world. What is education, if not something that pollinates our knowledge and our human relationships? How to measure (compartmentalize, individualize, digitize, calculate) what our societies gain with the production, the diffusion, the circulation of a knowledge, an idea, a gesture, an image, a melody, of a play on words."

The new fable of the bees is one about the externalities necessary to biological and social existence. In place of isolated individuals locked in competition there are relations of influence, dependence, and mutual transformation that exceed calculation and individuation. (If one wanted a clear illustration of pollinists as a politics or political philosophy, the Beehive Collective in Maine is a good illustration). Citton sees these as two different polarities in political opposition. However, it is also possible to see them as two different aspects of capital itself. Marx famously argued that the sphere of exchange was one of "freedom, equality, and Bentham," that competition, individuation, and self-interest were necessary after-images of market relations. To this he juxtaposed the sphere of production, which was necessarily a sphere of cooperation, of collective work. More to the point, Marx sees this division in two different ways. Sometimes he posits cooperative production against individual exchange, including the exchange of one's labor, but in other instances the salient opposition is between the freedom of the market and the coercion of labor.  As Marx writes,