The Devil is in the Details: Twilight Zone's Demonology of Capital 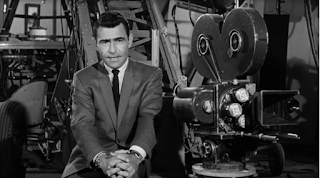 It is impossible to overstate how much a fan I was of The Twilight Zone.  I watched every episode of the old show, it was the reason that I had a small black and white TV in my bedroom growing up; subscribed to the magazine, a magazine which covered science fiction and published original short stories; and watched the movie and reboot.

Perhaps the most iconic plot on the original run of The Twilight Zone is the deal with the devil. The story usually goes as follows, an individual makes a deal with the devil for some desired outcome, riches, power, or health, and finds himself suddenly faced with some unintended consequence. The devil is in the details and every attempt to orchestrate the perfect wish inevitably backfires. One can wish to be the ruler of a powerful country and find oneself Hitler, or wish to have piles of money only to have to deal with the taxes, and so on. (Those examples are from The Man in the Bottle, which in this case dealt with a genie and not the devil).

It is tempting to see the devil as just the characterization of the show's irony, and love of the twist ending. After all Rod Serling is famous for perhaps the greatest twist ending in the history of movies. That a deal with the devil could go wrong is not something that the characters on the show are unaware of, however, every one tries to outsmart the devil. Take the season one episode titled "Escape Clause" for example. A bitter and angry hypochondriac named Walter Bedecker makes a deal with the devil for eternal health and life. Walter Bedecker, doesn't seem to enjoy life, spending every hour convinced he is sick he miserably lashes out at the doctor and his wife. He exemplifies Aristotle's picture of the miser, he is not interested in the quality of life, in living well, but the endless accumulation of its quantity. As Aristotle puts it, “The reason they are so disposed, however, is that they are preoccupied with living, not with living well.” He is not without his cunning however. From the outset the devil, a jolly rotund man named Cadawaller, seems to be outwitted; someone who never dies will never have a soul for the devil to own. Walter Bedecker takes on his newfound immortality with reckless abandon, throwing himself onto train tracks, drinking poison, etc. His wife finds him about to leap from a building and dies trying to stop him. Walter confess to killing her with the idea that the electric chair would be a fun thing to try. Unfortunately his hardworking lawyer gets him a life sentence instead. Hell is a place on Earth. Luckily this particular deal with the devil has an escape clause. Walter can opt out of eternal life at any moment, quickly shedding his mortal coil, and then his soul belongs to the devil. The devil is in the details, or, in this case, the fine print. 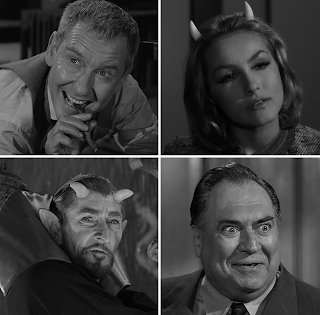 The Twilight Zone's devils may prey on the sins of vanity and greed, but their methods are more bureaucratic than theocratic. The deal is exactly as it is presented; what is concealed is only what the seller failed to see, the unintended consequences of their decision. It seems fitting that a society that venerated the unintended consequences of human actions through a theology of the market would find its image of the devil in these same actions. While the theology of the market is the invisible hand transforming unintended consequences into social benefits--our earthly god, its demonology is the way in which a pursuit of individual self-interest necessarily comes up against the limits of individual knowledge bringing unanticipated consequences on the individual. No one can anticipate all the possible ramifications of one action, even of one wish, even eternal life has its unforeseen downside. The god of the market reassures us that our self interested actions benefit society, but the devil of responsibility reminds us that we will be held accountable for even those things we never could have predicted. I should mention at this point that I have been reading Adam Kotsko's Neoliberalism's Demons, but I probably should have read The Prince of this World.

The episode that goes the furthest in this theology of capital is from season four, "Of Late I think of Cliffordville." Incidentally the episode is perhaps the source of one of the most famous misquotations in contemporary popular culture. In Die Hard Hans Gruber famously states, "And when Alexander saw the breadth of his domain, he wept, for there were no more worlds to conquer." He credits this line to Plutarch and thus to the benefits of his classical education. However, no such line appears in Plutarch. It does, however, show up in The Twilight Zone. Perhaps by classical education he meant classic television. A similar sentiment appears in yet another classic, Marx's Capital. As Marx writes describing the logic of accumulation, "This contradiction between the quantitative limitation and the qualitative lack of limitation of money keeps driving the hoarder back to his Sisyphean task: accumulation. He is in the same situation as a world conqueror, who discovers a new boundary with each country he annexes." It is not Alexander who needs new territories to conquer, but the modern demand of capitalist accumulation. As we will see this is in line with the episode in question.