We Are the Robots: Division of Labor/Divisions of Society in the Automated Society 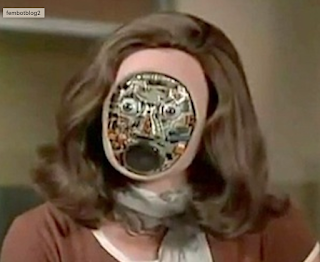 The number of popular books on work, books aimed beyond the narrow confines of specific disciplines, outnumbers the numbers of academic books, or more to the point, the number of books in philosophy by a ratio of at least five to one. A quick browse of Amazon (more on that company later) reveals a surprising number of books on automation, uber, service economy, etc., and that is not even counting the books that are aimed less at understanding work than reinforcing its ideology, the Seven Habits of Thoroughly Intrepellated Subjects., etc. While there has been a rising number of books within the critique of work, Weeks, Fleming, etc., these books tend to be from the perspective of sociology, political theory, or even management studies rather than philosophy. (Extending the scope beyond the Anglo-American world does change things a bit, in France at least Philosophy of Work is more than an oxymoron).

Two recent books from both the first and second columns, from the popular and the philosophy work, intersect in surprising ways. The two books in question are On the Clock: What Low Wage Work Did to Me and How it Drives America Insane by Emily Guendelsberger and Powers of the Mind: Mental and Manual Labor in the Contemporary Political Crisis by Michael Bray.

On the Clock begins with a premise that might seem familiar to a lot of people. Emily Gundelsberger loses her job at the Philadelphia City Paper as it is shuttered along with other alt-weeklies across the country. The combination of financial exigency and journalistic curiosity leads her to take a job at an Amazon fulfillment center. This is only a few years after exposes about Amazon appeared in the Allentown Morning Call, Mother Jones, and Huffington Post. If this sounds a lot like Nickel and Dimed for the digital age it seems to me that the at differs on a least two points. Guendelsberger is in some sense slumming it, taking a job well beneath her previous salary and benefits, but this really is her job. Even as she switches from Amazon to a call center and later McDonalds this is not a funded research project but a series of jobs. As depressing as it sounds it is not hard to imagine someone going from reporter at an alt-weekly to Amazon worker. When Guendelsberger sleeps in her car while working at a call center it is truly the only option she can afford. Second, as much Guendelsberger is driven by an imperative to do field work, to see how “the other half lives,” even as the division between the two halves is increasingly a thin red line, it is not above doing research as much as legwork. The stories from the modern work space are interspersed with references to Frederick Taylor and the history of management, Foucault and surveillance, and studies of the effects of stress. These two aspects are very much in tension, Guendelsberger makes as many references to the fact that she is too tired to read after a day of working as she draws from her research.

Guendelsberger is sustained by a central theme or premise that can be easily illustrated. Anyone who has worked in food service or retail since practically such jobs were first invented has heard the phrase “If you’ve got time to lean, you’ve got time to clean.” For long time that was just that, a phrase, something uttered by day shift managers to eeck out a little more work. Monitoring technology and scheduling software have made the phrase a reality. The ebbs and flows of busy periods, what Guendelsberger calls “being in the weeds” and slow periods when one could lean, hang out, or goof off, have given way to constant work and stress. As Guendelsberger’s co-workers at Amazon point out, the real horror story of the distribution centers is not the drama of ambulances parked outside for heat exhaustion, this is part of warehouse work that they are used to, but the daily grind of constantly hustling to keep up with a handheld scanner that not only tells them what to do but monitors and evaluates their progress. The picture that Guendelsberger paints is less one of some kind apocalyptic event, like automation replacing jobs, the a constant grind which wears people down to nubs.

In the final section Guendelsberger draws out some of the political implications of this transformation focusing on the effects of the constant stress and powerlessness. It is one in which people feel angry, powerless, and detached. As Guendelsberger asks," Why do people vote against their self-interest? Because when national politics hasn't truly improved the lives of the nonwealthy in decades and is covered like sports, why take it any more seriously than professional wrestling?" Guendelsberger joins books like Jennifer Silva's recent book in arguing that contemporary work is a kind of experiment in learned helplessness.

Michael Bray’s book is one of the few philosophy books in recent years to take work seriously, and one that starts from the continued relevance of the division between mental and manual labor.  For Bray the continued relevance of such a division is leveraged against the recent, or somewhat recent, attempt to make intellectual, or immaterial labor, a radical force. Bray argues that contrary to this idea of a new transformation of the intellect and labor the division between mental and manual labor is primarily a division between management and worker, concept and execution.

Bray's book demands a longer response than I have time for here (especially since it involves a criticism of my first book, The Micro-Politics of Capital). At this point I would just like to comment on one particular aspect that intersects with Guendelsberger. Bray argues that neoliberalism has to be considered an intellectual project not just in the sense that it was advocated and disseminated from the Mount Perelin society to the University of Chicago, but that it entails a particular conception of the intellect. The various theories of the neoliberal moment, rational choice theory, game theory, evolutionary theory, and even some of the more heterodox forms of behavioral economics all for the most focus on context independent rules and strategies that any individual can apply to any situation. As Bray writes,

In the process, the political implications of strategic rationality's abstractness were made manifest: its simple rules, its grounding presuppositions, can be brought to bear on social reality only to the extent that reality is constrained to match those abstractions. Only by omitting much of the contingency of meaning and value that characterizes any concrete situation, the constitutive character of interelationality and uncertainty, can such reasoning be applied to them. Whatever does not conform to the premise of self-interested self-maximization comes to appear as a failure to achieve that goal. This explains the peculiar, highly specific, flexibility of its applications, shifting effortlessly from the staunchest defense of "established facts" to the most intensive skepticism of "scientific consensus," all depending on the extent to which such truths further the economic and political outcomes that such rationality presupposes and serves. The inverse side of skepticism is the force used to subsume the world under a rationality identical to the maximization of self interest.

In place of a common general intellect the current era is marked by an abstract and isolated individual intellect. Here the general intellect is less the intellect in general that Virno celebrated, the materialization of the communal and collective knowledge than the isolation and separation of the the intellect into various functions. It is closer to the way Marx used the term in The New York Daily Tribune. As Marx writes , “...the progressive division of labor has, to a certain extent, emasculated the general intellect of the middle-class men by the circumscription of all their energies and mental faculties within the narrow spheres of their mercantile, industrial and professional concerns.” Here the narrowness is less that of a specific object or concerns than a general set of rules that can be applied to any concern, transforming self-interest, profit, and risk into the general matrix that makes sense of the world. However, very things that such a rationality neglects, context, culture, and history, return as unstated premises.The same thing is true of the mechanization of this intellect, the coding of individual strategies and choices into algorithms. These conceal and hide their bases and biases in the formalism of their rules.


Here is where the two books converge, albeit partially, I would argue that the unstated backdrop of much of the dissemination of rational self-interest is the dissemination of the stress and helplessness of contemporary work. These are two sides of the destruction of solidarity, one affective at the level of bodies and the other intellectual at the level of minds. These are two different sides of the same process, the same negative solidarity, viewed from the order and connection of ideas and bodies.

Posted by unemployed negativity at 11:36 AM