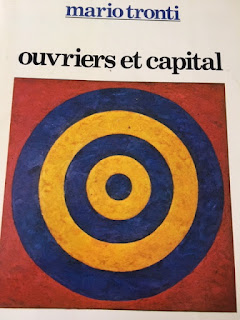 
In general it is bad form, not to mention questionable scholarship, to treat Marx like some kind of scripture, quoting specific passages rather than looking for the overall logic or idea. Despite this injunction I often find myself obsessed with a particular passage from Marx (hell, I wrote an entire book that is a commentary on one passage from the Grundrisse).  In my defense this is because, as many readers of Marx will recognized, Marx's mature thought, from Capital onward, often crystalizes in incredibly provocative and polemical passages that stand as mountains above the arid plateaus where linen is exchange for coats. Speaking of arid plateaus the first passage that I have been obsessed with comes from Volume Three where Marx writes.