The World as Affect and Institution: On Lordon's Vivre Sans? 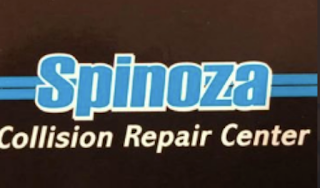 Frédéric Lordon's latest book, Vivre Sans? Institutions, Police, Travail, Argent... is a conversation with Félix Boggio Éwanjé-Épée (who among other things runs the great review Période), although one in which Lordon's responses to Éwanjé-Épée's questions. Lordon uses the reflection to situate his particular Spinozist/Marxism (perhaps more adequately grasped as a kind of left Spinozism) with respect to both traditions of radical thought, Badiou, Deleuze, Agamben, and Rancière, and the current radical movements, Gilet Jaunes, ZAD, and the invisible committee. In doing so Lordon  not only begins to clarify his own conception of a politics of  affects and institutions, but also continues to develop a Spinozist (rather than a Marxist-Spinozist) concept of politics.

As the title of the book suggests the central question is one of escape, of flight, to what extent we can live outside of institutions, of the state and the economy. There is plenty of reason to want to flee existing institutions since most are not only ineffective but act directly counter to the ideals or goals they express. A point Lordon makes with respect to The Wire as the cultural paradigm of neoliberalism.
"As one knows, the strength of the series The Wire is its status of the chronicle of the curse of institutions. Our age has raised this curse to the summits. The university becomes a place where it is impossible to think, publishers where it is impossible to write, the media a space where it is impossible to bear witness to the world, the hospital to get care, etc. Although under the rule of the wage relationship, that is to say of the iron law of life to be earned, people end up leaving, disgusted, sometimes demolished by these very institutions...It is evident that neoliberalism is a power without precedent in the becoming infernal of institutions "
Why would one want to stay with such institutions? In the first long chapter Lordon turns this question around to argue that the prevailing orientation of much of French (and Italian) philosophy is profoundly anti-political in that it primarily understands politics as flight from what exists. The paradigmatic instance of this is Deleuze (and Guattari) who understood politics primarily as a line of flight. The lines of flight, the deterritorialization, is primary. Every institution, every organization, can only be a capture of the lines of flight. Politics, actually existing politics, takes on a tragic dimension. A similar line can be found throughout Ranciére where the ephemeral and revolutionary moment of politics, of the contestation of an existing division of the sensible, is against the inevitable return of the police. Despite all of their differences of "Becoming in Deleuze, the moment of true politics in Rancière, the destitution of Agamben, Badiou's event: singularities. Anti-politics is trapped in a politics of singularities. The regular interests no one."
This is not to say that Lordon reduces all of these philosophers to saying "the same thing." Lordon takes time to deal with two different figures of anti-politics, Agamben and Badiou, and in doing so begins to sketch out his Spinozist concept of politics. It seems hard to claim that Badiou is a thinker of anti-politics, his militant prescription would seem to be rigorously opposed to the anti-politics of flight or disruption. For Lordon Badiou's anti-politics is found in the rigid divide between interest and fidelity. Lordon's entire philosophical trajectory begins with a rethinking of interest, beyond its reduction to animalistic activity or even neoliberal anthropology. Both of which overlook the maleability and intransitive nature of striving, of interest, that is at the heart of Spinoza's anthropology. As Lordon writes "Spinoza does not enter for a moment into this figure of the abasement of interest. On the contrary, he completely subverts it. All is interest, there is only interest in human behavior, whatever it may be - this is the part of subversion that sounds first as a provocation." If interest is not as debased as Badiou makes it out to be then fidelity is also not as esteemed. Or at least it cannot become the basis for a decisive rupture. There is a limited efficacy of the true insofar as it is true, and of the capacity for fidelity to the truth to change the world. For Lordon Badiou's idea of fidelity can only be a politics of the sage, of beatitude. In other words, it is not a politics at all, but an ethical ideal found by a few. Politics must be of the many, encompassing their interests, desire, and affects.

A similar division burdens Agamben's thought. Lordon argues that Agamben's politics is framed by the difference between life and form of life. It is this difference that is articulated and annulled by the various dispositifs of society. An apparatus transforms life, in its indeterminacy into a form of life, into a historically specific relation. For Agamben the ideal, both ethical and political, is that of a life which cannot be separated from its form. "If separation is the schema which haunts the thought of Agamben, inseparation is that which is affirmed in the thought of Spinoza and it is the basis of his fundamental claim: radical immanence." As Lordon argues the very idea of a life that can be separated from its form of life, a power separated from its actualization, a gesture separate from its realization, is impossible from Spinoza's perspective. The conatus is always already determined by an affect or another, and, in turn, the individual's striving is always already acted on by the multitude. This ultimately leads to a fundamentally different sense of an institution. Rather than see the institution as that which acts on, and organizes, an inchoate potential, there is no power, no striving, that is not always already oriented. It is not just that Agamben fails to be a good Spinozist, something he never claims to be, but that the contrast between Spinoza and Agamben reveals a different sense of the institution and politics.

Lordon's reading of the anti-politics of the philosophers is just a preamble to the central question of institutions and politics, the question indicated in the title, to what extent can we live outside of institutions. This question is not framed in response to philosophers who are largely from the twentieth century, but from radical movements of the twenty-first, ZAD, Gilet Jaunes, and the Invisible Committee. Lordon's answer to the question of whether it is possible to live without the state or the economy involves expanding on the intersection of affects and institutions that is at the center of Lordon's book.

Examining the state, means understanding at its most fundamental level the organization of affects that make up collective life, the imperium. Imperium reflects an onto-anthropological sovereignty that is prior to and the condition of institutional sovereignty. This is a reflection of Spinoza on the affective constitution of the political in the Political Treatise. As Spinoza writes, "Since men, as we have said, are led more by passion than by reason, it naturally follows that a people will unite and consent to be guided as if by one mind not at reason’s prompting but through some common emotion, such as a common hope, or common fear, or desire to avenge some common injury." To which Lordon adds that this common emotion is nothing other than the singular affective comportments of the individuals, but its common status, a commonality that is nothing other than the imitation of affects, gives it an element of authority, constitutes its immanent transcendence. Situating the state at the onto-anthropological level makes it seem all the more unavoidable, there is no collective life outside of the collective imitation of affects. It also makes it possible to grasp the different states, not just in terms of the institutional structures and imperatives, such as the capitalist state, but in terms of affective compositions as well. Specific forms of the state must be understood as an affective composition as much as a legal or economic one. As Lordon writes regarding the contemporary state, "Perhaps this is the core of fascism: a sadistic drive cast in a legitimizing institutional form."

There is no escape from the imperium, from the collective organization of affects, as much as there are escapes, or transformations of the state. As Lordon argues, the political question, or at least a political question, is Lenin's question, when does the affect of indignation become an institution of revolution, how does discontent become a different power. This is the question posed by the massive waves of people in the streets in Paris, but across the world, Chile, Iran, Hong Kong, etc., When does the affect of indignation become a new organization of collective life? I think that this question can be turned back onto Lordon's own analysis, on a Spinozism that places affects at the center. I would argue that part of the affective turn is itself a product of a larger interregnum. Affects are all that remain as the old dies and the new is not yet born. The existing system is bankrupt affectively, it can no longer elicit our love or dedication, governing by fear and anxiety instead. This explains the limits of anti-politics, affectively we have already left, the state is abandoned, its structures  are maintained by a skeleton crew of sadists. To paraphrase Gramsci, the monsters of the interregnum are primarily lived as affects that are out of sync with their institutions, some by default others by excess.

As the debates with Badiou and Agamben make clear Vivre Sans? can also be read as an argument for the continued relevance of Spinoza, not Spinoza read through or with Marx but Spinoza. Spinoza is foundational not just as the basis of an ontology or politics but also a political economy. This comes up in the final section, the section dedicated to the question can we live without the economy. As with the state Lordon's answer is yes and no; we can live without this economy, without capitalism, but some economy, some division of labor is necessary. What is striking is Lordon finds this answer in Spinoza. As Lordon writes, "Spinoza does not break with contractualist thought between the TTP and the TP, but in the interior of the TTP, and this rupture has for its operator the question of material reproduction and the division of labor." Lordon is referring to the passage in the TTP that reads as follows. "The formation of a society is advantageous, even absolutely essential, not merely for security against enemies but for the efficient organization of an economy. If men did not afford one another mutual aid, they would lack both the skill and the time to support and preserve themselves to the greatest possible extent." There is no escape from the division of labor. From this point forward there is no economy that is not a politics, and no politics that is not an economy, the division of labor is the constitution of society. This is Spinoza's short circuit.  We can leave behind the capitalist state and the capitalist division of labor, but not the shared affective life that is the condition of any state, any political organization, and the dependency and complexity that is the condition of any economy.