The Spontaneous Ideology of Conspiracy: This One on Marx 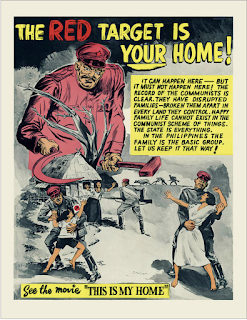 Sometime awhile ago I came up with the idea of doing a trilogy of posts on conspiracy theory, or modern conspiracy thought, read through Spinoza, Hegel, and Marx. I am not exactly sure why the idea appealed to me, in part because I increasingly consider Spinoza, Hegel, and Marx to be the cornerstones of my philosophical thought, even if these cornerstones come through the mediations of Tosel, Jameson, and Althusser (to name a few), but in this case, more specifically it seemed worth asking what would three critics of the mystifications of their day make of our modern mystifications.

After writing the pieces on Spinoza and Hegel it took me a long time to even consider writing a piece on Marx. The intersection of Marx and conspiracy theory just seems too big to take on in a blogpost. This is  in part because for many in the US, Marxism is both the name of an actual conspiracy and a conspiracy theory. It has become increasingly so in terms of the former, the right has dealt with decline of the Soviet Union not by giving up on red scares, but by making the object of such ghost stories more and more diffuse and conspiratorial.  Marxism, or communism, are not to just to be found in open appeals to revolution, or organizing workers instead everything from Critical Race Theory to the casting of a Disney film can now be seen to be the work of Marxism in its more diffuse cultural form, a plot that becomes more insidious the more indirect its connection discernible political goals become.

At the same time that Marxism is seen as conspiracy it is argued that its understanding of history and politics which sees the interest of the ruling class behind everything is fundamentally a conspiracy theory, if not the fundamental conspiracy theory. As is often the case, I would argue that this idea that Marxism is a conspiracy theory gets things wrong and upside down. To gesture to a much larger argument, I would argue that Marx's fundamental theoretical innovation is to present an understanding of economic, social, and political relations that breaks with every conspiracy theory in that its primary mode of explanation is not individual intentions, or collective strategies, but the economic and social conditions that exceed any intention or conspiracy. The actions of capitalist with respect to wages and working conditions are, to use the parlance of our times, dictated by the demands of the market, by the demand to be competitive, etc., what Marx would perhaps more simply call the extraction of surplus value. Marx stresses that this structure is absolutely indifferent to the conscious intentions of not only the workers, who must conform to it in selling their labor or risk losing their jobs, but to the capitalist as well. As Marx puts it, in the mouth of the worker addressing the capitalist,  “You may be a model citizen, perhaps a member of the R.S.P.C.A. [Royal Society for the Prevention of Cruelty to Animals], and you may be in the odour of sanctity as well; but the thing you represent when you come face to face with me has no heart in its breast.” As I argued with respect to Spinoza (see the link above), if the defining characteristic of most conspiracy theories is understanding the world in terms of ends, of deducing the conspiracy from effects, (if talking about race makes white people feel bad that must be the reason behind such teaching, and so on, Marx's fundamental argument is how little ends and intentions mean in understanding social and political life. Marx's criticism is not one of "capitalist greed" as a moral failing, but of the structural conditions that cause capitalists to seek cheaper workers, to demand more of workers, and so on regardless of their moral character. This is the real meaning of Marx's invocation of vampires and werewolves, not to call the capitalist a monster, but to claim that there is something monstrous in capital that exceeds intentions and is found not in the hearts of human beings but in the social relations that produce and reproduce them. 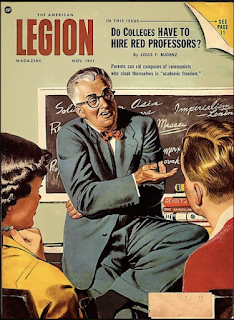 As something of an aside, I will suggest that part of Marx's legacy on critical theory, for lack of a better term, is this demand to think in terms of structures that exceed and situate consciousness, this, as I have argued awhile ago, is partly what is at stake in the concept of the mode of production. This legacy goes beyond those who are explicitly Marxist. What Foucault called a dispositif, or apparatus, what Deleuze and Guattari referred to as assemblages or machines, were also an attempt to think the structural over and above the intentional. They are in some sense an attempt to articulate a concept that could displace the mode of production understood as the articulation of material practices and ideas, what Marx called base and superstructure. In Foucault this becomes the relation of power and knowledge, while in Deleuze and Guattari it becomes that of machinic assemblages of bodies and collective assemblages of enunciation. Both of which could be understood as an attempt to expand the explanatory framework beyond the putatively economic to encompass the production of knowledge and desire.

Closer to home, the insistence on the term "structural" in "structural racism," as well as similar attempts to think patriarchy as a social and political structure, are all attempts to theorize racism, sexism, or misogyny without reducing it to individual prejudices, biases, or attitudes. I would then say, summing this up all too quickly, not only is Marx's thought not a conspiracy theory, Marx's fundamental move of thinking relations, structures, and institution in excess of intentions and understandings is the antechamber or all theories that want to be more than conspiracy theories that want to understand the structural conditions and not the individual attitudes as the basis for exploitation and domination. 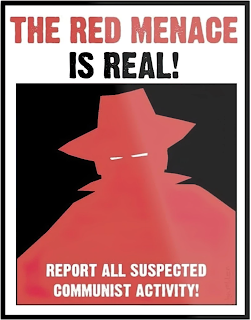 Such a point is beyond the focus of a blogpost, and, moreover, it was not what I intend to get at here. My question is what does Marx offer for thinking the conspiratorial turn in contemporary politics. The first point, which I have already more or less uttered, is that a great deal of what we call conspiracy theories are really just anti-communism, and that these theories have become more baroque and oblique as communism as a political force retreats into historical memory. They are in some sense a kind of anti-communism without communism, as Seymour argues. It is the decline of Marxism as a political force that leads to the demand to find it everywhere; everything that challenges the existing order, not just the economic order but its racial and gender aspects as well, from teaching about the history of slavery to non-binary gender identity can be labelled "Marxist." (The irony of this is that actually existing Marxism, especially in its more official state varieties, has had a spotty at best record when it comes to understanding race and gender as sites of domination and exploitation. Many Marxists of an old school variety are perhaps surprised to learn that anti-racist education is secretly Marxist and that Marxists are behind the demand to respect individual's choice of pronouns). Second, Marxism is integral to understanding the real conditions of social and political life which are in some sense experienced as a vast conspiracy. As I have alluded to above, Marx explains, better than any conspiracy theory the way in which prevailing economic and political relations produce the feeling of helplessness and lack of control that is, as Marcus Gilroy-Ware argues, the raw material for most conspiracy theories.

Of course the fundamental question is if it is in some sense the relations of capitalism that create the conditions of alienation and powerlessness which in turn create the condition for conspiracy theorizing, why do such theories name everything but capital, or the ruling class, as the agent of this conspiracy. This is part because the demands of capital are too open, too disclosed to be the object of a conspiracy theory. There is no riddle to solve in saying that capital is driven by the extraction of surplus value, or, as they say, the pursuit of profit. It is openly declared in every newspaper, website, and news broadcast. Without a secret, without the ability to be in the know, there is no affective appeal to a conspiracy theory. We are stuck in a kind of perpetual purloined letter situation in which it is because the existing goals of the ruling class are so out in the open that there is a need to create a kind of bizarro world inversion of this world in order to believe in the conspiracy that must exist. While it is fairly clear to anyone paying attention that the established position on COVID for example is to declare it over again and again in order to be able to get people back to work and to end any state spending on aid, testing, or vaccines, such a goal is too open to muster any theorizing, too public to generate any critique, so we get a bizarro inversion where the powers want to keep the pandemic going, want lockdowns, mask mandates, and vaccines for some vague reason of control. At the same time, it could be argued that the fact that conspiracy theories generally leave capitalism untouched, approaching it only obliquely through the antisemitic fear of global elites, demonstrates to what extent the demands of capitalism have become, as Marx writes, self-evident natural laws, wage labor as a mode of existence and commodification as the realization of pleasures remain unexamined by conspiracy theories. Thus to butcher a phrase, is easier to imagine the world controlled by lizard people than it is to question the existence of wage labor and the commodity form.

Posted by unemployed negativity at 6:05 PM