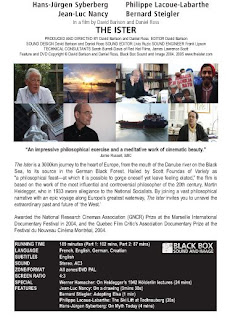 As someone who reads, teaches, and writes on a great deal of French philosophy I hate to get caught up in the phenomena of the “next big thing from France”: the way in which there always seems to be a new French philosopher of the moment, from Derrida, to Foucault, to Deleuze, to Badiou, etc. For me “French Philosophy” is interesting for the questions it addresses, questions that ultimately have to do with the constitution of subjectivity and the formation of knowledge, but are not limited to that. Moreover, these are not exclusively French concerns, extending into the work of Paolo Virno and Antonio Negri and drawing on the work of Spinoza, Hegel, Marx, and Nietzsche (to name a few). All of this is really nothing more than an apology, however, for what follows: a discussion of the work of Bernard Stiegler, arguably “the newest thing” from France.

In the last month two translations of Stiegler’s works have come out from Stanford Press. This is to some extent odd, since it is not as if people were clamoring for new translations. I bought a copy of the first volume of Technics and Time a while ago, up until this point the only work of his to appear in translation, and it is a used copy that had been taken out of circulation by a university library. So, based on my incredibly unscientific sampling, I would say that there has not been much of an interest in Stiegler up until now.

(Perhaps it has already been done, but someone should do a study of the politics and chronology of translations of French philosophers, but not just the French: it seems to me that there are odd itineraries and incomplete translations that produce their own odd receptions. Case in point: Stiegler has now been translated but Gerard Granel, his teacher, has largely not been translated. Or a similar point could be made with Badiou, whose works of the seventies and eighties, works in dialogue with Lacan, Deleuze, and Althusser, are just now being translated.)

I first learned of Stiegler when I watched, and then screened, the film The Ister. I was initially struck by his theory of historical time as something that is dependent upon technology, understood in its broadest sense. To put it too simply: we have an understanding of ourselves as historical beings because we have artifacts, relics of past ages. These things, such as tools, art, and writing, create a memory, which is fundamentally different from the individual memory that dies with us and the species’ genetic memory that cannot be transformed in our life. Since watching that film, which is primarily about Heidegger, I became further interested in Stiegler when I saw that he cited Simondon. Thus started an inquiry into Stiegler’s work.

To offer something of a brief encapsulation of what I find interesting about Stiegler, I would like to follow Balibar’s suggestion that works of philosophy “incomplete” other works of philosophy, and themselves. Balibar’s examples here are the way in which almost all of Marx’s corpus could be considered to actively “incomplete” Hegel’s Philosophy of Right, calling into question the dialectical sublimation of civil society into the state, but also works such as Heidegger’s Being and Time, which incompletes itself, rendering a second volume impossible. Following this idea of the way in which philosophical works interrupt others, calling into question their theoretical unity, or completing their own unraveling, I could describe Stiegler’s work through two interruptions.

First, and this is close to Balibar’s point, Stiegler completes (or perhaps incompletes) Heidegger’s line of demarcation with Husserl. As Stiegler argues, one of the key points of demarcation between Husserl and Heidegger is the discussion of historicity in the second part of Being and Time. For Heidegger memory, temporality, is not just a synthesis of an individual’s experience, but necessarily involves the already there of traditions and histories. Memory is always already materialized in institutions, structures, tools, and techniques. Second, and in a point that seems to be initially distinct, Stiegler argues that Simondon never connected his concept of the social with his analysis of technology. These two interruptions intersect in that obscure region where the constitution of subjectivity, or modes of being in the world, intersects with objectivity, with things structures and institutions: or, as Stiegler puts it, where the consitution of the who intersects with the what.

To step back a bit, it is perhaps worth clarifying just what precisely is Simondon’s account of sociality. On this point Stiegler stresses that Simondon’s concept of transindividuality is the mutual individuation of the “I” and the “we,” in which individuals are only constituted through collectivities and vice versa.

“In effect, if every I is inscribed in the we that constitutes it, and that it constitutes, if the I and the we are two faces of the same process of individuation, at the core of which develops their tendency to become-indivisible, ceaselessly projecting their accomplished unity, this projection is never concretized except by default, in other words by ceaselessly deferring this completion which, if realized, would be the end of the process of individuation or, in other words, the end of the individual.”

This mutually constitution of the individual and the collective, the “I” and the “we,” is what makes up a history; a history in which a third thing, a culture or a language, is also individuated. If one needed a classical reference for this process, Stiegler argues that this relation of transindividuality can be seen in Plato’s Apology and Crito: the first asserts Socrates’ individuality, his eccentric nature with respect to the community, while the second underscores his belonging to this community. In the interplay between the two, according to Stiegler, a third “individual” is constituted, and that is philosophy. Philosophy remains then for Stiegler an exploration of the relation between the “I” and the “we,” the exploration of their mutual constitution.

This link, constitutive of the “who,” is inseparable from the “what” from the technologies and techniques that constitute memory, from writing to the internet. It is the intersection of the three, the “I,” the “we,” and the “what,” that interests me, as technologies transform the conditions of individuation and the constitution of collectivities. I should add at this point that I have only begun to read the second volume of Time and Technics, and thus begun to explore this relation, but, and his will have to serve as a conclusion it strikes me that Stiegler’s emphasis on the present is in the disorientation of the “I” and the “we” produced by the transformation of the “what,” the deterritorialization of self and community made possible by the industrialization and then digitization of memory. This is in contrast with the work of Paolo Virno, who also takes inspiration from Simondon: for Virno the introduction of the transindividual, language, habits, and affects, into the production process opens up the possibility of the articulation of the common. In a future post I hope to explore the tension between these two Left-Simondonians, as well as the larger question of what Simondon’s concept of the transindividual offers for politics.

Posted by unemployed negativity at 9:21 AM