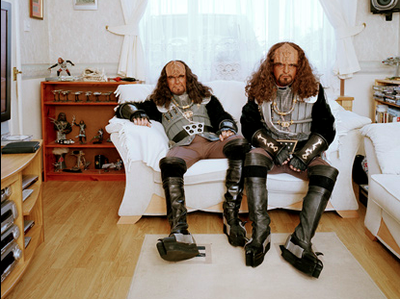 A few posts ago I said that I was going to write a little about Paolo Virno and Bernard Stiegler. Initially I stated that I was going to examine the two as “Left-Simondonians,” as two thinkers that use Simondon to analyze the current conjuncture, specifically the current situation of capital. What initially interested me was the way in which the came to very different conclusions about the current situation. This is still the point that I want to get to, but before I do I want to reframe their respective projects through the general problem of “anthropogenesis.”

The term “anthropogenesis" defined as the study of the origin of humans, is drawn from the work of André Leroi-Gourhan. As a concept and general problem it underlies both Virno and Stiegler's work, but it is more central to Stiegler’s work, whose constant discussion of Leroi-Gourhan and the archaeological record reveals how concerned he is with the origin of humanity. In many ways this idea of “anthropogenesis” is structurally similar to Simondon. For Simondon the individual, the privileged starting point of Western metaphysics and politics, has to be considered as part of a process, not its beginning or ultimate endpoint. In a similar way, anthropogenesis locates humanity, the human, as part of a process and not the ultimate beginning or end. In each case a term, the individual or the human, is criticized not by simply being done away with, but is critically resituated with respect to practices and technologies. What was once posited as origin and end is placed in a dense network.

For Bernard Stiegler humanity begins, when memory ceases to be something interiorized, part of the synthesis of consciousness, and becomes something objectified, embodied in physical structures. “Memory is objectified when it is technically synthesized.” This objectification can be something very basic, even a simple tool, such as a flint axe, embodies a memory, a particular way of comporting oneself, of holding the arm and hand. This memory, embodied in particular technologies and devices, constitutes the basis of a common culture, a “we.” Following Simondon this “we” does not stand apart from an “I,” but is constituted by it. For Stiegler it is necessary to posit the overdetermined articulation of the individuation of an “I,” a “we” and a “what”: less cryptically, at each moment we are dealing with the constitution of a collectivity, of individuality, and of technology. Individuation is historical; it is dependent on the existing technical conditions.

However, something fundamental changes when we get to modern technology, to films, television, and the internet, what Stiegler refers to as the “industrialization of memory.” These technologies do not just create a memory in the passive sense, in the sense of the habits and comportments that underlies any technology; such as the layout of “QWERTY” keyboard, which is the condition of my writing, itself an act of individuation, and your reading, which is individuation as well. As Stiegler says I can only individuate myself if I individuate you, which in turn individuates some third thing, some shared culture. To write is to transform one’s readers, a transformation that cannot take place unless some third thing, in this case philosophy is also transformed. Sorry, I got a little off track there, the crucial point is that this overdetermined articulation is dependent on a difference of time, my time is not the same as my culture. It existed before me and will outlast me; I cannot help but bring a diachronic dimension to its structures. I am invariably out of sync with the very culture milieu that creates me. That difference, which produces a differential of individuations is lost in the industrialization of memory. When I watch a film, or the television, its time becomes mine. I can only follow the movie if I subordinate my times to its time.

Ultimately Stiegler’s point is that modern technology, and with it consumer capitalism, does not allow for the constitution of a “we” or an “I.” The individuals watching do not have the sufficient difference to be constituted as “I’s.” Nor do they make up a “we.” A television audience does not make up a “we”: the population of TV Land is always one. What we are left with is neither a “we” or an “I” but a “they.” I think Stiegler is onto something here: a television audience is neither individual, after all they are watching the same thing, nor collective, since they are isolated in their sameness. It is a kind of serialized isolation. However, I think that he is too quick to conclude that this is a loss of self, of individuation. It seems to me that much of the last fifty or so years of pop-culture, and with it cultural studies, has been obsessed with the question of how to reconstitute individuality and collectivity in the face of the serialized “they” of “industrialized memory.” Fan culture, slash fiction, and ironic distance are all ways to remake some sense sense of self, of collectivity, in the face of a culture that is addressed to “they” to everyone and no one at once.

As something of an aside I should point out that recent transformations in technical/popular culture are thoroughly ambivalent. In some sense technologies such as youtube and wikipedia represent a complete mediation of memory. If I think of an old music video or the opening credits to Land of the Lost, there is no need to simply try and recall it, I can watch it on Youtube. If I have trouble remembering some random fact I can always look it up on wikipedia or google it. Nothing is lost, everything is retained. There is no more hazy nostalgia; no more difference between my memory at that of culture in general. At the same the very presence of all these bits of collected video, not to mention extended wikipedia pages on the life story of Nightcrawler, reflect the individual and idiosyncratic interests of a few individuals.

Ultimately Stiegler seems to identify the loss of self and collective associated with the “industrialization of memory,” a loss of primary narcissism and collectivity, with a kind of cultural destruction. The second essay from Acting Out, as essay that I have been drawing from here, is based in part on the journals of Richard Durn, a Frenchman who stormed his city’s town hall, killing eight people. The loss of self and community is a disease.

Next time I will try to write about Virno’s take on the transformation of the conditions of individuation.

Posted by unemployed negativity at 1:05 AM

Thanks for the heads up. I love it.