Archaisms with a Current Function 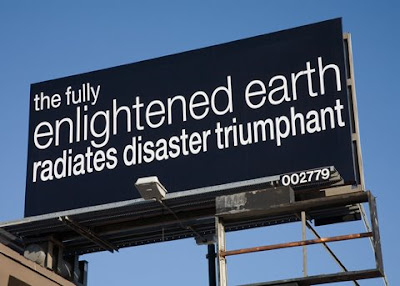 
It would seem that the only thing that links Horkheimer and Adorno’s Dialectic of Enlightenment and Deleuze and Guattari’s Anti-Oedipus are a few superficial and extraneous factors; namely, that they are two collectively authored books, and are works that continue to circulate in the same circles of often cited “theorists.” It is difficult to say more beyond such superficial connections, the walls that separate Critical Theory from post-structuralism are just too high and too thick to allow any exploration of the points of intersection between these two works. At least I do not know of any essay or book which has addressed them both, with the exception of general surveys of twentieth century philosophy or theory. To remedy this situation I would like to sketch out something of their possible points of intersection.


Most immediately there are certain formal connections at the level of what could be called “Theory.” I realize that the term “Theory” is a best a misnomer and at worse a pejorative term, referring to the marginalization of certain types of philosophy, but I am following Jameson’s remarks about theory as general problematization of representation, of language and concept, that breaks down the borders between philosophy and literature. Both of the works in question engage in some very provocative readings, even misreadings, in which concepts and narratives switch places: The Odyssey and Kafka’s "Penal Colony" are read for theories of modernity and power, while the works of Marx and Nietzsche are read in such a way that their narratives and metaphors are as important as their concepts. This is not unique to these works, but it bears notice if only because such modes of writing are often explicated and commented upon, but almost never duplicated. They are more often than not treated as raw material, for conferences and dissertations, rather than models or even tools.

Beyond this formal similarity, a similarity that must be qualified by the difference of theoretical perspectives, there is a shared narrative, even content. Both texts critique the present “anthropologically” or “anthropogenetically,” focusing on society not just as a political system or economic order, but as a formation of subjectivity. The term “anthropology” or “philosophical anthropology” is actively embraced by Horkheimer and Adorno, but perhaps seems out of place with respect to Deleuze and Guattari’s philosophy of desiring machines and bodies without organs. However, the recent revival of a kind of “philosophical anthropology” in the works of Paolo Virno and Bernard Stiegler, in which the emphasis is less on some putative human “nature” than on the relations and processes constitutive of humanity, makes it possible to see the way in which Deleuze and Guattari’s text is concerned with the reproduction and transformation of the human, through multiple codings of desire.

Their respective philosophical anthropology’s are framed by the imposing figures of Nietzsche and Marx. The synthesis of Nietzsche and Marx, if such a thing is possible, is not just a matter of two imposing names, but of two theses. In these texts, Nietzsche stands in for an originary and inescapable cruelty, a violence at the origin of things that never dissipates but only mutates. The Genealogy of Morals is the central text of reference.“The great book of modern ethnology is not so much Mauss’s The Gift as Nietzsche’s On the Genealogy of Morals.” While the reference to Marx is twofold: first, there is the Marx of the 1844 Manuscripts, who wrote of man’s metabolic nature, as nature transforming itself; and, second, there is the general Marxist idea that everything must be historicized, that conflict has to be related back to the mode of production. These two anthropologies conflict: the first sees conflict as primary and irreducible, while the second sees unity as primary, conflict must be historicized. This is a general picture, but one that fits the texts in question. In their quasi-popular reception Nietzsche and Marx could be considered our Hobbes and Rousseau, the first insisting on a war of conflicting wills while the latter holds out the possibility of some kind of cooperation. The writers involved refuse this moralizing reading, but do not refuse the general problem. The idea of a human nature is neither rejected nor embraced, but problematized.

For Horkheimer and Adorno the relation between cruelty and nature, a relation that frames their particular (negative) dialectic forms the modern subject. The overcoming of myth and nature, that defines enlightenment, leads to an overcoming of, and destruction of the nature internal to mankind. The central figure of this narrative is Odysseus who can only escape the horrors of the ancient world by sacrificing himself and calculating. “The lone voyager armed with cunning is already homo economicus, who all reasonable people will one day resemble.” For Deleuze and Guattari the passage into the modern world is less the narrative of a subject, than the formation of subjectivity altogether. Desire, or desiring production, is at first directly political, it is only through capital that desire becomes a private affair. The transition is one from Oedipus, the Greek figure whose desire is immediately public, to the Oedipus complex, desire becomes a private affair and transgression becomes banal. Each text is characterized by odd anachronisms, by a history of the bourgeois subject that begins with Homer, or a genealogy of the state that begins with Ur. In each case there is a similar basic intuition, that the present can only be grasped by seeing the archaic within it. This intuition stems from Marx’s fundamental observation underlying “commodity fetishism,” the mists of the ancient world cast more light on the present than its contemporary texts and debates.

Where they differ is in how they understand the dynamic underlying this history. For Horkheimer and Adorno it is very much a dialectic of enlightenment, a history of reason becoming its other, becoming myth and domination. (I have always viewed this critique of reason as something of a wrong turn, not because I believe in the intrinsically liberating dimension of reason, but because as a materialist I do not believe in “Reason,” as something transcendent and unified. There are only specific rationalities, situated within specific practices. The reason of homo economicus is not reason tout court, as much as it would try to present itself that way.). Deleuze and Guattari provide a history of desire, or, more accurately, desiring production. This term leads to a great deal of confusion and many misreadings that cannot be dispelled here. Desiring production is always assembled, always structured, while simultaneously in excess of the structure. It is what structures the various idols and fetishes, while undermining them. The difference between these two understanding is that the former constitutes a kind of iron cage, in which there is no escape, while the later sees society as constituted by what escapes it. What is less obvious is the way in which this difference has to do with the way in which the latter concept is formulated through an expansion of labor. “Desire is part of the infrastructure.” This expansion is in part made possible by Horkheimer and Adorno’s insights. If culture is indeed an industry, then it must be examined not just according to its standardization and manipulation of its audience, but according to the labor and desire that sustains it. (Which is not to suggest that Deleuze and Guattari have read their work, but have followed the fundamental idea that capital has seized not just industrial production but cultural production as well.)

I not entirely sure where I am going with all of this, my point is not to argue that these two books are THE SAME, by any means, merely that they are more similar than their epigones would admit. I suppose that could be my purpose, to break down the labels and camps that present every text to us as something already categorized, and already read. Second, I would also like to applaud the sheer inventiveness of these texts, their attempt to create new concepts, and new connections. It is clear that such inventiveness is out of sync with contemporary scholarly production. Remove the names and send either one of these books to a publisher, and the rejection notices would come rolling in. Of course there is always room for one more commentary, one more introduction, to these books. If I had a final point to end on, it would be where I began, in praise of such inventiveness.

Posted by unemployed negativity at 12:29 AM

I'm embarassed but these are two of the books that I've repeatedly felt defeated by. I've tried to read them but they both erode my will to read. I hope to actually finish them some day. That said, I really like your spirit of bridge building here, not respecting distinctions and all.

What's the significance of your post's title?

Oops, I just realized I wrote the wrong word. I meant Archaisms not Anarchisms. That is what I get for editing this so early this morning.

It is a line from Anti-Oedipus, it is how they refer to various forms of tradition, religion, ethnicities, and nations, and how they function within capitalism. What I find interesting about both books is the way that they insist on a bizarre idea of history. Reading Odysseus as the modern bourgeois subject can only be wrong, except that it works.

I have no idea what Anarchisms with a current function would mean, but the idea is intriguing.

It would clearly not mean Crimethinc.... :)